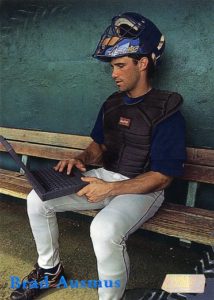 There are a few sets from my childhood collecting days that I’ve always thought have looked stellar. One of those is 1998 Stadium Club, full of great photography with a minimalist amount of information on the front. Just the player’s name, some nicely embossed “baseball stitches,” and the Stadium Club logo with a tiny amount of foil. It was fantastic, and as a kid I could not afford much of it.Plus, there are some great, non-standard shots in the set as well. Brad Ausmus diligently studying at a laptop while in gear is one of my favorites. See? How can you not love that? Think about the size of that laptop, too – how much memory do you think it had?

I’d patiently set up an eBay search for a box of it over a year ago, and last fall I finally pulled the trigger on one. This was the year SC was split between Odds and Evens, so it was an interesting break. I meant to post about it, and do a pack-by-pack highlights of the best and worst pulls from each pack. I had just done a box break of ’95 Skybox E-Motion on the blog, though, and it had worn me out a bit, as odd as that sounds.

Heck, I still have those scans and a note with best/worst card in each pack, so I may revisit it.
However, there’s one card I had to show off on the blog. It came in its own pack, at the top of the box. It’s a thick, lenticular Cal Ripken, Jr. complete with a sound chip! I was so excited. First, the frames: 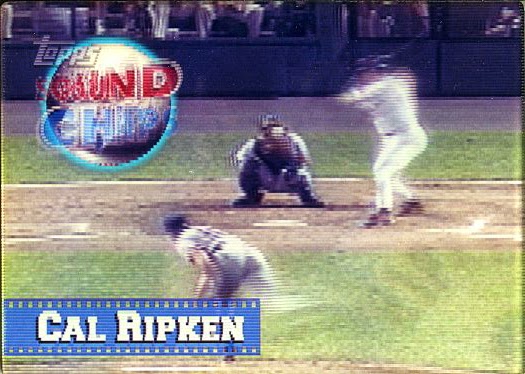 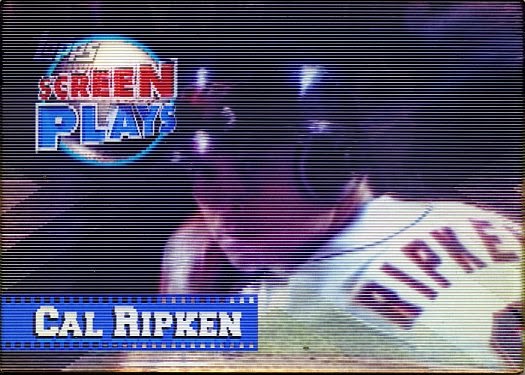 That’s the best I could manage from scanning each direction. The picture makes up the top of a folding card, inside is a fake news piece describing the artifact itself. Now the interior: 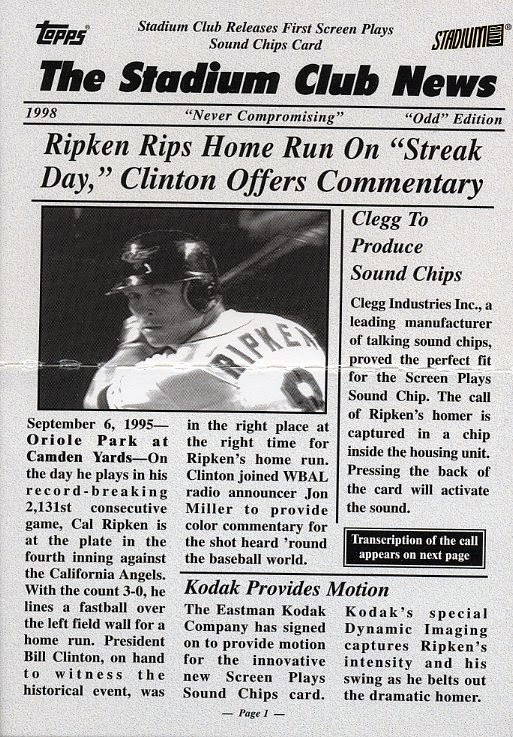 To my dismay, the sound chip no longer functioned. I tried making a gif of the images in motion – hopefully this works.

What a cool card!
Ok, back to the salt, er, study mines. Gotta make room in my brain for Excel functions this semester.
– Bru

0 Replies to “Breaking Into ’98 Stadium Club”