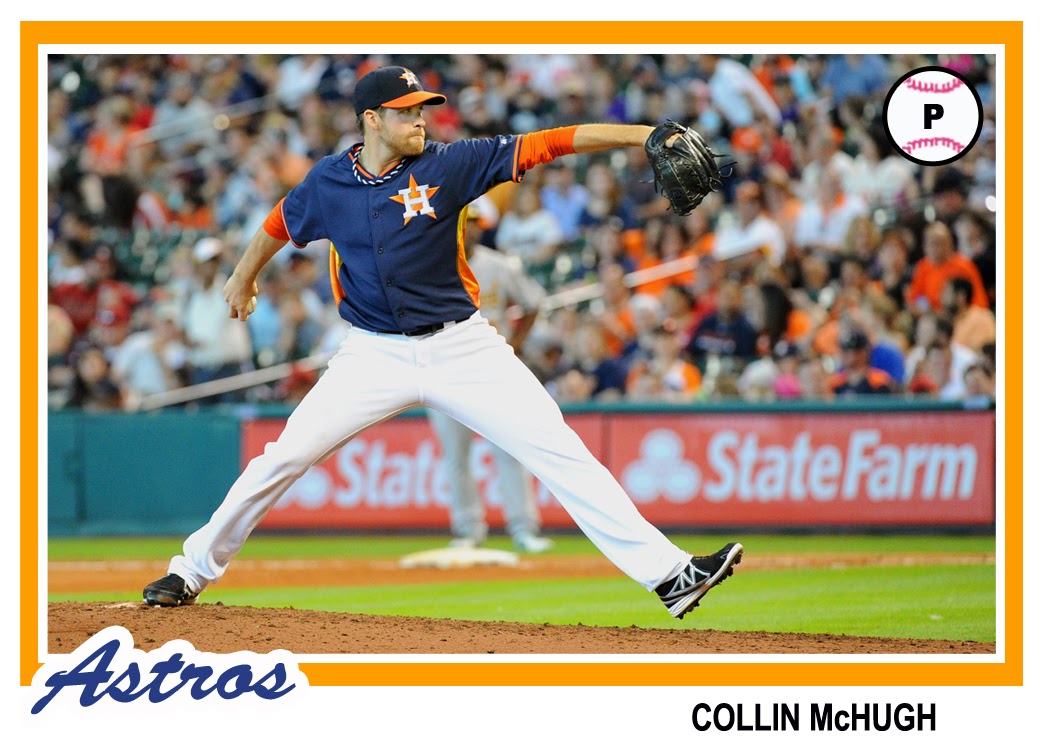 How about a quick, single image post for lunch today? I whipped up this Collin McHugh custom last summer, when I actually had some free time.
It’s based on a ’78 Topps, which I wanted to reinterpret into a horizontal format. Since I made it I’ve gotten a few tips on adjusting it to make it look better, but I also lost my computers with Photoshop on them. This file, and all my other custom work, was saved in Dropbox though, so that’s my consolation prize in the matter.
Anyhow, Collin didn’t have an Astros card at the time. He had a few released in 2015, thankfully, and has pitched nicely most of the season. I’d say more, but I’m really just trying to wipe another post out of the draft folder.
One less draft! One less draft!
For those interested, I’d be happy to share this template. I haven’t made a ’78 back yet, which is why I never printed this. I’d want to make a couple updates to the file first, though, as this was a pretty early custom of mine.
– Bru

0 Replies to “Rescued from the Draft”