Here’s another trade that I failed to acknowledge. Sorry about that Zenus!Back at the beginning of April, Zenus of The Prowling Cat and I shot some cards at each other. I don’t recall what entirely was in my envelope, but I certainly scanned the highlights.

First up, let’s go with an awesome 1998 Collector’s Choice Stick-Ums of my hero, Jeff Bagwell. School is back in full effect – I’m all too aware – and suffice to say that if it was still 1998 this probably would have gone on one of my binders.

Well, if I had owned it and a came across a duplicate way back then, that is. I’m pretty sure that even back then I would have saved one for my personal collection before I would even dream of peeling it off and putting it on something. 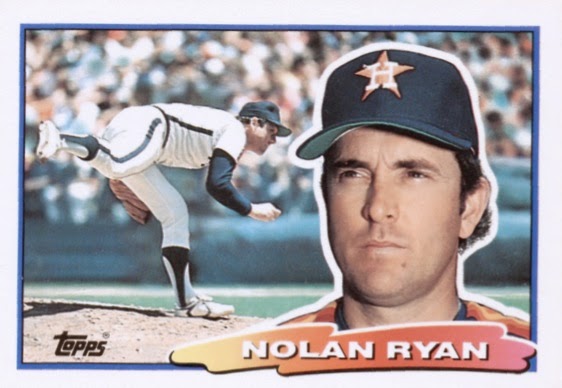 If you follow the blog, you’ll know that oddballs, Astros, and Nolan Ryan are constant favorites here at RTA headquarters. Zenus nailed all three with this Topps Big. Sweet! 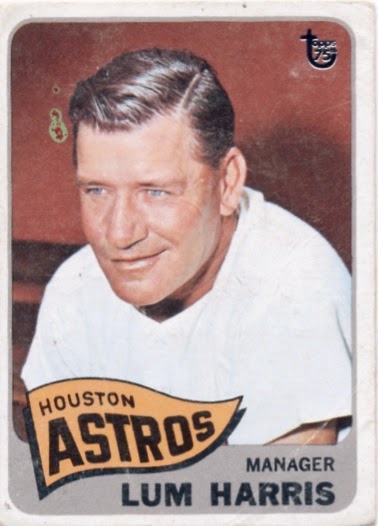 Finally, the cherry on the proverbial sundae, an excellent Topps 75th buyback of short-tenured Colt .45s/Astros skipper Lum Harris, who replaced Harry Craft just before the end of the 1964 season. The re-named Astros didn’t fare well under Harris throughout 1965, however, and by the end of the year he was moved to scouting and Grady Hatton took over as manager.

I’ll take all the Astros buybacks out there, by the way! Many thanks to Zenus for thinking of me when he pulled this one. It’d be great to know which buybacks were issued, but that’s a pipe dream I suppose.