You know what I love? Getting notes like this in my mailbox. Cards are always fun, but I really love it when there’s a note included, no matter how simple it is.

Ray from All Cardinals All the Time did indeed send me some ‘Stros not too long ago (is two-to-three months too long?), but he sent along something else that I liked a whole lot as well!

That’s because Ray put a nice little dent in my want list for these Fleer Vintage ’61 inserts from 1999 Fleer Tradition! First, a trio of Astros: Bagwell, Cami (depicted with San Diego but he came back to Houston in 1999), and Alou. 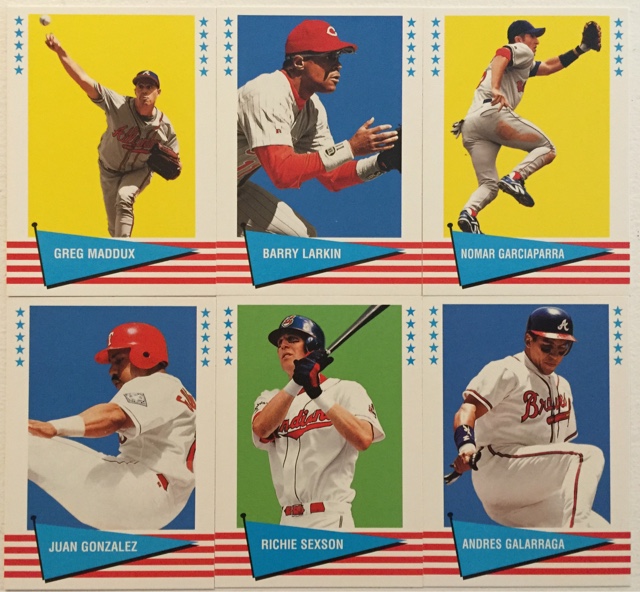 Ray didn’t stop there, though! Here are a few more of the pack that he sent, including a pair of HOFers and some other notables. I’m still looking for about half of this run, so if you’ve got a few to spare I’ll take them!
Alright, on to the Astros! 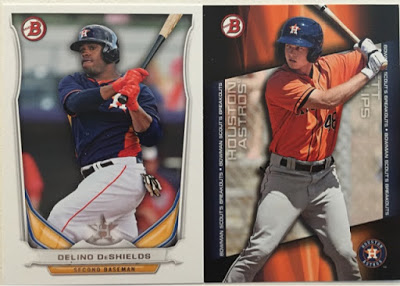 Ray sent along some very nice cards from last year’s Bowman sets. First, some excellent but lost prospects. Unfortunately, Delino Jr. has been an incredible thorn in the side of the club whenever the Rangers come to town, and that’s been awful for our shot at the Division. Let’s hope that Brett Phillips doesn’t bring the same token of regret to town when he visits. 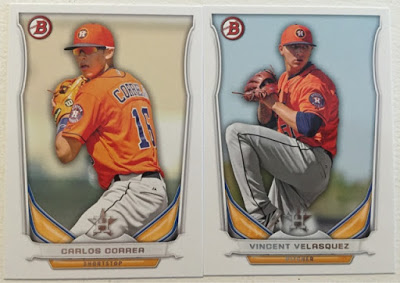 These two youngsters, however, have been fantastic. Correa is mind-blowing, and unless he just does nothing for the rest of the season and Lindor or Sano hit homers every time they come to the plate, we’ll likely have our second ROY in Astros history. Velasquez is a solid pitcher with promise, and I have every reason to believe that he will be even more polished next year.

Ray found a fairly common Biggio that I was missing and an excellent Wild Thing card, featuring his matching blue glove. 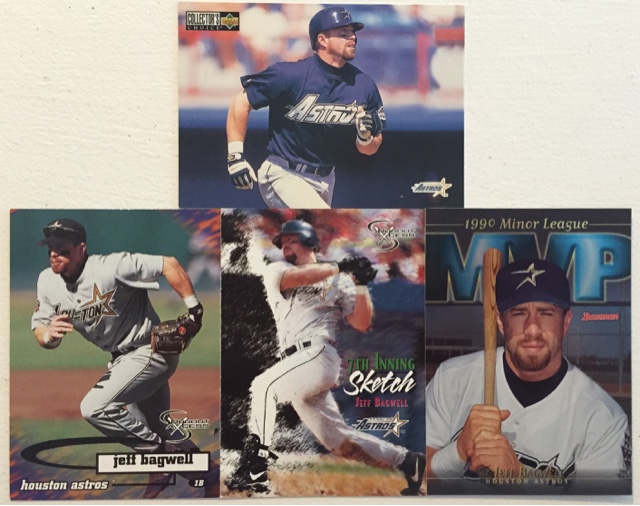 Last, and most certainly not least of all, was a nice small stack of Bagwell’s to add to the binder (which is starting to look like it needs to become two binders). Some late 90’s goodness right here.

Longballs are always a favorite topic of Bagwell cards. Ray sent along a pair of horizontals celebrating Bagwell dingers, including this hilarious looking Bazooka comic from 2004. Do you think kids buying Bazooka had any idea who Waylon Jennings was?

Encore, you say? Why of course! Here, have a standing ovation while you’re at it, Jeff. Ok, so it’s not an Ovation card, but it’s still Upper Deck. That counts for something, right?
Thanks for all the cards Ray! Now to find you some Cards in return.
– Bru

0 Replies to “Stros from Ray”