by MarcPosted onSeptember 19, 2015July 10, 2019
Four months back, when we got burglarized, I had just received a package from Bo Rosny. Well, a bomb is more like it, and I’d split it into three posts. I only made it through the first one before the theft threw our lives for a loop, and I never finished posting these. Bo has since sent a new package that filled in some gaps, so I’m way overdue on posting his stuff. Here are some highlights from the rest of the initial bomb, because it’s only right that I honor such an fantastic stack of cards.
First, the 90’s: 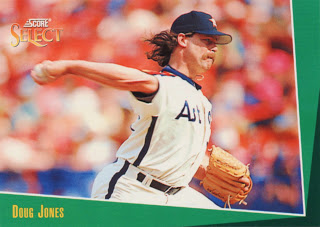 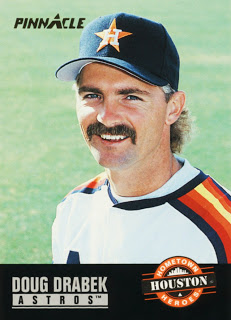 These two will be forever linked in my mind as the “mullet-stache” brothers. Both of them were quite effective for Houston. Unfortunately, a stack of my cards to file got swiped, and both of these were in it. (ed. note: this will become an unfortunate theme throughout the post) 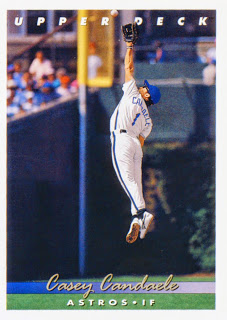 More boyhood favorites. The Caminiti got swiped as well, which is unfortunate because it’s rather excellent-looking. The ’93 Upper Deck Casey Candaele is one of my favorite shots, and even though it’s a duplicate, I will post it every time. 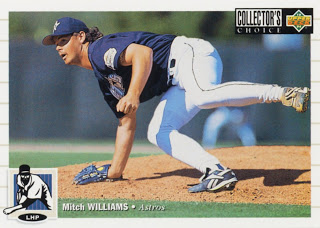 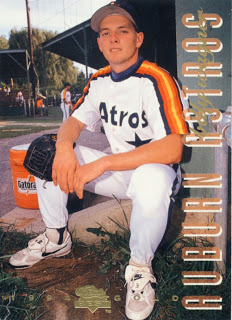 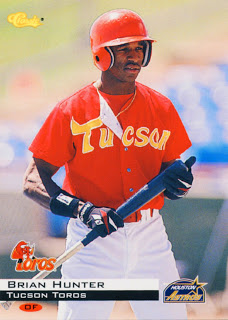 A pair of minor-league cards that did make it into the binders. These are excellent. Brian Hunter is wearing his uniform in the Jon Singleton fashion, which I’ve discovered traces back to at least Gary Ward.

Oooh, ’94 Upper Deck cards I don’t have! Here’s a nice play at the plate featuring an intense Scott Servais. Looks like the throw was a little late, though. 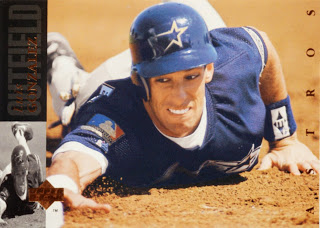 And the Great Gonzo! This is a Tattoine card, right? If I had to guess, I’d say he’s diving back into first base, based on the position of his left hand. 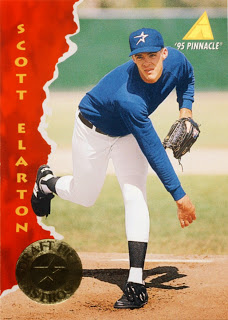 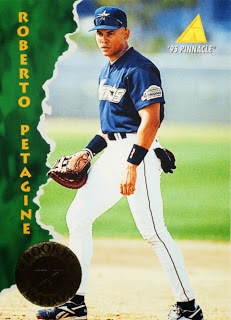 Gah, both of these went missing. I love that Elarton rookie. 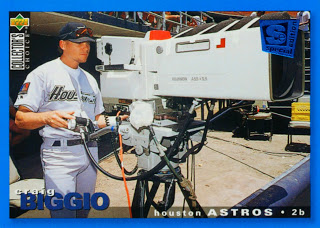 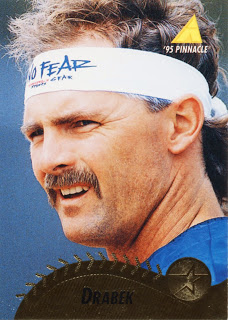 Doug Drabek wants to know what the hell Craig Biggio is up to, working the television camera. It doesn’t matter though, ’cause he ain’t scared. These are great, but both are gone.

Pitcher hitting! Pretty sure that you’re not supposed to drop your shoulder, Darryl. I’m not sure what Doug is doing here either – possibly arm circles before an inning? That one is gone as well.
Ok, I’m determined to knock this out, so more cards from beyond 1995 are after the jump. 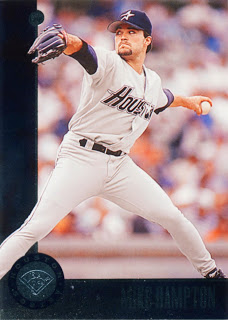 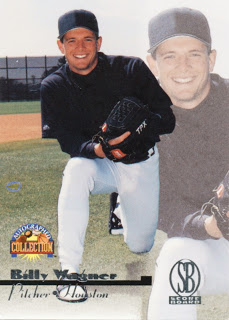 These two showcase the best little lefties that came through Houston when I was a kid. Both of them were fairly nice signers as well – I have a few Hampton signatures and more than a dozen from Billy the Kid. 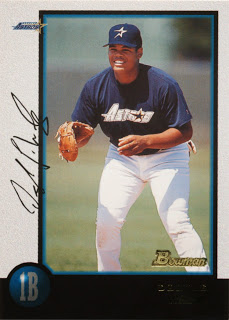 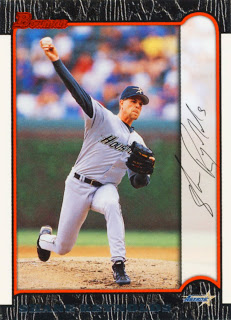 I’m fairly lacking in the 98 and ’99 Bowman cards, so the little stack in Bo’s package was a very welcome addition. 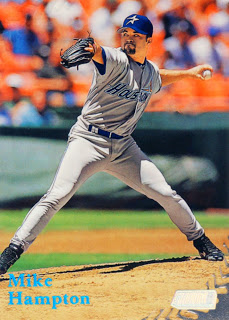 Oh, man – I love 1998 Stadium Club. If you read my recent post, you’re already aware of that. The Hampton looks amazing, and Sean Berry is – uh – in the cockpit of the team jet? In the cockpit of some other plane? Why is he wearing his uniform? I’m so confused by what is going on here. 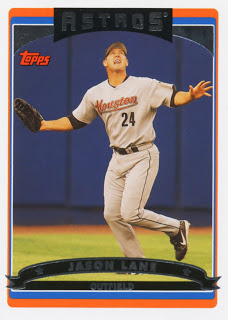 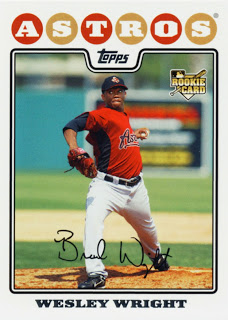 Bo helped me knock out the 2006 and 2008 Topps team sets. I may need a stray here or there, but almost all of them were in this package. Thanks Bo! 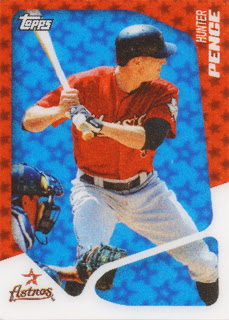 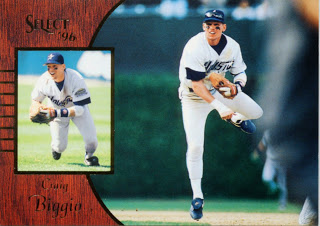 Finally, we’ll close this out with a pair of stars. It’s always nice to add another Biggio to the binder. The Hunter Pence is an Opening Day Stars lenticular from a few years ago, and was a very nice addition.
Thanks again for all of the cards, Bo! Now I need to find something to repay you.
– Bru

3 Replies to “Finally Finishing a Bomb from Bo”