The original draft of this post was written back on – well, Labor Day weekend, I believe. I didn’t have much time at all to update over the past semester of school, with buying a new house, a brother getting married, moving, work, school, and life in general. But, I do want to continue blogging, so here’s an update on where this blog has headed.

It’s been a little over a year and a half almost two years since I began blogging here at Remember The Astrodome. In that span, what started as some modest collecting goals have ballooned and shrunk back down in my rediscovering of the hobby. It seems that this tends to happy to most of us.

I had come back into the fray as someone with three primary collections – Bagwell, Biggio, and Mazeroski, a few other small collections, and a whole lot of junk wax. At the time, it seemed like a good idea to build a few sets that I was within a reasonable range of completing, so I took on a few of them as well. I had never collated a set by hand, and it was a nice goal. 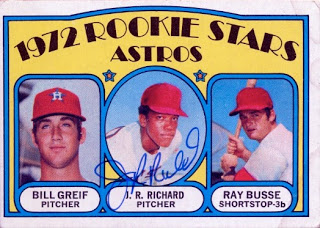 I fell back in love with sets, and my Astros (ok, this was just a dormancy reawakened, I suppose), and decided to put together an Astros autograph project, and then to be a super-collector, and along the way I added a few more sets to build.

Stop me if you know where this is going.

In the interest of maintaining a collection that, well, actually interests me, I’m dropping several of those set goals. I’m cutting back on some other collecting as well. I’m divvying up a bunch of junk wax that fell in my lap from a friend, and slowing down my pace.

All that said, I have several new projects I plan to tackle here at RTA. One is an eventual site re-design. I haven’t been able to replace my scanner yet, so I’m still logging all incoming packages and TTMs via iPhone pictures, which – let’s be honest – is less than ideal. 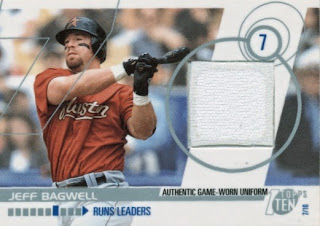 I’d like to figure out a better layout for showcasing the Astro-graphs collection. I’d also like to start showing off some of my Bagwells, a la Nachos Grande’s Barry Larkin collection, or ARPSmith’s McCovey Mondays. I mean, Bagwell is the main reason I became a serious collector as a kid, and it’s only fitting, right?

*There is a small chance that I’ll port this over to a different blogging service, to accomplish some layout goals. We’ll see. 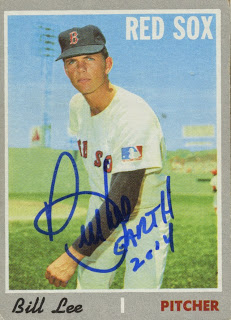 I have a pretty solid autograph collection as well. I’m not trying to brag, but I would like to share some of the stories behind obtaining some of them. So that’s another series of posts which I’m aiming to start in the future.

Gone are a few of the PC collections – Strasburg is a good example of this. I figured he’d be a fun young kid to collect, and had several more players tapped for such a position. As I’ve been back in the hobby for a couple years now, I’ve realized that I’d rather focus on a few fun PC projects than chase cards of the latest studs. While the latter is nice, the former is more fun. So expect to see more things like my Bill Lee quest, which I’ve decided to dub “Hallo, Spaceboy,” because of course.

I think that we each eventually find the proper pace for this hobby, and I seem to have come across mine. Don’t get me wrong – I’ll still be building a few sets, chasing oddballs and inserts, hunting down Astros autographs, and clamoring for all
of the Bagwells. But I think I’ve finally found the right speed.

At least, for a while that is.

0 Replies to “The Constant Work That Is Progress”