First off, congratulations to Tom and all the other Cubbies fans out there on your World Series title. I hope the end of the 2017 season will allow me some further fraternity with you once Houston’s completed their championship run.

You’ll know this is an overdue trade post because when these cards came in, Eamus Catuli was still titled “Waiting ’til Next Year.” He only had to wait a couple weeks longer, though. I’ll admit, Game 7 was one of the most incredible games I’ve ever seen, and I may have been pulling for Cleveland just so as not to upset the natural order of the baseball world (and winning at home, with all the twists of that game, it would have been amazing), but at the same time I was just as happy to see the Cubs take the series.

Back in October Tom must have been building up that good playoff karma, because a nice little package came in unannounced with all of these great Astros cards. I wanted to highlight a few of my favorites. 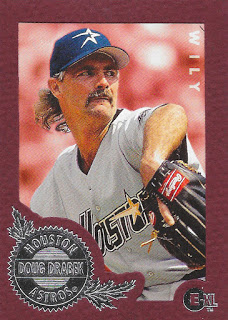 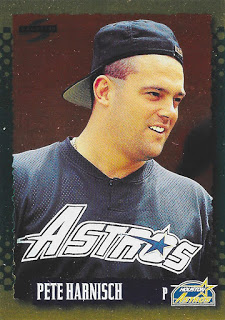 Let’s start with a pair of my favorite hometown pitchers when I was growing up. I always dug Harnisch, and Drabek just seemed like a pitching wizard, with his flowing mullet and that intimidating mustache. Nice cards here for sure. 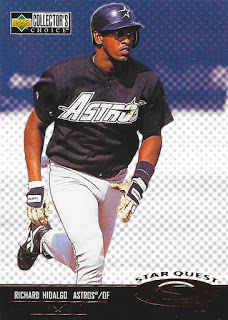 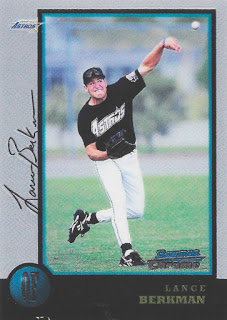 Then we have a pair of slugging outfielders that came up at the end of the 90’s: Richard Hidalgo and Lance Berkman. Yup, Lance originally came up as a slim left fielder. Young Lance cards are some of my favorites. 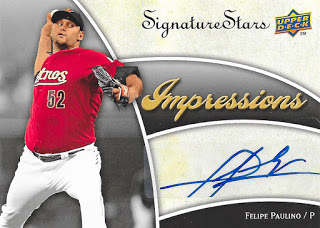 Tom also sent along another Astro-graph for the collection. I’ve already got a Felipe Paulino, but I didn’t have this Paulino. Thanks Tom! 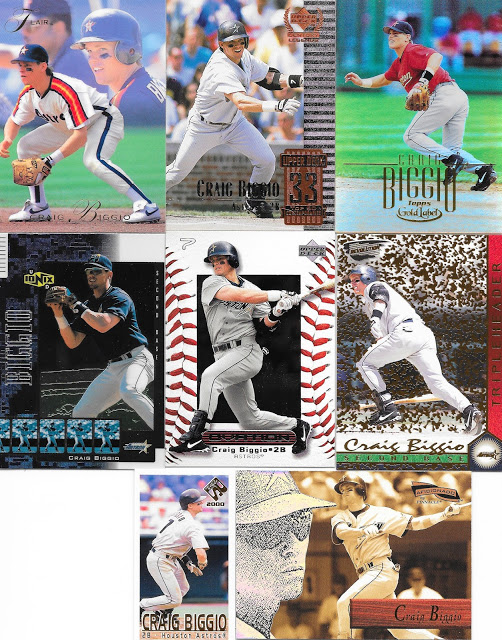 There were a great many Biggios in the package as well! These were all new to the collection. I really dig the Century Legends and Ionix cards. As a lover of shiny things, late-90’s Upper Deck products often make me happy. Plus, there’s that Pacific mini!

Of course, there were some Bagwell cards in the package too, much to my delight. There were many that I needed, these are just a few of the great ones.

But my favorites were these two bold Upper Deck issues. Ionix and HoloGrFx were just fantastically crazy shiny wonderthings, and while there are those who will pan shiny cards, I just think they’re great. This wild Black Diamond insert is very nice as well.

Thanks again for all the cards Tom, and congratulations again to your Cubbies. Sorry if I was pulling the other way, but I was really pulling for the drama. I kid you not, I called the Rajai Davis HR when he was announced to bat. I wish I could be that clairvoyant all the time.