Well, it’s late October and I haven’t posted since Hurricane Harvey was lashing us with rain, so let’s have a post, shall we?

Good things have happened since we left off: Houston has begun the recovery process, though it’s a long one for sure. The Astros picked up Justin Verlander, won the AL West by 21 games, and finished second those pesky Cleveland Indians by a game. We dispatched the Red Sox heartily, the Yankees in thrilling fashion, and envelopes have continued to trickle into the mailbox.

But, alas, it hasn’t all been roses. Each of us in the house spent time with the sniffles. Then my mom told us she was diagnosed with early (Stage 1) breast cancer. They found it really early, and there was a successful operation, but it also forced our hand in scrambling to find a nanny. Before that, Grandma (or Omi, as she prefers) was going to handle our childcare. Work has been a bit of an avalanche as well.

However, August was a good month for the Astro-graph project. Let’s have a look at what rolled in. 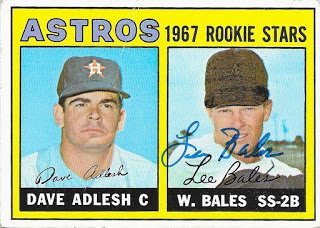 Bales was a short-term ‘Stro in the mid-60s who, well, was in over his head. He looked good in the field, but his bat was raw, and he suffered from the Braves throwing him at higher levels in the minors before he was really ready. His SABR bio is a pretty intriguing “what if” read. He saw some spot time at both second base and short stop, but his light hitting and the arrival of Joe Morgan and Sonny Jackson pushed him back down to the minors. Lee wound up out of baseball by age 24, and his only card is this badly maligned airbrush disaster of a 1967 Topps. Fortunately, someone out there found a nice image of Lee and did a good colorization, which I used for some customs. 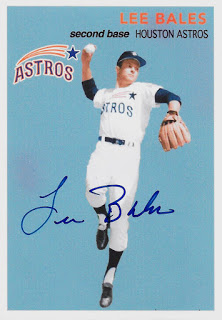 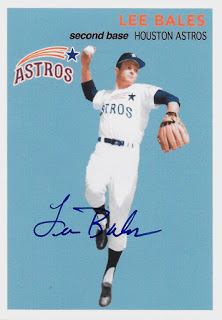 Lee also signed the pair of index cards I’d included for protection. (Sidebar: I quit posting images of these as I learned that MLBPA has determined that they are sometimes used for identity theft, and has even gone so far as to warn players that they should probably avoid signing anything blank.) 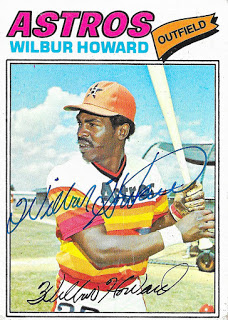 This was my third attempt at writing Mr. Howard, a sharp-hitting fourth outfielder who managed to get into 121 games in 1977 despite not having one of the three starting spots. I kept seeing successes from him, despite my failures, so I tried a little trick and used one of the bright yellow envelopes I’d picked up at Staples. Apparently, that worked – although Wilbur held on to my 1978 Topps card. He did sign a protective index card, though, and I’m happy to finally add him to the project. That’s a pretty sweet signature! 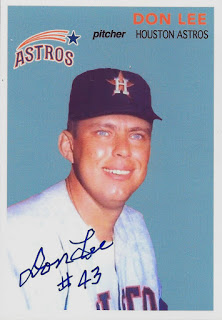 Don is the son of another pitcher, Thornton Lee. His dad had the better career, a two-time All-Star who led the AL in ERA in 1941 and pitched for three clubs across 15 years. Don, on the other hand, was a journeyman who played for five clubs in ten years. The Astros picked him up from the Angels in June 1965 for Al Spangler, and the Cubs bought him later in June 1966. In that span, Lee got into 16 games, posting a 2-0 record with a 2.77 ERA and a 1.23 WHIP.

Don kept signed three cards for me, including one of the “Wilson Franks” style customs I’ve been making, and two nice vintage pieces from ’59 and ’62, adding his respective uniform numbers from each team. He kept one of the customs as I offered, which always makes me feel nice. I like to think that most of the guys appreciate the time put into them, and when they hold on to one it also tells me that they read the letter close enough to notice. 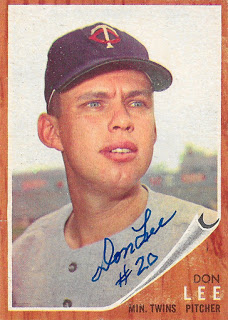 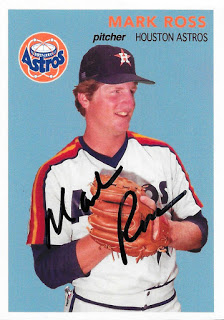 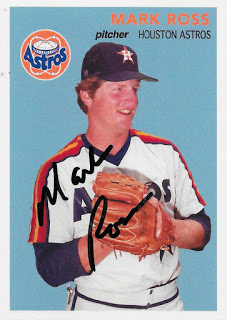 Mark Ross worked into 14 games for the Astros in ’82, ’84, and ’85, pitching a grand total of 21 1/3 innings before being granted free agency and spending time in the Pittsburgh and Toronto organizations. Ross grew up in the Astros shadow, being born down the highway in Galveston and playing at Texas A&M University before being drafted by the club in the 7th round of the 1979 draft. Ross also signed a pair of index cards and answered some questions about his time in the game. 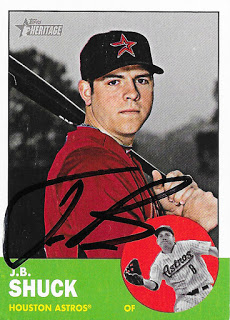 Once one of the “throw it out there and see if anything sticks” crew of Astros during our lean years, Jack “J.B.” Shuck has become a journeyman outfielder, spending time with the Angels, White Sox, and this year in Minnesota’s system. I’ve tried him a few times in Spring Training and care of a couple minor league clubs. I finally landed a success this year when writing him care of AAA Rochester. 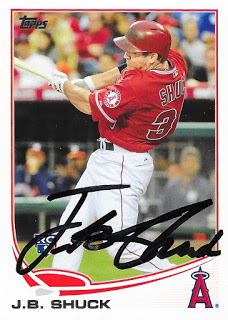 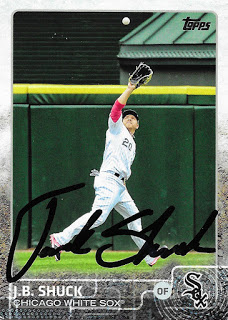 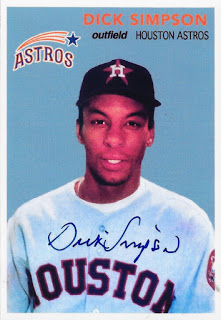 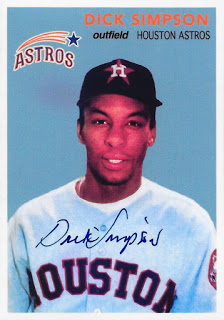 Dick’s Wikipedia entry lists his nickname as “Suitcase,” although that may be a misattribution as that was Harry Simpson’s nickname. Still, his playing for 6 teams in 7 years fits the bill, so maybe they both earned it. I had to clean up a rough old 8×10 image for these customs, and I think they came out pretty well, all told. A midseason acquisition of the Astros in 1968, Simpson played all three outfield positions, but did not fare well at the plate. In the offseason, they moved him to the Yankees in exchange for Dooley Womack. 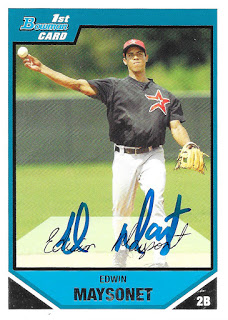 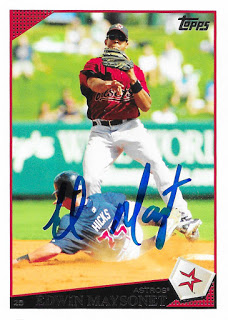 Maysonet was one of the many attempts to fill the gap at second base once Craig Biggio left the club. I think it’s safe to say that we finally figured that one out in 2011 when a certain MVP contender got called up to the club for good. Edwin, however, was not him. In 46 games for the Astros between 2008 and 2009, he went 21-for-76 with 21 strikeouts and 5 walks. Twenty of those hits were singles; his lonesome extra base hit was a round-tripper off of Ross Ohlendorf of the Pirates. I wrote Edwin care of the Carolina Mudcats, where he was coaching.