by MarcPosted onJanuary 31, 2018July 9, 2019
Alright, one last post to wrap up all the awesomeness that Adam sent me in that flat rate box. Here are some post 2000 highlights. 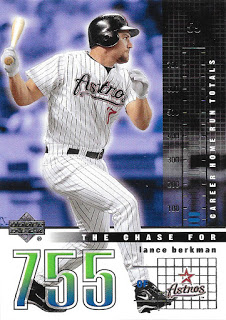 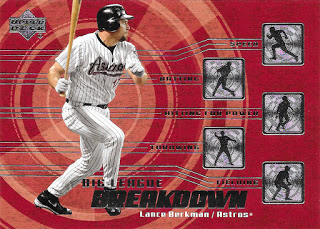 Here’s a pair of inserts from 2001 Upper Deck featuring Lance Berkman. He’d just come into his own, and was about to put up a monster year in 2002. While he wouldn’t come close to 755 dingers (Lance would finish his 15 year career with just 366), he was a power bat in the lineup for years and finished with borderline HOF credentials. It’ll be interseting to see how that turns out. 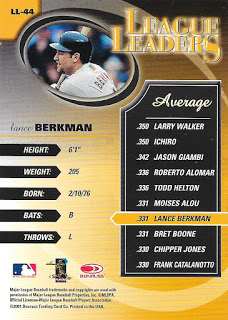 Donruss was a hot mess in 2002, re-entering the hobby and issues sets like crazy to make up for lost time. Not only was there a Fan Club set, but there was a Best of Fan Club set, whatever the hell that really means – it was like a sampling of cards from the other sets with a special designation. Anyhow, this is one of the three League Leaders inserts the Astros got in ’02 Fan Club. The front is nice and shiny and scans like junk. 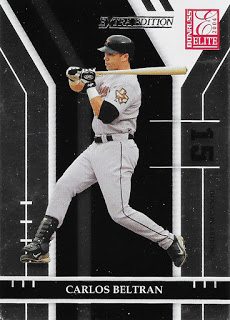 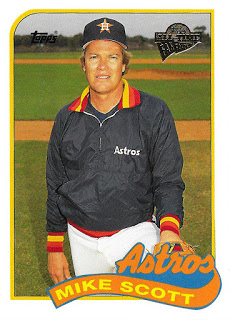 Moving on to 2004, we get one of Beltran’s first Astros cards courtesy of the Donruss Elite Extra Edition set. Which I guess was like a Traded/Update set for Donruss Elite? Mike Scott is pretty skeptical, whatever the case may be. Mike was the lone Astros entry in the 2004 All-Time Fan Favorites set. You’ll notice that Topps managed to recreate the name font with much better accuracy in this issue as opposed to the Nolan Ryan reprint I showed yesterday. 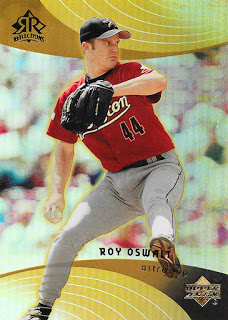 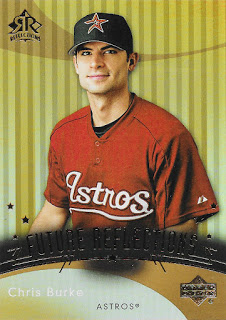 Here’s a couple more of those great Upper Deck Reflections cards from 2005. We get a young Chris Burke, primed and ready to hit one of the greatest homers in club history. 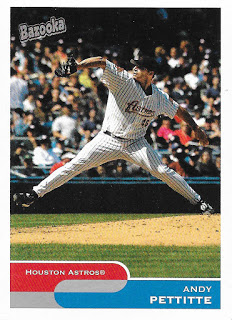 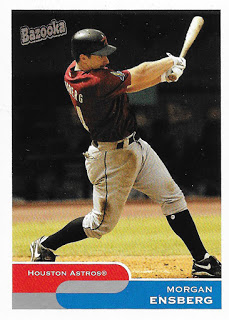 I wanted to close out with some more of the goodness from 2004 Bazooka, which is a set that I really enjoy. There was a nice little cluster of base, inserts, and parallels in there, including these two minis of Andy Pettitte and Morgan Ensberg. 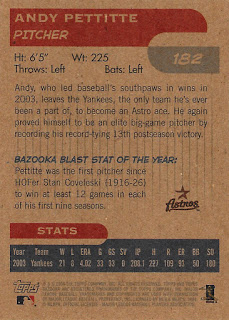 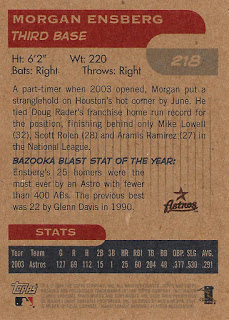 Here are the backs of the minis, which I thought were worth showing because they have a more traditional cardstock back, while the regular cards feature a white back. Ensberg’s big 2003 season was a lot of fun to watch, and made me a real fan of the guy. 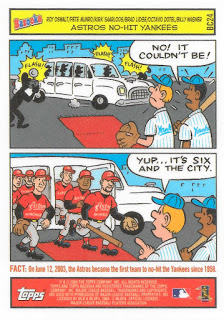 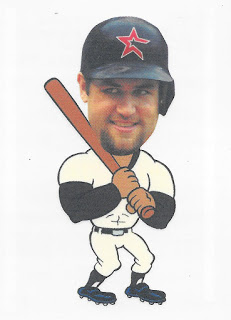 Finally, a couple of the inserts from that Bazooka set. The Astros got two cards in the comics inserts – one for Bagwell’s 400th homer and this one for the combined six pitcher no-no against the Yankees featuring what is the worst Sex and the City joke I’ve ever seen. It took me about ten times of looking at this card to realize that’s what they were going for, too. There were two in the box, so I may try my luck at seeing how many of the six pitchers I can get to sign the other one. And of course, what would a Bazooka set be without some tattoos?

Thanks once again for the great box of cards, Adam! Happy to help lighten your load, even if just a bit.