Thanks to Commishbob over at The Five Tool Collector, I got tipped off to something that I thought had all but disappeared here in Houston – the glorious piece of hobby wonderment known by three simple words: “hotel card show.”

I missed the chance to connect with the Commish this past weekend, but perhaps we’ll be able to link up sometime soon. In the mean time, if you’d allow me to show off some cards, I’d be much obliged.

I made it to the show late – much later than I’d anticipated, and wound up catching the last 45 minutes of it. For those of you familiar with how things like this go, that meant 2/3 of the 15-20 dealers on hand had already packed up their stuff and were in the process of loading it out the door. I dropped by the tables out front, which were the promoters cheap bins, and rifled through some tasty vintage. With everyone was closing up shop, though, I dipped in to quickly dig through some other boxes, knowing that these would still be out front. 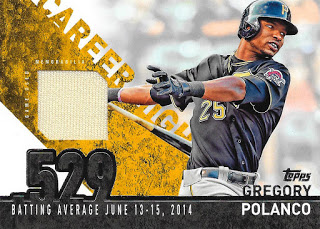 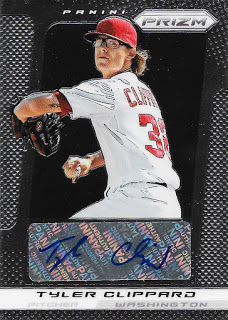 The first guy I stopped at had a small $2 box of relics and autos, so I flipped through it rather quickly to see if anything would pique my interest. The Polanco was near the top, and it’s a pretty lovely little card. That creamy swatch sets it over the top, too. I’m hoping he finally has that breakout year in 2018. I nabbed the Clippard as a placeholder in the Astro-graphs collection until I can get a signed Astros card of him. For five bucks I walked away from the table with these two cards and three unopened packs of 1994 Stadium Club, which yielded me a Pete Harnisch I was missing and not much else to speak of. 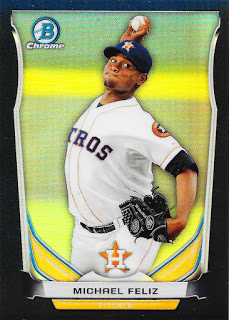 The quarter and dime boxes I dipped into didn’t seem to yield anything I really wanted in the few minutes I spent flipping, and I’d already determined I’d rather hit the cheap vintage bins out front – more on that in a minute. I did stop by another table and plunge into a second $2 box of autos/relics/low-numbered serial stuff. That netted me this 2014 Bowman Draft Picks & Prospects Chrome Top Prospects Black Refractor (that’s a damn mouthful) of recently moved pitcher Michael Feliz. It’s numbered 29/75. Mike was just traded, along with Big Joe Musgrove, Colin Moran, and minor-league outfielder Jason Martin to the Pirates for Gerrit Cole. It’s a nice move, but I’m going to miss Feliz, Musgrove, and particularly Moran. The way his bat came around in his limited time last year (thanks to an unfortunate fastball to the face) he may be another one of those bats that gets away and blooms into something big. 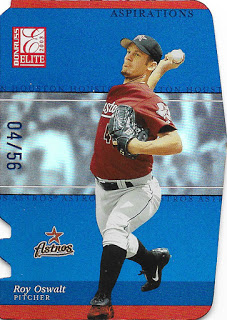 I put a pretty strict budget on myself, so walking away with serial numbered cards from this box instead of some of the relics and autos was a little challenging to my collector’s soul, but I kept thinking about how rare things like these are and that I should snatch them up. You don’t see a 2003 Donruss Elite Aspirations die-cut parallel (#4/56) every day, after all. Welcome home Roy! 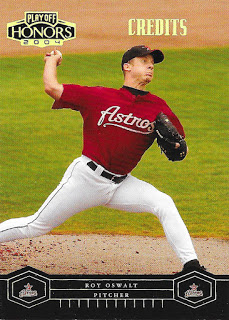 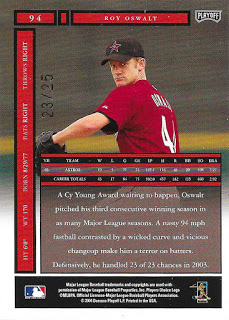 I snagged one more short-run Roy Oswalt from the box, this 2004 Playoff Honors Credits parallel, #23/25. I just couldn’t resist it – I’m sure you understand. 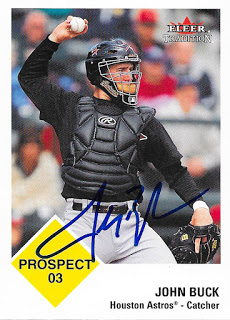 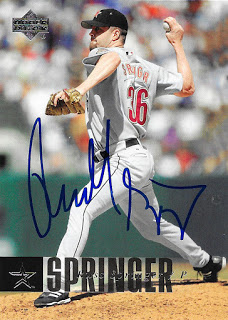 I grabbed these two from the box for the Astro-graphs project, only to get home and remember that John Buck never actually suited up for Houston in the regular season. Sigh, I could have added a different card to my stack, but oh well. It’s my only real regret from the show, so that’s good. I picked up the Russ Springer, as I haven’t seen many returns from him. 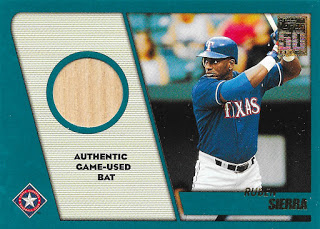 Finally, this was just calling me, so I made a 6-for-$10 offer to the dealer and roped it in as well. I’ve got a soft spot for certain guys from my youth that I should have seemingly no connection to – Juan Gonzalez, Julio Franco, and Ruben Sierra (hmm… all Rangers at some point, before the bad blood between them and Houston) are among these guys. This was just a nice clean bat relic from 2001 Topps Traded & Rookies.
With my budget in mind, and the vintage bins calling my name, I headed back out to the front. We’re talking $1 vintage here! 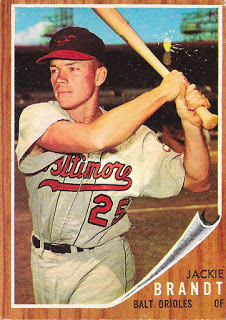 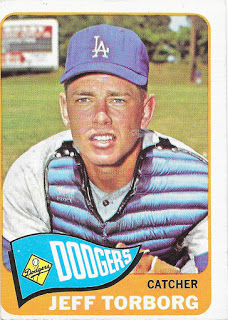 I picked these up for TTM – I actually have already sent a custom and a copy of this ’62 off to Jackie Brandt, but I’ve determined that they are long lost. I’d picked up another Brandt card at a show last year (that I still need to post about), but I just love the look of this ’62, it’s such a classic pose. The Torborg is a high number SP from ’65, but due to it’s 0/100 centering job, it found its way into the $1 bin. I was going to send it off to Jeff, but when I looked up his address on SCN, I discovered that he hasn’t been able to sign for a couple years due to complications from Parkinson’s. That’s unfortunate, and I wish him all the best. For now, his second year card will make its way into my very, very nascent ’65 set build. 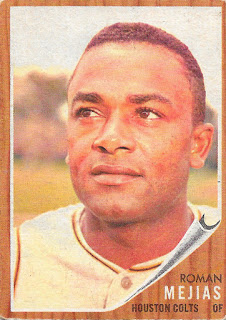 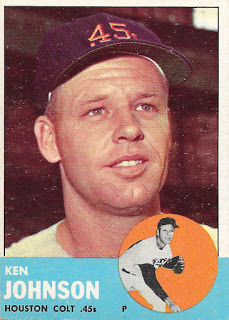 I did find a handful of Colt .45s cards I needed in the bins, something I wasn’t quite expecting to see. Roman Mejias and Ken Johnson are now sitting pretty in the pages of my Houston vintage binder. 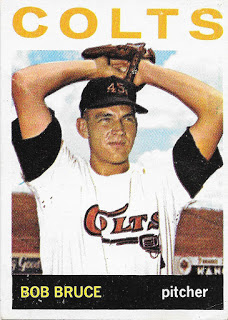 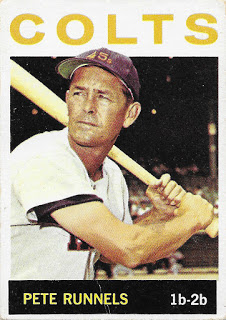 I actually already have copies of these two cards in my collection – they’re just already signed! I love when I can knock off the really old team needs. 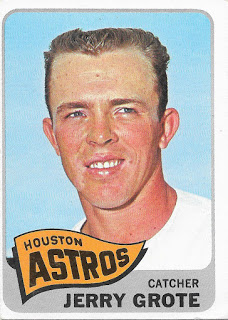 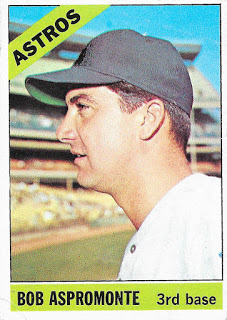 I found two early Astros in the bins as well (I didn’t dig through anything newer than 1967, so I may have been able to find more, but there’s always next time. The Grote is a quasi high-number, at #504 – and incidentally I now have all the team needs above that. It feels odd to have the high numbers already knocked out! The Aspromonte was another nice $1 pickup, and pushes me ever closer to finishing my ’66 Astros.

Now, for some other assorted vintage goodies. 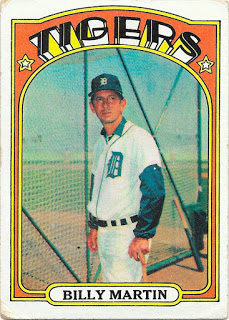 Now, I said I didn’t dig through anything post-’67. But this puppy was sitting on top of the stacks in the next box, and when I glanced over and saw it adding it to my pile was a no-brainer. Sure, the corners are soft and it’s not the cleanest print – but adding a ’72 Billy Martin middle-finger card for just a buck? Duh. 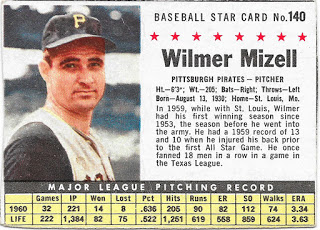 I think the Post cards are going to be a build I chase in the next few years. Darrell had several in his dollar bin, but I only snagged this one of ol’ “Vinegar Bend” Mizell. I distinctly remember my dad hunting this card down in the mid-90s when I would drag him to shows. I got him back into collecting then, and he’d decided to compile the ’61 Topps team set of the Pirates, to commemorate the ’60 team that he got to see play in the World Series. Only, Mizell didn’t have a card in the ’61 set (or the ’60 set for that matter). With that complication, Dad tracked down a copy of this ’61 Post for Mizell’s spot. 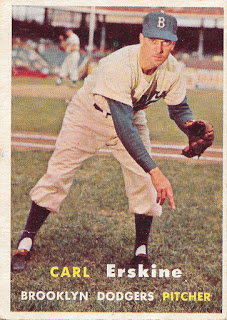 I wanted to add a card or two towards my ’57 “set build,” which will obviously take decades at my current rate. That’s fine, though. I have a signed copy of this already, but the Erskine was one of the nicer options in the $1 bin, so I snatched it. 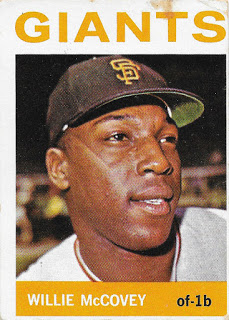 This might be off-centered with a small stain, but I couldn’t pass it up for just a buck! 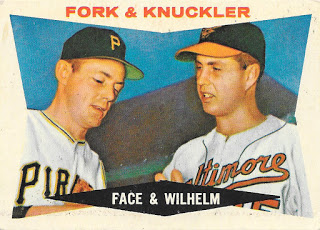 If you’ve followed the blog long enough, you know that the 60’s Pirates hold a special place in my heart thanks to my dad. When I spotted this 1960 Topps featuring Roy Face and Hoyt Wilhelm, it looked like a great addition to the collection. I just wish the crop was a little looser so that you could see the grips. 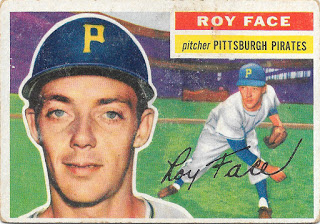 Speaking of Roy, I fished this out of Darrell’s $2 bin. It’s got its flaws, but c’mon – that’s a real beauty. 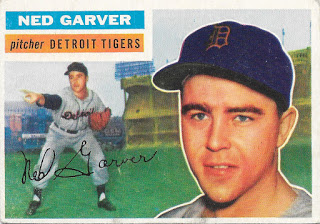 This was the other card I nabbed from the $2 bin, and the last card from the show. I wrote to Ned after he made a surprise appearance on the main baseball podcast that I listen to, Effectively Wild. The thing is, it was a surprise appearance for Ned as well. The hosts cold-called him after finding some remarkable facts about him during some digging for a Baseball Reference Play Index segment, and not only did he pick up the phone but also he provided a fantastic interview. He was exactly what you wanted from an old-timer, providing lots of great stories and phenomenal little details. Plus, he was a pretty darn good pitcher (and a fine hitting pitcher at that) to boot. Ned passed away last February, but he’ll always have a soft spot in my collection. So, I think I’ve started up a little PC of Ned now. There aren’t a ton of his cards – only 56 according to TCDB, and that’s counting reprints, buybacks, and the handful of post-retirement issues. I nearly picked up his ’53 Topps from the same bin, but I was at the end of my budget and decided it had a bit too big of a crease for my liking.

Not a bad haul, eh? Thanks again to Bob for the tip – here’s hoping we can link up at a show in the future.