by MarcPosted onJanuary 29, 2018July 9, 2019
We interrupt our coverage of the fantastic flat rate box that Adam sent over in order to return to some previously scheduled backlog catchup. You know what feels really great? That in our hobby, there are so many generous people willing to send you cards of your favorite player/team almost just for the hell of it. It feels pretty good to catch up on this blog, too. What doesn’t feel great is waking up completely achy with a throbbing nervous system, weak joints, and a 101 degree fever. But, alas, here I am, so what better thing to do than bang out some posts? 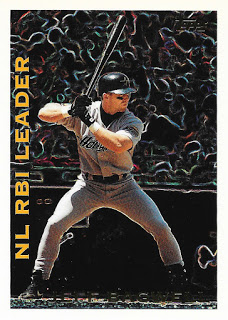 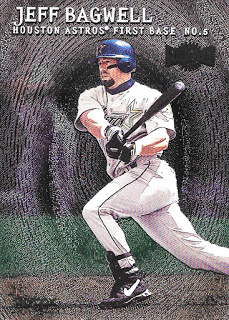 This, as you can tell from the title, is a Bagwell-heavy trade post. Eric, aka AnalogKid at TCDB, was searching out some Maddux and Red Sox, which I happily supplied in exchange for a nice stack of mostly late-90’s Bagwell cards I was missing. Topps was feeling wild in 1995, with these weird as heck League Leader cards that look nothing like the rest of the set. Even the cardboard is flimsier, if I remember right. What’s not flimsy is this 2000 Metal Universe card. Bagwell is trying to escape a black hole as he bangs out a base hit. 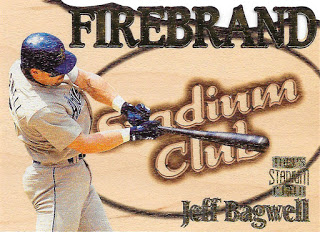 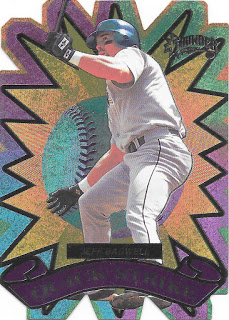 Things got colorful with these two cards from 1998 Skybox Thunder – the Boss cards were a tough pull, I believe, and that’s a Quick Strike insert on the right. Fun stuff. 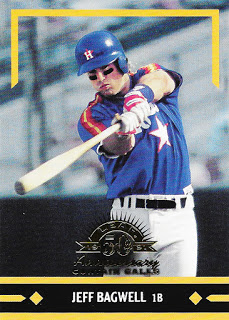 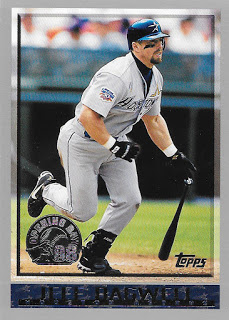 Sticking with 1998, here’s a Curtain Call throwback from the 1998 Leaf set, and another card I needed from the inaugural Opening Day set. 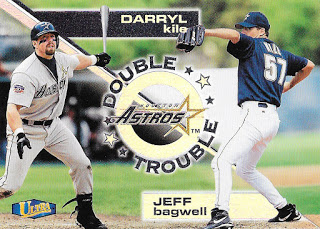 Darry Kile makes a cameo appearance on this 1998 Ultra Double Trouble insert. There are some pretty cool pairings in this insert set, including Pudge / Juan Gone representing the Rangers and Vlad / Pedro representing Montreal. Atlanta somehow snuck two cards onto the checklist, while the Yankees of course have three. Anyhow, ’98 Ultra is one of my favorite sets from my younger collecting days, and I think it has a lot going for it. 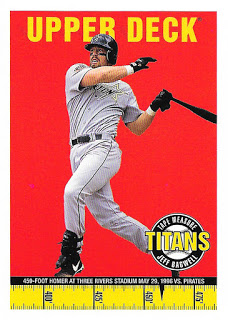 We’ll close the Bagwell portion with some groovy Upper Deck inserts. I always thought the Wonder Years card was from Upper Deck Retro (a phenomenal one-off set), but it’s actually an insert from the main 1999 Upper Deck release. 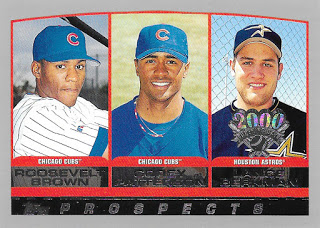 Another Opening Day need, this time featuring a young Lance Berkman who would go on to become one of Houston’s biggest stars. It was pretty cool getting to see him come up here and do so well after absolutely raking here in college during his time at Rice University. He and Jose Cruz Jr. were teammates there at one point. 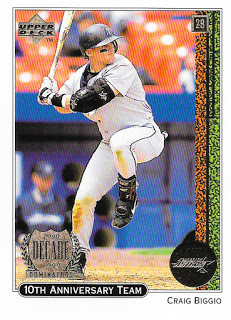 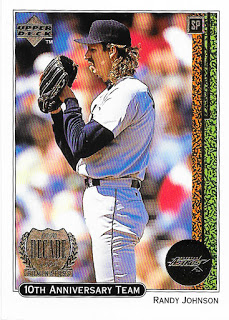 Two more Astros HOFers from the 1999 Upper Deck 10th Anniversary Team inserts. These are really nice nods to the original ’89 Upper Deck set. Bagwell, Biggio, and Johnson all made this insert set for Houston, even though Randy had signed with Arizona by the time this was actually released. This pair completed the trio for me. 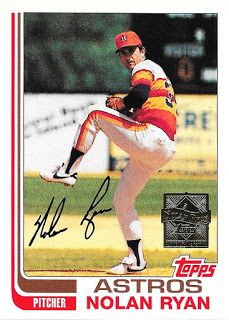 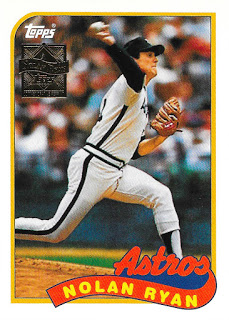 Finally, we’ll close out with these two cards from the Nolan Ryan Reprints inserted into 1999 Topps. This was Topps second year to do such a retrospective, having done the Clemente inserts the year prior. They’re pretty well done, aside from the horrific font attempt on the 1989 Topps reprint. That is not what the original looks like, that’s for sure.

Thanks again for the cards, Eric! We’ll have to do it again soon.