Another day, another belated trade post! I promise I’ll break the monotony here soon enough, but I’m on a roll at the moment so you’ll just have to bear with me. Here’s yet another TCDB trade from early last year. This one was a blind swap from fellow member mzentko.

This rad card on the right is actually a sticker insert from the 1986 Fleer Mini set, and it is cool as hell. I’m really digging the background, and I may try to use it on some All-Star themed customs or something like that. We’ll see what the inspiration turns into, or if I even remember it by the time I get around to more customs. 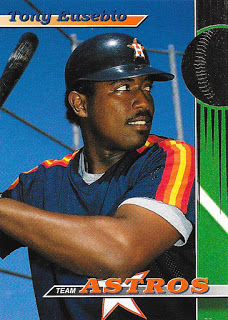 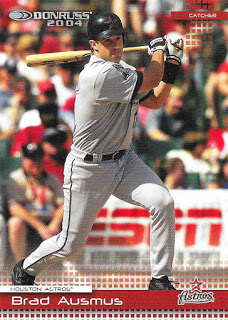 These are the foundational Astros catchers of my youth, including a very young looking Tony Eusebio on the 1993 Stadium Club Astros card.  Donruss got a little weird in 2004, huh? 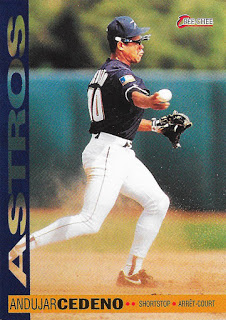 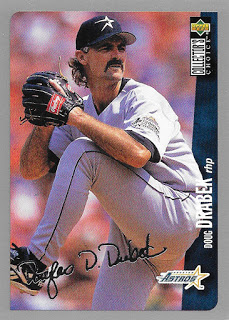 Here’s some mildly uncommon 90s goodness, with a 1994 O-Pee-Chee (a great looking little set) and a 1996 Collector’s Choice Silver Signature parallel. Both were nice additions. 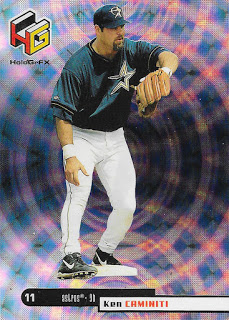 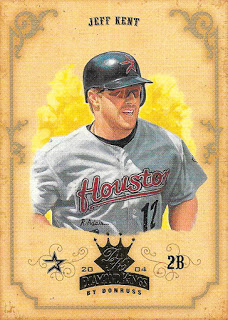 I absolutely love the short-lived Upper Deck HoloGrFX set. Give me all the shiny! There were a few of these Diamond Kings in the package if I recall correctly – now that’s a set rife with parallels. I think I’ll be able to finish that team set in 2077 if I’m lucky. 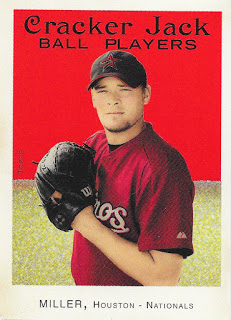 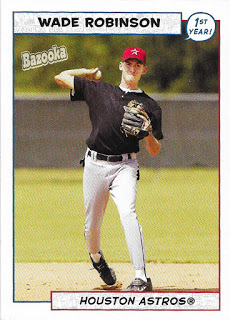 Here we’ve got a couple Wades on some early aughts food reboots, with the 2004 Cracker Jack set and 2005 Bazooka. I remember being a big fan of Wade Miller when he came up. It felt like the Astros had a really good young pitching crop at that time, with Oswalt, Miller, and Tim Redding all making their way up to the majors within the same couple years. Redding didn’t pan out, but Miller had a couple nice years in there. Wade Robinson never did make it to the show, though, topping out with AAA Round Rock in 2006. 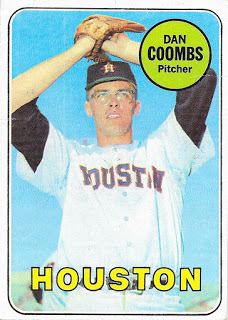 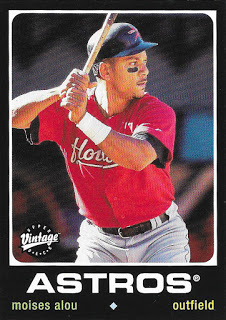 We’ll close out with some vintage – both of the authentic and replica varieties. The Dan Coombs on the left ought to look familiar – he was featured in one of my TTM recap posts from last year. In fact, this card replaced the ’69 Coombs in my team binder which I’d sent off for that very autograph. The Alou comes from ’02 Upper Deck Vintage, a gloriously blatant ripoff of 1971 Topps. Gotta love a black bordered card on proper cardstock!

Like I said, there are many more of these to come, but I’m determined to get caught up on this blog and make up for my previous neglect. I’ll try and make sure to sprinkle some non-catchup content in here, though. I’ve got several more post ideas at the ready outside of these.