Still trying to catch up on last year’s trades. At least I’m almost done with May now! These came in from another TCDB member, Steve aka Capsboy. I was able to hit several junk wax sets that he was building, and he had some ‘Stros I needed. 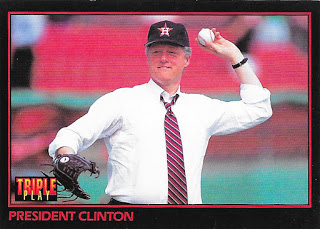 It’s Spring Training, and that means it’s a perfect time to show off this card of ol’ Wild Bill hitting up Kissimmee back in ’93. This one’s been on my list for a while. I think it’d be hilarious and awesome to get one of these signed someday, but I think the likelihood of that is pretty low. 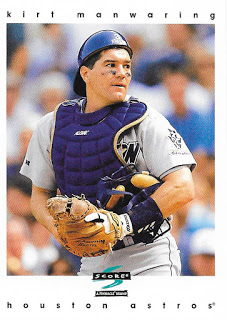 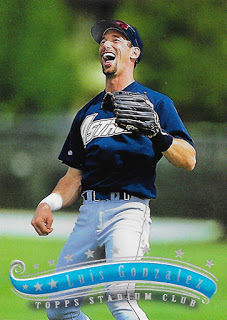 Even though I was still collecting at the time, I feel like I didn’t buy much of anything in 1997. It’s fun to see those holes get filled up through trades. Kirt Manwaring made a brief stop in Houston, and that’s a great-looking catcher card. My little 13 year-old heart was as overjoyed as Gonzo here to see him rejoin the team in 1997 after being with the Cubs for a year. Of course, the ‘Stros would move him out after that, much to my chagrin. 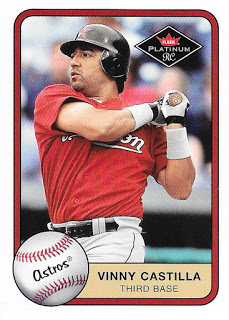 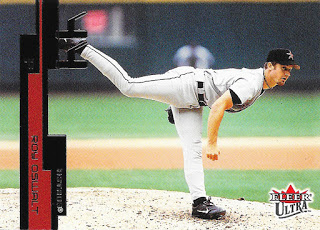 The early aughts brought in a slew of new pitching prospects, including the fabulous Roy Oswalt. The vertical nameplate on that Ultra card weirds me out a bit, though. I’m not sure why they wouldn’t change the orientation for the horizontal cards. Castilla had a fantastic season with the Astros in 2001 after the Rays cut him a month into the season. 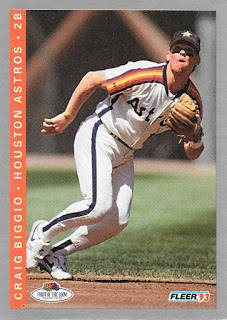 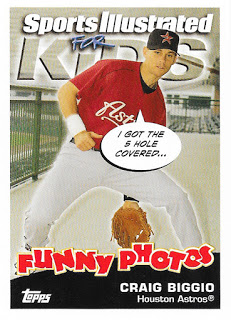 Steve had a couple Biggio oddballs I needed as well. I’m wondering how these Fruit of the Loom cards were distributed. That SI for Kids card is actually an insert from 2006 Opening Day. 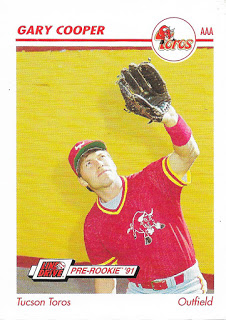 Last but not least, there was some minor league in the package as well! Gary Cooper would get a brief look with Houston in 1991 as a September call-up, going 4-for-16 with three walks in 9 games. The amount of red and yellow on this card is just stupendous. I love the fact that it looks like he’s set up to catch the logo, too.

Thanks again for the trade Steve!