Welp, as I’m writing this the Astros are still seeking that 13th straight win. They’re currently knotted with the Rays 1-1 heading into the bottom of the 7th. Meanwhile, I’m seeking to get this post typed up so that I can be finished with last August’s (and subsequently September’s) backlog.

And guess what? Yup, it’s another TCDB trade. This one comes from fellow member Jeremiah, who goes by the moniker collect-a-set. Given his handle, I’m sure it’ll come as no surprise that the cards I sent his direction were primarily set needs, including a healthy stack of 1994 Topps. I even managed to find a couple football cards that Jeremiah needed, which is always a plus.

I came out of this one about 50 cards ahead – meaning I managed to release more than I acquired, so that was a big plus as well. This 1997 Donruss Elite of Shane Reynolds was a nice pickup; it’s a set that I feel like doesn’t rear its head too often. 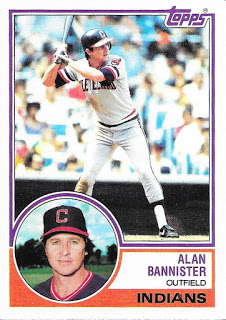 What’s this rogue 1983 Topps Alan Bannister doing in here, you ask? Well, Bannister was on my short list for TTM targets, so I figured I’d ask for this spare ’83 in the trade, as it’s one of my favorite sets to get signed. I do love when I can pick up one of the Canadian counterparts, so this ’87 Leaf of Bob Knepper was most appreciated as well. 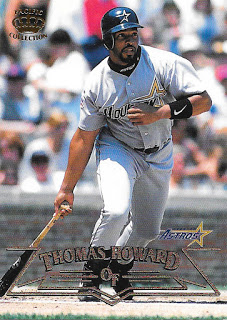 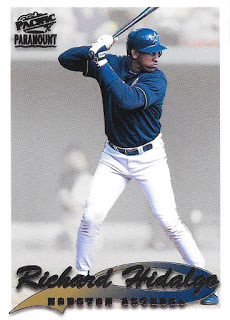 Ooh, late 90’s Pacific! That’s a super-rare Thomas Howard Astros card as well – he only has a few. I need to find a way to get one signed sometime soon. I don’t think I had any of those 1999 Pacific Paramount cards before this trade, so adding the Hidalgo was cool. 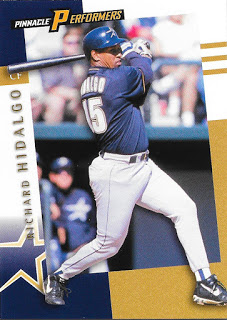 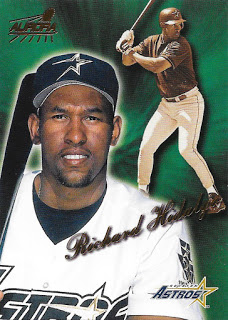 Speaking of Doggy, his cards were plentiful in this trade. This 1998 Pinnacle Performers and 1999 Pacific Aurora were two of my other favorite additions. 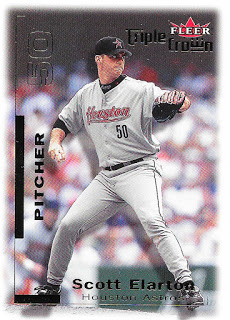 Finally, I couldn’t share a trade filled with turn-of-the-century ‘Stros and not include a pair of my favorite pitchers – so here’s two guys that stood at opposite ends of the spectrum, literally. Elarton was a 6’4″ beast, who was always nice to this young autograph seeker, and Hampton was a 5’10” lefty dynamo who could whack a walloping homer as well. The Bulldog was also a great signer, although I was mostly able to get him after the games by the player’s parking lot at the ‘Dome. Man, my dad was incredible when I reflect back on those times. The number of times he hung out with us patiently waiting as we sought signatures was just phenomenal.

Yikes. The Astros just surrendered a run in the top of the 8th. Here’s hoping they can eke this one out before its over. Also, Johnny Field just came into the game as a pinch runner. Can we take a moment to reflect on that?

Thanks again for the trade Jeremiah! I’ll take a look at your want lists again soon and see if there are any more sets with which I can help you.

0 Replies to “He Collects Sets, I Collect ‘Stros.”