by MarcPosted onJune 17, 2018July 9, 2019
One of my favorite recurring trading partners that I’ve met through TCDB is Joshua, who goes by Sportzcommish – not to be confused with our blogging pal Commishbob. Not only is Joshua a great trading partner and a nice guy, but he’s a local Astros fan, which means I have someone that wants a good chunk of this massive dupes pile that builds up over here. Since we’re working out another such trade right now, what better time to belatedly post about our trade from, oh, August of last year? Geez, I’m terrible at this blogging thing. Anyhow, I’d piled up a huge stack of ‘Stros and sent them his direction, and in return I got a nice little package – and some space cleared. While I do keep a healthy stack of dupes for TTM, I certainly don’t need every dupe that shows up here, so I’m more than happy to conduct an unbalanced trade and find them a happy home. 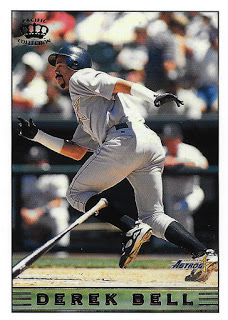 First off, a few Astros that were new to my collection. That 2005 Leaf is one of Beltran’s better looking cards from his first stint with the Astros. I think if I had to find one to get signed, this would have a pretty good shot. The Derek Bell was entirely new to me – I’m not sure I had seen the 1999 edition of Pacific Crown Collection. I do love me some Pacific, and this is no different, even if it is fairly tame for their designs. 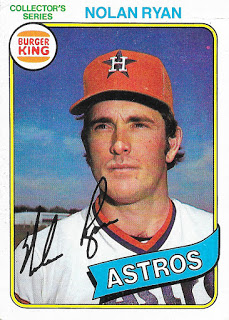 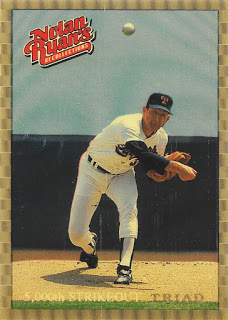 It’s burger time with Nolan! That’s the 1980 Burger King Pitch, Hit & Run version on the left. The card on the right is from a wild 10-card set that Whataburger put out in 1993 called Nolan Ryan Recollections. They are quasi-lenticular, and I’ve managed to track down 7 of them now, in part thanks to this addition from Joshua. 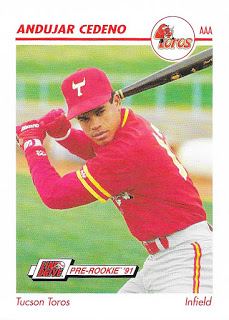 There was some minor league action as well, with this 1991 Line Drive AAA offering of then shortstop prospect Andujar Cedeño. 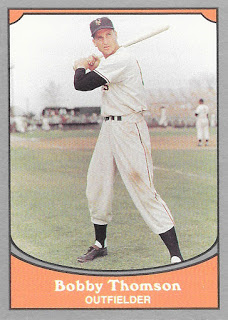 And on to some Legends! Joshua had 8 cards I needed for the 1990 Pacific Legends set. Someday I’ll make an effort to finish off the full 1988-1990 run. The Bobby Thomson was my favorite of them. 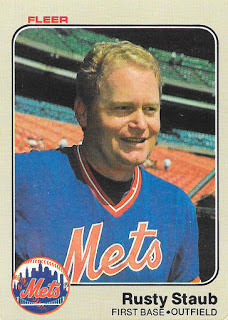 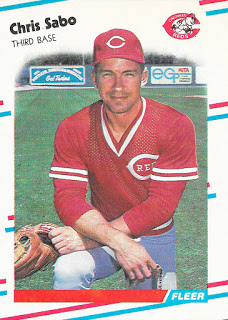 As is typical when I put together a lopsided trade over at TCDB, once I’ve run out of stuff that matches to my want list (still the coolest tool on the site), I start browsing the other person’s trade list for other stuff that might pique my interest. I’ve got a small Le Grande Orange PC going, so I nabbed this ’83 Fleer to go with it. I also picked up this ’88 Fleer Update Chris Sabo XRC (remember those?) with designs on sending it to him for an autograph at some point in the future. I mean, a ROY on an XRC? GTFOH. 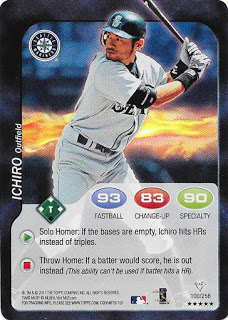 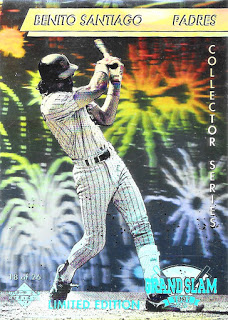 I’m not really one for gaming cards, but I think the overall design of the 2011 Topps Attax set is pretty cool – much more card-like than the previous year, and this Ichiro caught my eye. I’ve also got designs on a complete Grand Slam Grand Slam – full runs of all the Denny’s sets. I know it’s more than four sets, but shut up, that’s what I’m going to call it. So I picked up this Benito Santiago from the 1991 set to put towards that effort. 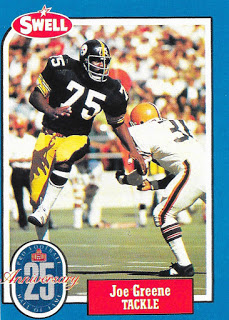 I even found a football card I liked! I just couldn’t pass up this 1988 Swell Greats of Mean Joe Greene. 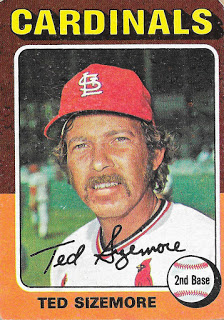 Finally, Joshua was willing to part with these last few cards, which will go towards eventual vintage set builds. First is a Tom McCraw from the ’73 Topps set. Tom spent several years with Houston as a hitting coach, so I thought this was a neat pickup. I also added this ’75 Topps of Ted Sizemore, who won the 1969 NL ROY with the Dodgers. 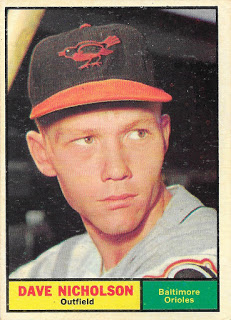 Finally, another fellow with Astros ties – one Mr. Dave Nicholson, whom I’ve written successfully in the past. Dave spent the 1966 season with Houston. “Big Nick” hit absolute moonshots, although he did not hit them very frequently. In 1964, he smacked an absolute whopper of a home run in Comiskey Park, which either cleared the roof or bounced off it. Official opinion is that it cleared it, and tallied an incredible 573 feet if the records are to be believed. What’s more, the Sox played a double header that day, and Dave had two more homers. However, he only hit 13 in the season.

I was really thrilled when Joshua agreed to add this one to the trade. I don’t have many cards from 1961 – particularly since the set predates the existence of the Houston franchise.

Thanks again Joshua! Let’s do it again real soon – like this week!