by MarcPosted onSeptember 18, 2018July 9, 2019
I’m trying (and succeeding at the moment!) to make some progress on my backlog of cards to post whilst also staying on top of the stuff that’s arrived recently – so I’m going to utilize this post to knock out a pair of envelopes that showed up this week from TCDB swaps. Also, if you’ve sent me something and I haven’t gotten to it – I will! I promise you that. 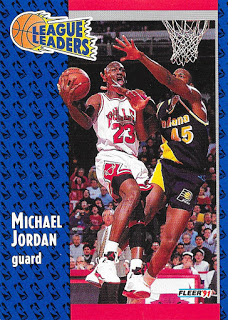 First was a quick swap with Jesse, aka jddavis84. This one actually started out as a 1-for-1 swap that he proposed. He was “desperately trying to finish the Before Opening Day” inserts, and I had the last one he needed – a Bryce Harper. This Dallas Keuchel was the sole card he had from my want lists, but I checked and I had plenty from his. What’s more, he’s got ambitions on working on a ton of sets. Seeing an opportunity, I browsed through the rest of his trade lists and found this nice MJ card. I’ve always liked the 91-92 Fleer set. Oh, and I sent Jesse a small flat rate that was absolutely stuffed – 384 cards to help out with his set builds. 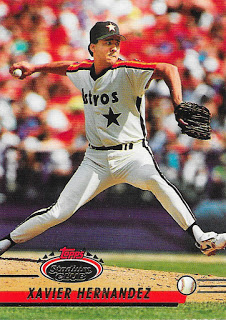 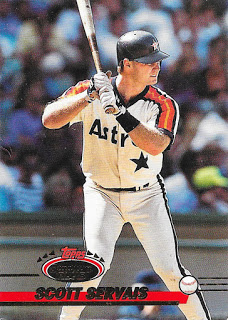 The other package that came in was from Michael, who goes by Lugnut80 on the site. He had a little more for me, including two of my last wants from 1993 Stadium Club. Casey Candaele and Doug Jones are the last Astros I need. 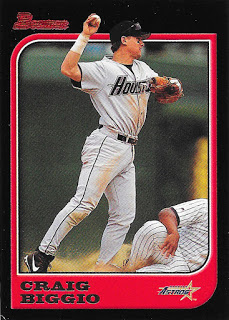 Michael also had a pair of 1997 Bowman cards I needed. This Biggio was the 50th new card of him that I’ve added this year. It’s fun keeping track of stuff like that. I enjoy this set quite a bit. Red was used for established players and blue for the prospects. 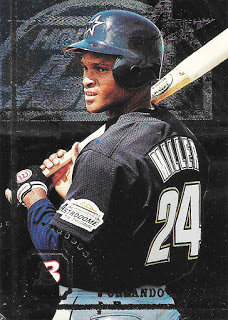 Speaking of Bowman, I added this foil card of Orlando Miller from the 1994 set, which is probably my favorite Bowman design ever. The Shane Reynolds comes from 1997 Finest, a set from which I don’t have many cards. I know Night Owl says he likes to let these breathe. I think I would do that for dupes, but there’s something about me that feels like I should leave the coating on.

This package wasn’t just Astros either. Among the other cards were four more cards from the 1984 Ralston Purina set. I’ve gotten 9 of these cards now. I’m not sure whose #DADHAT game is stronger here, Guidry or Lynn. 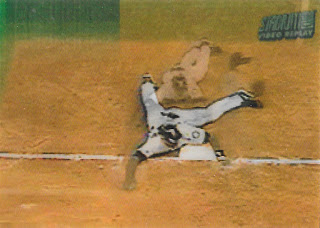 Finally, there was this lenticular pickup from a 1999 Stadium Club insert set called Video Replay. This one shows Alex Rodriguez sliding into third base while the shot zooms in on him. Here’s a little clip of it in action.

Thanks for the trades Jesse and Michael!