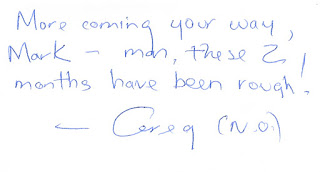 It’s mid-September now, and while both of our teams are in much narrower playoff races than either of us expected – especially in Night Owl’s case – back in June things weren’t looking like it would end up that way for the Astros. For Greg’s Dodgers, though, the alarm bells were beginning to sound, and some talented Rockies and Diamondbacks clubs were already giving him pause. Plus, like half of his team was injured – including the guy that was supposed to anchor shortstop on my fantasy team, one Corey Seager.

That didn’t stop Greg from sending some cards my way, though. I think trading is one way that we cope with the long season. These little bundles of cardboard that bring us delight and distraction arrive in our mailbox, and landing a few new cards of your guys helps you shrug off the fact that both your reigning MVP and former ROY middle infielders are slumping like crazy, and that you’ve had several guys go down with nagging injuries. At least, that’s how I feel about these swaps in the heat of the summer, and I like to think about the joy the cards I send out will bring as well. I’ve sent Greg a few packages this year, and he’s returned a few my way as well. Here’s what showed up in June. 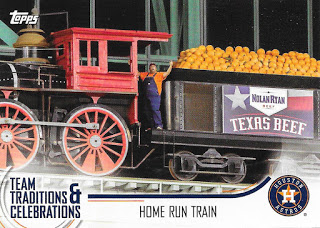 Ok, I had this card already, but I definitely wanted to pick up another one. I’m hoping to get it signed by the gentleman you see in the train there, who goes by the moniker Bobby Dynamite. I was pumped to see it when I opened this package. 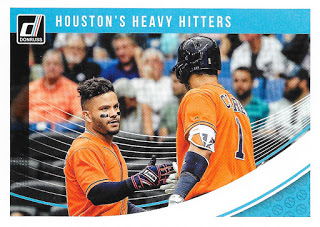 Here’s one of those weird Donruss multi-player cards where they chose to leave the corner design but not fill in the text. This has to go down as one of the most bizarre cardboard decisions of the year. 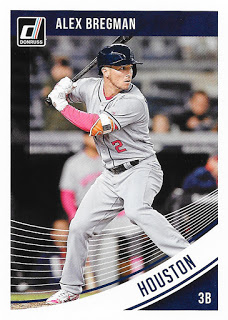 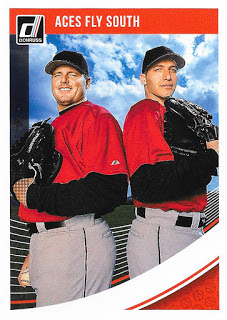 Greg sent two more cards I needed from the Donruss set, including the Bregman variation card showing the Mother’s Day uniforms, and another of the star combo cards featuring Andy Pettitte and Roger Clemens, who’d both arrived from New York back in 2004. 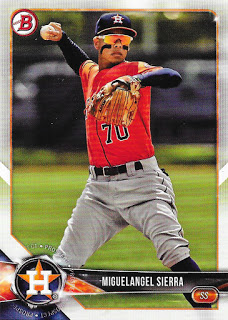 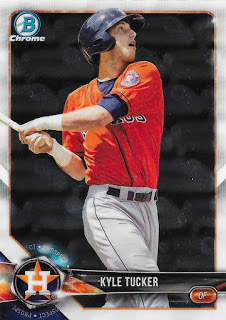 These were a most pleasant surprise. Tucker just earned another call-up. He absolutely ripped through the minors this season and while his big league stats weren’t much to sneeze at, he’s got some real promise. Sierra is a shortstop, and while he hit just .230 while spending the year in A-ball, among his 90 hits were 16 doubles, 3 triples, and 11 homers. He’s just 20 years old. 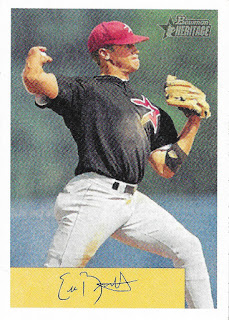 Let’s shift from modern Bowman to Bowman Heritage. Greg found two more cards I needed here, with this 2002 Eric Bruntlett and 2006 Lance Berkman. Bruntlett’s a Stanford guy, so I’ve got to remember to set aside any dupes I run across for Nick. 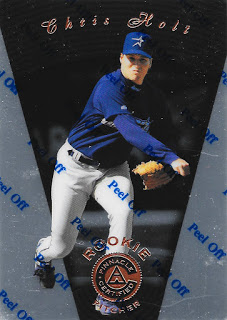 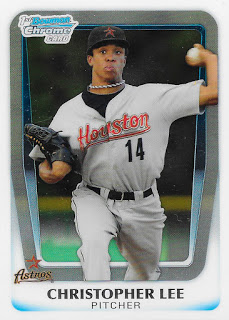 Shiny pitching prospects. That 1997 Pinnacle Certified set was really something. 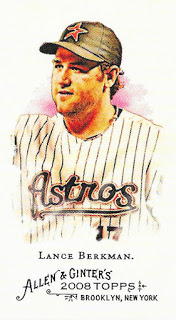 Finally, it’s only fitting to end a Night Owl package with two of his specialties – minis and Kellogg’s cards. Sure, that Bob Watson has seen some better days, but that doesn’t make it any less stupendous.

0 Replies to “Flying By Night”