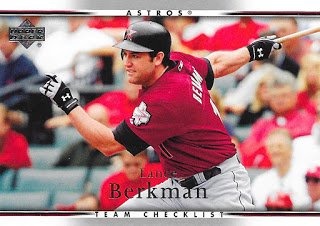 With January finally complete here at the ‘Dome, I’m going to take a quick minute to fly forward and knock out some smaller posts. So pretend that it’s June here, and get ready to see some 2007 Upper Deck! Whoo! I know you’re really thrilled about that.

In all seriousness, though – I think I have three posts on the way that all feature some ’07 UD cards, like this Lance Berkman team checklist that I picked up from Josh, aka TheToddFather21 at TCDB.

Sneaky ‘Stro alert! It may not look like it from this Braves-Red Sox game action, but this is indeed an Astros card of one Mark Loretta, then an offseason acquisition. 2007 Upper Deck is riddled with these cards. I mean, I’m grateful it’s not a bad photoshop job, but this also makes me mindful of how photo selection relates to manufacturing timelines and setting checklists. I mean, would you rather have this just say Boston on it? I’m genuinely curious. 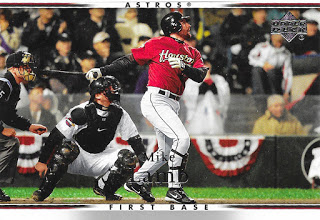 Folk hero Mike Lamb made it into the package as well. I say that in a bit of jest, but I loved watching Lambo here; he was a potent bat off the bench and could play all over. This photo is actually from the 2005 World Series – you can tell by the bunting and the (hideous) logo patch on the catcher’s right sleeve. 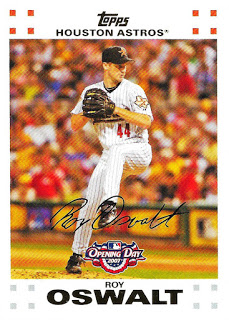 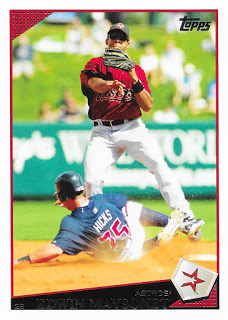 There was a pair of Topps needs in the trade as well. The Oswalt brings me one card away from the 2007 Opening Day team set; I still need #140 Lance Berkman. I know a couple posts ago I mentioned getting the ’09 team set finished off with a trade, but this Edwin Maysonet comes from 2009 Update. I still need half a dozen of those, and this card was necessary to replace the one he’d signed for my Astro-graphs project. 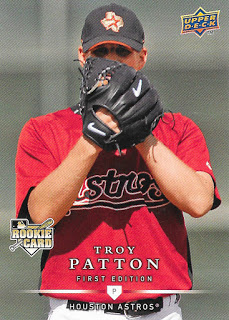 The final card in this package was a Troy Patton from 2008 Upper Deck First Edition. I want you to remember this one, and not for Patton’s Palpatine-esque stare from beneath the bill of that horrific Spring Training cap. Just remember it for the next time you visit the blog.

Thanks Josh! Here’s hoping we can trade again soon.