Alright, we’re getting somewhere! Phil Plantier is stoked! Or maybe he’s simply incredulous about a strike call. Or perhaps he’s making plans with the catcher to go grab a beer after whatever Spring Training game this was.
I’m plowing through January’s trades in my effort to someday bring this here blog up to date. This one came in from Jimmy, whose TCDB handle is torcato. He had reached out to me inquiring about a smattering of cards from 2016 and 2017, and had some Astros from my want list. This Plantier was one of three 1995 Upper Deck needs he sent my way. Phil was involved in the massive 12 player trade between Houston and San Diego in December 1994. For as little time as he actually spent with the club – just 22 games before he was traded back to San Diego – he made it into a surprising number of sets as an Astro.

Fireballing righty reliever John Hudek was another of my needs. He stormed onto the scene in 1994 and made the ’95 All-Star Team before getting traded away to the Mets in exchange for the speedy Carl Everett. Hudek’s daughter actually played college ball – baseball, that is – as a pitcher as well, and played for the US National Women’s Baseball Team, competing in the 2014 Women’s World Cup and the 2015 Pan American Games. She’s since transitioned to softball and had some excellent success at my alma mater, Texas A&M. 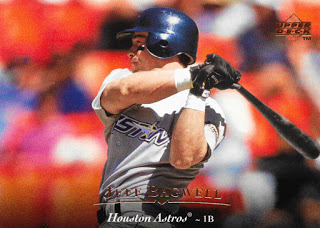 The last of the ’95 Upper Deck cards that came my way was a big need – a Bagwell! I’m not certain how I didn’t have this one yet, but I was very happy to add it to the collection. 1995 Upper Deck is just a beautiful set. 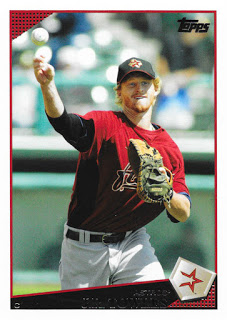 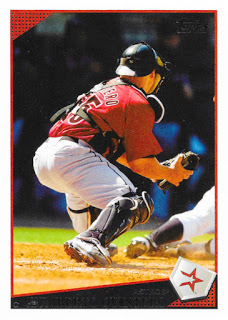 Jimmy also had what I believe was the rest of the Astros on my list from 2009 Topps. Here’s a catcher warming up and a catcher’s backside as he makes a play at the plate. Poor Humberto Quintero, we don’t even get to see your face or your front side as you apply that tag. 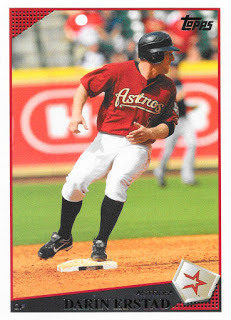 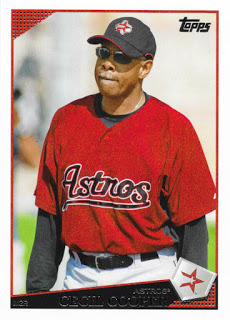 Darin must be checking to see if he can advance to third. Cecil Cooper looks like he’s pretty disappointed in whichever pitcher he’s about to pull. 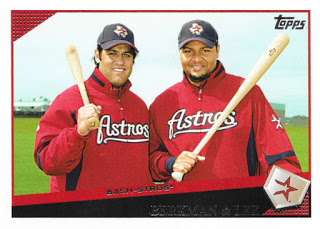 Oof, those awful ugly batting practice hats and Starter jackets. Those are, well, not flattering. 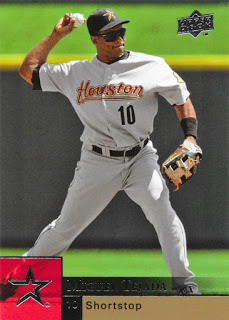 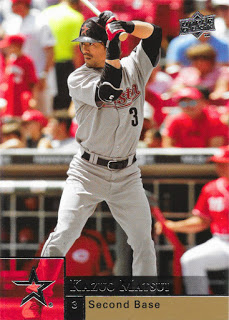 Jimmy also knocked out quite a few cards from the 2009 Upper Deck set as well. My favorites were the keystone combo of Miguel Tejada and Kaz Matsui. Kaz couldn’t ever stay healthy here, from what I remember. 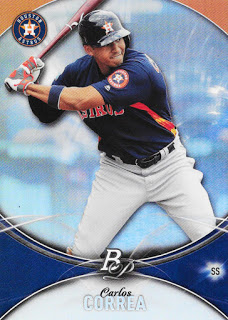 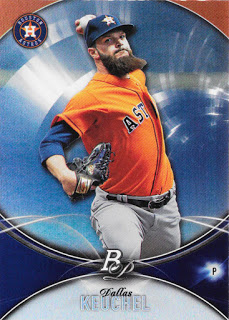 There were a few new cards in the package as well. These were my first look at 2016 Bowman Platinum, if I recall correctly. It’s kind of weird seeing these after getting some cards from the 2018 set. These are nice, and while I don’t think this year’s set is perfect, I do prefer this year’s model. It’s strange to see such a radical departure from the previous set, though. 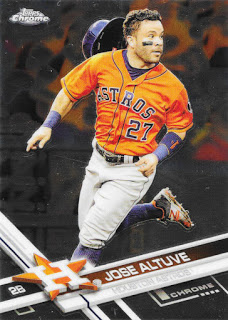 Finally, Jimmy also provided one of my first cards from 2017 Topps Chrome. I will inevitably buy a rack pack or two of this stuff each year, but it’s one of the products I historically shy away from. Chrome has felt like a bit of a gimmick to me ever since it first debuted some 20 years ago. That being said, I’m more than thankful for those who do enjoy it and are willing to send their spare ‘Stros my direction.

Thanks again for the trade Jimmy! I suppose it’s time I check out your want list again.