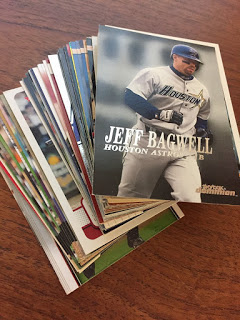 Last weekend I had an entire Saturday all to myself. My wife was away on a three day retreat, Lil was staying with her grandparents, and I had a full day, wall-to-wall, all to my lonesome. It was incredible, and I’m sure those of you with a kiddo will know what I mean. Not that I don’t love both of them dearly, and I missed them both, but to have an actual uninterrupted day to accomplish things was fantastic.
So, I of course went to the card shop and did a little digging. I hadn’t been to the shop or a show in months, and just spending two hours flipping through assorted monster boxes was great. I found a pile of seven or so that must have been picked up in a purchase, and I don’t think Harold, the shop owner, had even glanced through them. They were sitting on a display case in the middle of the shop amidst piles of other stuff. I’m sure I’m probably the only guy that’s been through them. 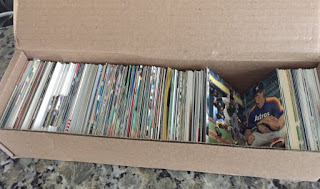 I don’t want you to get the wrong impression, though. This joint was a brief respite and reward to myself for knocking out about 20 tasks on my to-do list first. It wasn’t like I knocked off for the day and shed any semblance of responsibility.
I wagered that I could probably just make a pile and that Howard would tell me 10 cents a card or so. He’s probably happy to just have them out of the shop. In the end, I came away with just over 400 cards, for a clean 40 bucks. The funny thing, though, is that at least half of these cards aren’t even for me. I did pile up a nice stack of 63 new Astros (shown up at the top), a heftier stack of cards for various PCs of varying levels of importance, and a pile of “potpourri.” The rest was either pulled with specific fellow collectors in mind or with an eye toward using it as trade fodder. Today’s post is about those Astros cards, though. 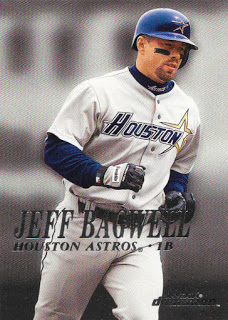 First up is the lone Bagwell I found sitting in those boxes. Yes, in the half dozen-plus monster boxes I went through, there was a solitary Bagwell card. Ok, there may have been a couple others, but this was the only one I needed. 2000 Skybox Dominion was a nice clean set.

I wound up with four new Biggio cards out of the dig as well. I’ve actually been keeping a spreadsheet of my trades and purchases from the year, and one of the things I’m tracking is how many new Astros, Bagwells, and Biggios are coming in, in addition to the overall in vs. out numbers. This bulk buy did a number on my incoming/outgoing ratio, but the amount of trade stuff should make up for it. Oddly enough, I’ve had the Golden Rainbow parallel from 1994 Stadium Club for at least two years, but hadn’t run into the base card until this dig. I found almost all of my 1993 Bowman Astros as well. 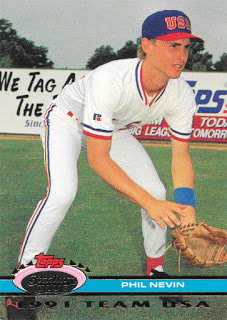 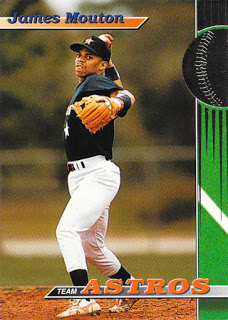 Ok, technically this Phil Nevin is not an Astros card, it’s a Team USA card. But, as you may very well know, the Astros selected Nevin over Jeter in 1991 and hindsight is 20-20. That’s also not a 1991 Stadium Club card; it comes from the 1992 Stadium Club “Dome” set. So Nevin was already in the Astros system at this point, and I’m counting it. The Mouton comes from another off-beat Stadium Club set, the 1993 Stadium Club Astros issue. I was able to find several more of my needs from that set as well. 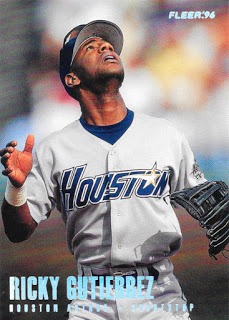 We can all agree that 1995 Fleer was just terrible, but in 1996 they issued a sublimely gorgeous set – and it’s even prettier in its fancy glossy Tiffany version! Both the Tiffany Gutierrez and this 2008 SP Authentic insert of Lance Berkman feature some sweet holofoil lettering, which scans great! 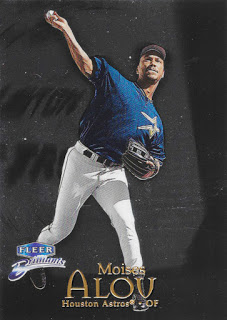 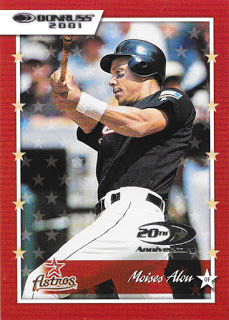 The cool thing about digging through these boxes was running across big chunks from various sets. That’s how I found this 2000 Fleer Brilliants card of Moises Alou, as well as a Shane Reynolds and several other PC additions. Donruss had been missing for two years, but reentered the market in 2001 with this crazy issue. Yes, that’s a base card, with all of that action going on. You can see the Enron Field inaugural season patch on Alou’s left shoulder – I have one of these in a box somewhere. Unfortunately, I got it signed by Chris Truby. I should have held out for someone better. 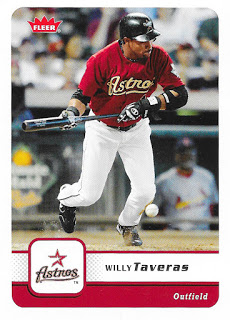 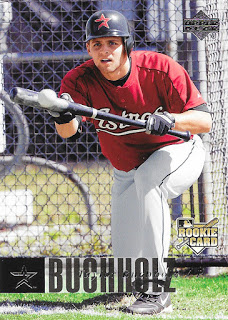 Buntin’ Stros! These are both from 2006 – and both Upper Deck issues. Wait, you exclaim, that’s a 2006 Fleer! What do you mean?
Yep, that is a 2006 Fleer – a set that I think happens to be very well done in its simple layout, and also an Upper Deck product. UD had purchased Fleer after they went bankrupt. 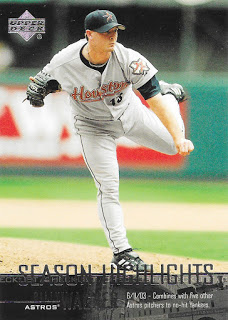 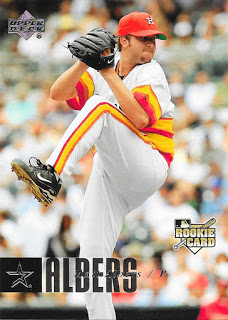 From bunting ‘Stros to bullpen ‘Stros, I found it all. The Wagner is a highlight card from 2004 Upper Deck, celebrating the time that six Astros threw a combined no-no against those no-gooders from New York. While I only found two cards from ’04 UD that I needed, the Albers was one of nearly a dozen cards I needed from 2006 Upper Deck. This was one of the first times the Astros broke out those sweet Tequila Sunrise throwbacks. Unfortunately, they didn’t shell out for matching batting helmets, so pictures of hitters from that game look, well, really weird. 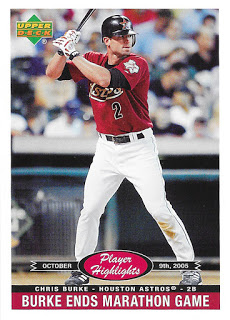 My favorite Astros card from the haul though is probably this Chris Burke insert from 2006 Upper Deck, highlighting his 18th inning home run that put the Astros past the Braves in the 2005 NLCS. I watched all of that game, and man was it nuts. The Huff marks the second of the three Trading Places cards from ’07 Topps to feature an Astro. I’ve got the Loretta, showing him incoming from the Red Sox, and I’m missing the Andy Pettitte. 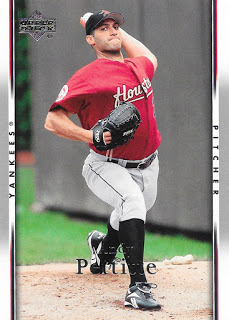 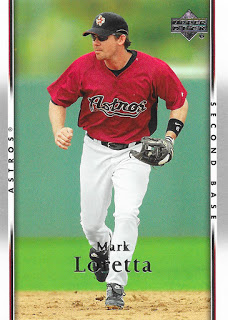 Speaking of whom, these were two of the several 2007 Upper Deck cards I picked up. I mentioned a few days ago that there would be plenty of the Astros from that set featured this week. The Pettitte is yet another ‘Sneaky Stro, and wasn’t even on my want list as it’s technically a Yankees card. But for my purposes, it’s also an Astros card. Fortunately, UD was clumping teams in those sets, and I found the stray Pettitte surrounded by a few other Astros.

You’ll want to stop back by tomorrow to see the rest of the highlights. It’s gonna be a long post but there’s a bunch of good stuff that I found.