by MarcPosted onDecember 26, 2018July 9, 2019
Ok, let’s try to get this thing back on track. If I write one of these a day for the rest of the year, we’ll finish on December 31st. That sounds like an excellent way to wrap up the Brubaker’s Dozen Finds.
Find number Six is one of those random oddball items that turned up in an eBay search probably two years ago. I wasn’t itching to buy it, but threw it on my watch list. As it was in someone’s “store” and not an auction, it kept re-adding itself to my watch list monthly whenever it auto-relisted on the site. Eventually, after two-plus years of “watching” this thing sit on eBay, the price got marked down from $15 to $10, and I thought to myself, “what the hell, I haven’t bought anything in a while.”
And so, I present to you a near-pristine 1971 Dell Team Stamps album of the Houston Astros. 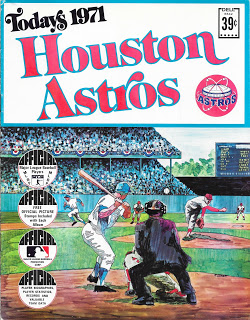 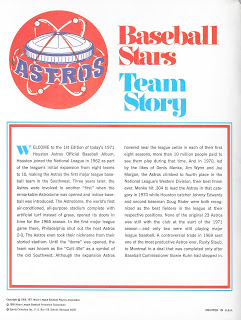 Because this thing was in generally fantastic shape, I went ahead and scanned every page. Aside from some edge wear, it’s pretty much perfect. Here’s the cover + inside cover, which tells the “Team Story.” I’ll let you click on the pictures if you’re interested in the details. 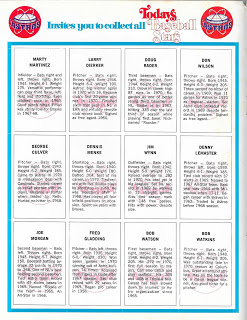 Here’s our first page of players, with a complete scan of the backs. Since it’s the front/back of a page, you’ll need to match them from the inside going out, or vice versa. Shown on this page are Don Wilson, Doug Rader, Larry Dierker, Marty Martinez, Denny Lemaster, Jim Wynn, Denis Menke, George Culver (in a Cardinals uniform), Bob Watkins, Bob Watson, Fred Gladding, and Joe Morgan. I may have to scan that Watkins and do a bit of retouching in order to make him a proper custom for my Astro-graphs pursuit. 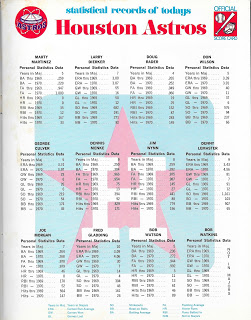 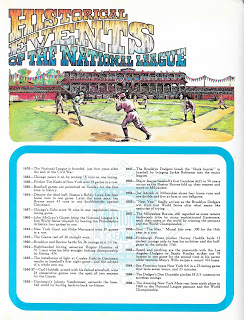 The next page contains stats for the players on the previous page of stamps. If you lifted the page, you’d see the corresponding stats listed in each spot below the player. The back of this page has a selection of historical NL events, in a timeline format. 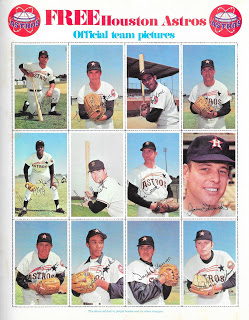 The second and final page of “stamps.” I put that in quotes as these don’t appear to have any adhesive, and I can’t really imagine why you would want to affix them in an album of any sort when those great bios are on the back. Page two has Norm Miller, Tom Griffin, Jesus Alou, Jim Ray, John Mayberry, Jack Hiatt (in Giants uni), Ron Cook (I should really scan this one to make an additional custom of him), John Edwards, Skip Guinn, Scipio Spinks, Jack DiLauro, and Jack Billingham. 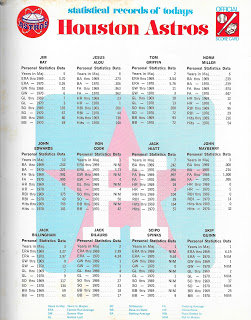 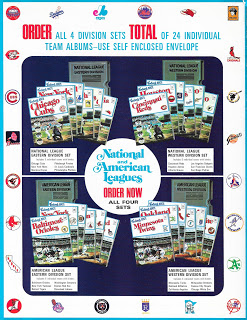 The final page is more stats, along with an advertisement page about ordering the other albums. Apparently these came in sets as ordered by Division, which is pretty fun. The “Self Enclosed Envelope” is in fact still stapled into the album, and is kinda fun as well.

See? A rather fun envelope with all those old logos.

The reverse side of the envelope. Apparently there was an All Time Great Stars album as well. 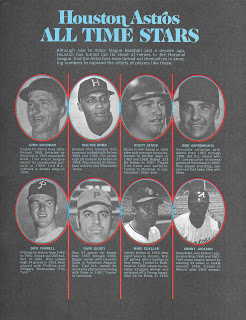 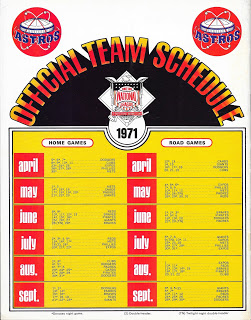 And finally, the back cover. The inside features some All-Time Stars from the franchise. Given that the club had only been around for a decade at this point, it’s pretty interesting to see who makes the list. We’ve got John Bateman, Walt Bond, Rusty Staub, Bob Aspromonte, Turk Farrell, Dave Giusti, Mike Cuellar, and Sonny Jackson. Bond’s photo is from Spring Training 1965 – the H on his cap is a dead giveaway (see the Jay Publishing photos I posted earlier in this series). Farrell, Giusti, Cuellar and Jackson are all depicted with other teams, which is interesting – I’ve got to wonder if that had to do with the photo licensing at the time, and only using current photos of the active players. But that still leaves the airbrushed caps/helmet on Bateman, Staub and Aspromonte, and Farrell is shown in an older photo of him in Phillies garb, so I’m also wondering if there was some sort of logo issue going on here. That doesn’t jive with them using photos with logos for the actual “stamps,” though, and even during the ’68-’69 blacked-out caps days of Astros cards from Topps, Dexter Press was still able to put out releases with logos – and the “stamps” certainly look like the same type of shots. Perhaps 2019 will be the year that I finally solve that puzzle.

Apologies for not getting too in the weeds with the actual stamps here – I’m going to try and knock out a few of these posts. With three families to visit for Christmas and a kiddo with a cold, my blogging time took a hit. Oh, and we drove four-plus hours to Fort Worth on Friday, watched my wife’s HS (where she teaches, not her alma mater) drop the state championship game on Saturday, and drove back afterward, so that little getaway ate up a good bit of down time as well. It was really fun, though.

Alright, there are five more of these to go! Hopefully I can sneak in a few trade posts before the year is out as well. Stay tuned.

0 Replies to “Brubaker’s Dozen Finds of Ebay #6: A Stamp Album”