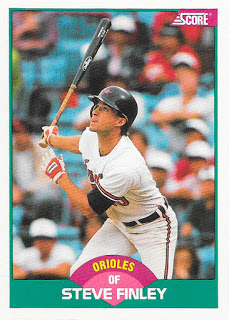 I’m trying to power through the overdue trade posts as quickly as possible so that I can get as close to caught up by the end of the year. Here’s yet another TCDB trade. I found some ’91 Bowman Cubbies and a stack of 2018 flagship to send to Jake (jakenlaura2002), and picked up a few Astros cards in return.

Oh, and there was this superb Steve Finley rookie card from the 1989 Score Rookie & Traded set. Finley was one of my favorite Astros as a youngster – and I was really sorry to see him go. The ’89 Score set is also severely underrated in my opinion. Sure, there’s no team logo, but the entire layout of this set is just sublime. Plus it has that great Score back. I just had to have one of these.

Alright, let’s get to those Astros I mentioned. 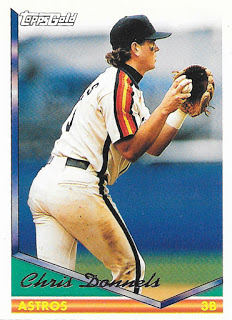 First up: a pair of parallels of sorts. The Mumphrey is from 1985 – and Canada! I love the big ol’ Leaf logo stuck up there just overshadowing the Donruss logo. The shot of Chris Donnels backside is from 1994 Topps Gold, and it’s always nice to pick those off. 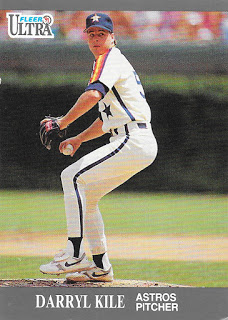 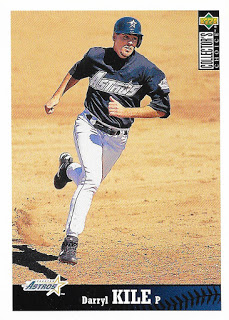 Jake also had a pair of DKs which I needed, including a great 1991 Ultra rookie card. Look how skinny and babyfaced he looks! The 1997 Collector’s Choice is excellent too – not only is it a pitcher running the bases, but also it’s a Tatooine card too boot! I forget who collects those, but add this to your checklist. 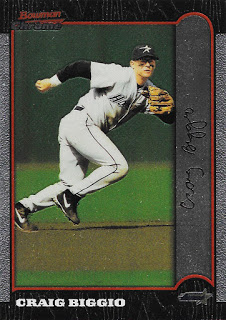 I picked up one new Biggio in this trade, a 1999 Bowman Chrome. I’ve always thought the ’99 Bowman design was pretty odd. There’s something charming about the photo selection here, though. I dig it. 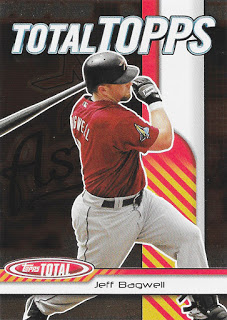 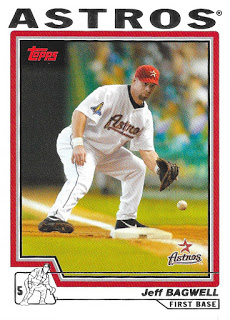 Finally, there was a pair of new Bagwell cards in the lot for me. The Total insert is pretty nice, but what is going on with the photo selection for this ’04 Topps card? Maybe this is why I disliked the ’04 set so much. It’s always nice to add new Bagwells, though!

Thanks for the trade, Jake!