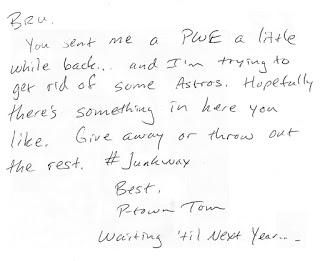 Back in May, Tom of Waiting ’til Next Year sent out several boxes around the blogosphere while trying to clear out some of his extra stuff, as the note here says. While yes, it was junk wax heavy, and yes, I did have most of the cards already, there were of course some delightful new finds awaiting inside the box.

Also, for the record I could never throw away cards (unless it’s poor condition junk wax, which I’ll recycle), so the rest of these went into my trading pile. I’m sure I’ll end up giving away some of these at some point. I’m really thinking about bagging up random Astros and giving them out to kids at the games I go to next season, so some of these extra cards will hopefully spark some new collections. 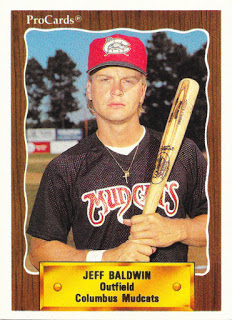 One of my favorite new finds in the box of ‘Stros was a minor league card! This 1990 ProCards issue of Jeff Baldwin depicted with the Columbus Mudcats, the Astros AA ballclub, was a lovely pickup. Baldwin would make his major league debut in 1990 as a late-May call-up. He snuck into seven games, entering six of them as a pinch-hitter, and has the dubious distinction of being a “hitless wonder.” Jeff went 0-for-7 in 8 at-bats and reached on a walk in his only other plate appearance. He did manage to score a run when Álex Treviño came in as a pinch hitter following Baldwin’s walk and smacked a home run. Baldwin’s two-week stint in the majors came to a finish on June 4th, and that was the end of his major league career. He was sent back to Columbus, and spent the next several seasons in AA and AAA. 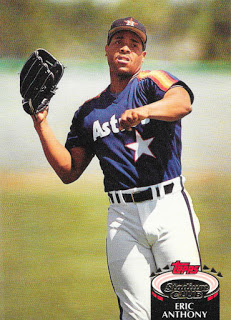 Still plugging away on them early 90’s sets! These weren’t set killers, but they were very much appreciated. The Gonzo is a fine rookie card, to boot!

Tom found me a ‘Sneaky Stro! I think I may have already had one of these which I had gotten signed as a kid, I can’t quite recall off the top of my head. If you can decipher the glorious foil background from which Carl is trying to escape, you’ll notice that it does say Houston Astros down there for the team name. 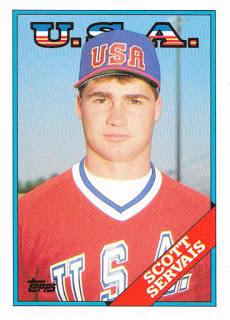 This might have been my favorite pickup, because it killed off my 1988 Topps Traded team set.
“But wait a minute, Marc! That’s not an Astros card, Scott is clearly depicted on Team USA here!” Ah, but that’s what your feeble mind wants you to think. You see… 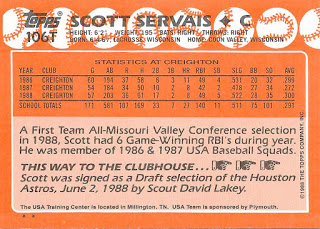 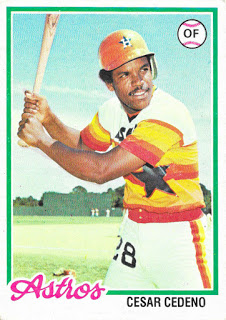 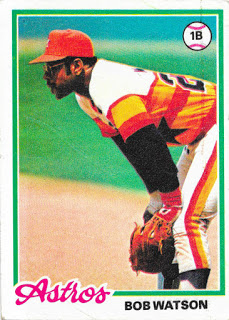 Last but certainly not least, there were a few stray ’78s in the box! I’ve had the team set completed for over a year now, but I wouldn’t dream of letting these two beauties get away. I’m holding out hope that I can pick up some ink on them, but most likely they’ll be headed for an eventual set build. Perhaps. I’m still not certain I’ll chase ’78 yet.
Thanks for the box of cards, Tom! I’ll make certain the rest of them find good homes.

0 Replies to “Trader’s Backlog: I Waited Until Almost Next Year”