by MarcPosted onDecember 27, 2018July 9, 2019
Yowza, time to get back to the good ol’ trade backlog. I’m determined to get through July before year’s end – there are only two posts I haven’t put up yet, so it’s doable. The nice thing is that I’ve already posted all of August’s trades, so I’ll be into September once I get these two up.
A while back – almost six months ago now – our esteemed colleague Brain at Highly Subjective and Completely Arbitrary sent me some wonderful cards, which I completely neglected to post. So let’s make good before the year is out!

To start, let’s begin at the beginning: these are the cards that kicked things off. Brian had posted some Ginter that he was trying to clear out, and I hopped at a few of the non-baseball players. I’m honestly hoping to get these signed at some point – I think Taurasi signs, and I know Jonah would, but Biz would be a real coup for me. I photographed him DJ-ing a party when the NBA All-Star Game was here in 2013, so I have some good custom fodder that may help me in that department. Now I just need a good address – you got what I need? 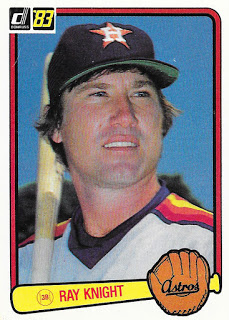 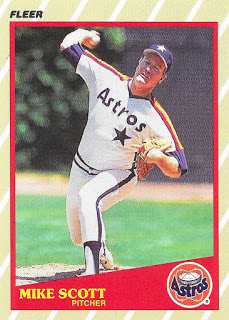 Brian, being the excellent trader that he is, rounded out the package with some Astros for me. These two 80’s pickups were nice additions. At some point I’ll make a targeted effort to finish off those early Donruss team sets. This Ray Knight brings me within one for 1983, I believe. 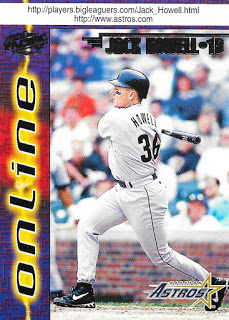 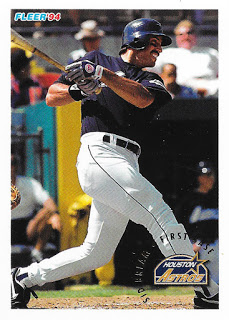 Brian also took a look at the ol’ Most Wanted list in the sidebar (which has since morphed into two new sections: White Whales and Set Killers) and knocked off one of my top needs: this 1998 Pacific Online Jack Howell card. It’s Howell’s only Astros card, and my second copy of it – hopefully I’ll find some success TTM when I send this out to him. He also cleared an entire team set off my want list when he sent all of the 1994 Fleer Update (or is it Final Edition?) Astros my way. The Sid Bream is a particularly nice shot. 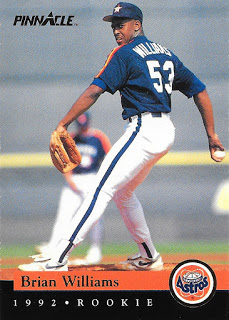 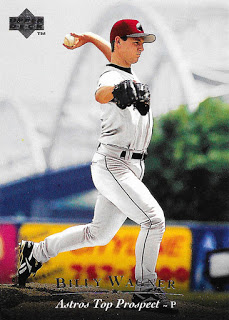 Here we have some nice cards of some pitching prospects, if such a thing exists (TINSTAPP, wink, wink). I don’t think I was even aware of the Pinnacle card, but it fulfills a team set need as well. I love that minor league Wagner, though. 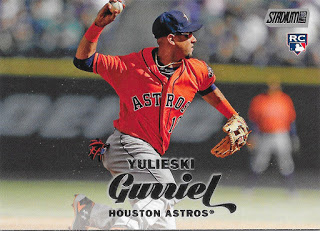 An absolutely lovely horizontal shot of Yuli pickin’ it at third (or maybe filling in at shortstop). 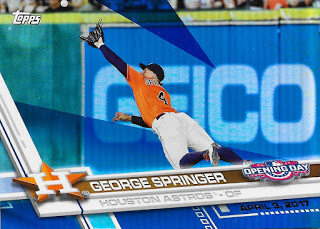 There was also a bomb-ass blue Opening Day parallel of Gorgeous George making a superman catch. 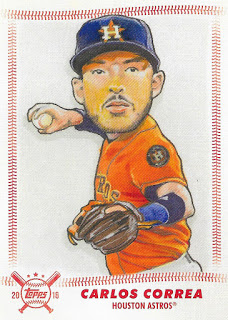 Inserts! The Fisher is from 2017 Chronicles, and is some sort of parallel version (aqua, teal, Carolina Blue, whatever it is that I can’t remember). The Correa comes from Big League, and is one of two caricature cards of him. I’ve picked up both now. 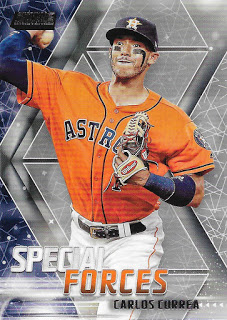 Stadium Club was fairly new around the time this package arrived, and I recall thinking that I piled up some of the Astros really early on, thanks to some packs and a few trades. I like this Beam Team insert a lot.

Speaking of Stadium Club, Brian also supplied my first Bagwell of 2018. Well, my first that was issued in 2018, that is. It’s not just any ol’ base card, either! No, it’s a stupendous red foil parallel. Go figure that my first 2018 Bagwell winds up being a parallel, huh?

Thanks again for the cards, Brian! I’ll need to pile up some Twins to send your way.