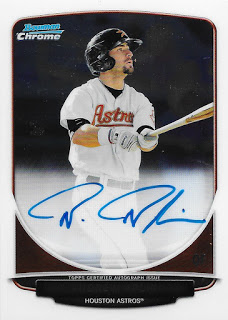 It’s time to officially put July to bed before the year’s end (note: this will bring me caught up on trade posts through August). Back in late July, I was perusing Twitter while watching an Astros game, examining my blend of news, card traders, other baseball junk, etc. Somewhere in there, a card guy I follow retweeted another fellow collector, and I got intrigued, and eventually we worked out a trade.

These came in from Tim, aka @BigShep79, who runs a blog called Big Shep’s Cards. After perusing his wants and trade bait, he came up with several Astros prospect signatures that I needed, and I sent him a nice stack of vintage from the ’72-’73-’74 sets.

First up in the stack is a lovely signature of Andrew Aplin. He had some nice seasons in the minors, particularly in 2015 when he hit .296 between AA Corpus and AAA Fresno. But 2016 was a down year for him in AAA, and the club traded him to Seattle in early 2017. 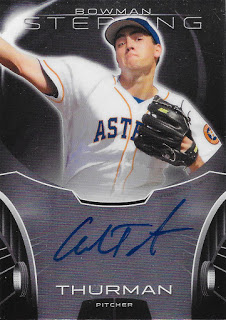 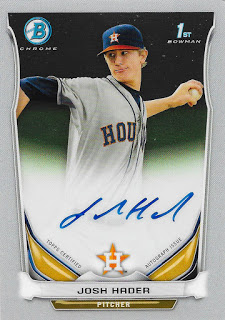 Here’s a pair of relievers the club traded away. Andrew Thurman was part of the package that landed Evan Gattis prior to the 2015 season. Hader was part of the Carlos Gomez / Mike Fiers trade with Milwaukee. He had an excellent season in 2018, and made quite a stir during the All-Star Game, in two ways. I’m going to hope that he has changed, but I don’t want to get into the weeds here. It’s a nice addition, and fills out a spot in the Award Winners autographs thanks to his winning of the NL Reliever of the Year.

Aw, Big Jon Homerton. I miss this guy. I wish things had worked out better for him. 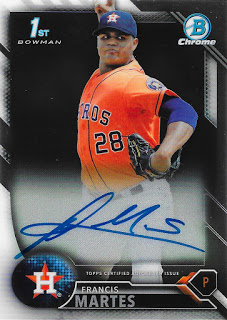 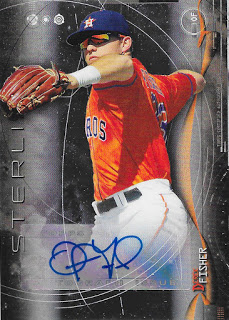 It wasn’t all former prospects in the package. There was a nice pair of guys still with the club, who actually made it to the show with the club, and both contributed to the World Series run last year. Frankie Tuesday got into 32 games in 2017, mostly out of the bullpen. Derek Fisher was the more critical component, acting as the Astros’ speedster off the bench and flyinging around the bases to score two of the most critical runs in the World Series. These pickups both filled holes in the Astro-graphs project. 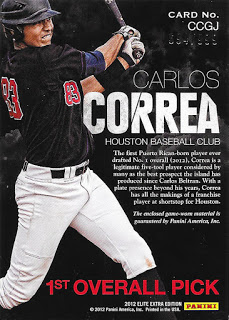 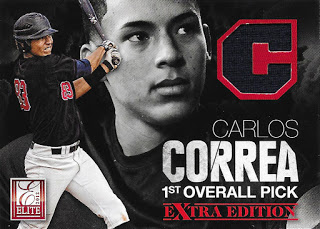 Lastly, there was one non-autograph in the package. This one is a nice early relic card of Carlos Correa, from the 2012 Elite Extra Edition set. It’s a one-card insert celebrating him as the first overall pick in the 2012 draft, and is numbered to 999. It’s my first Correa relic thus far.

Thanks for the great swap, Tim!