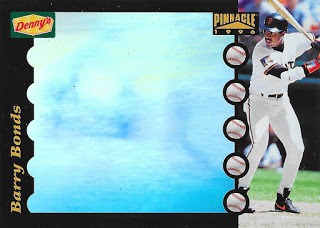 Everyone’s favorite editor sent me some cards recently. He did this despite the fact that I missed my self-imposed, secondary (tertiary? I lost count) deadline for getting my custom set done. He didn’t know that of course, but at least he’s not my editor and I didn’t cause him any grief.

I’m talking about our beloved Night Owl, of course. I’d dropped a little envelope his way not long ago, and he piled up a lovely little stack of cards to send to Houston. They just so happened to show up on my (missed) deadline day. One of the things that Greg took note of was a somewhat recent addition to the want list: a full run of what I’m missing from the Denny’s Hologram sets. Included in this package were a trio from the 1996 Pinnacle issued set, including this Barry Bonds – a Giant which I’m sure Greg was happy to evict from his stash. 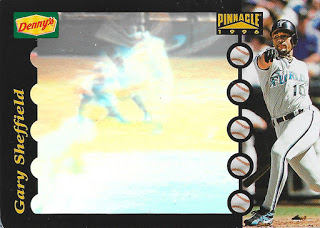 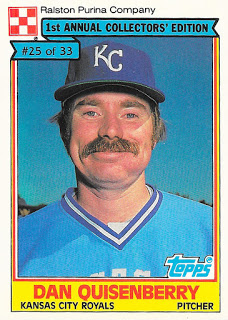 At first, these didn’t look any better than they scanned. I thought perhaps the hologram had faded for some reason, or maybe that Pinnacle was just terrible at them. When I went to add them to my collection in TCDB, though, I noticed that they were packed with an info card instructing you how to view a “Live Hologram” – hold the card at arm’s length and find the right angle for the light, then slowly turn it. That gave me a much better idea of what was happening in the highlights. The Sheffield here has been the easiest to scan and grab some detail, but it’s more impressive in hand of course. It has his signature bat wiggle and one of those swooping, whiplike, violent swings of his. It’s pretty cool. Oh, and speaking of fun food issue cards, Greg found one of my Purina needs as well! 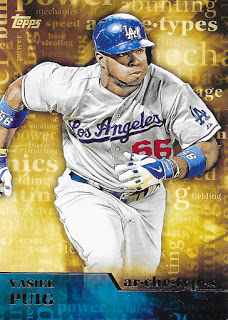 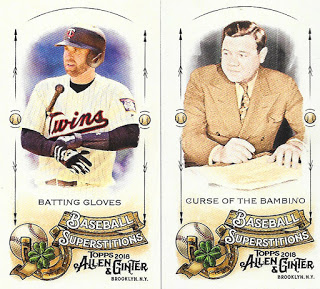 Before we get into the Astros he sent my way, he found a couple modern inserts I’m working on as well. I dug the 2015 Archetypes insert from Topps, and have been slowly picking them up. The two baseball history inserts – Superstitions and Equipment – from 2018 Ginter are also among my builds. Topps used those to wring out another pair of Babe Ruth cards last year – he’s pictured on the old baseball sweater card as well as this mini. 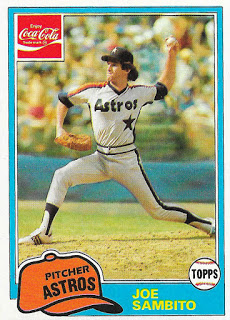 Now, to the Astros – and first and foremost, food issue Astros! These two pickups for the ’81 Coca-Cola team set were most welcome. 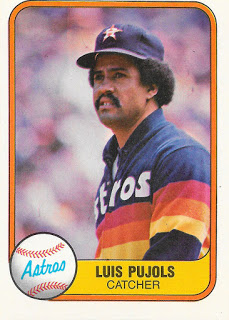 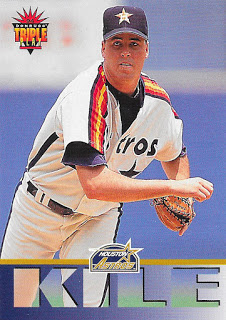 I imagine Greg picked up several dupes in his recent quest to build the ’80s Fleer sets, so that’s probably where the Pujols came from. I had the complete set from a friend, but decided to try and get some signed – I think they look marvelous that way, and I needed another Pujols to replace the one that I got inked. The Darryl Kile is evidence of an early derp card, and – thanks to another recent trade which I still need to post about – Greg killed my team set! Huzzah! 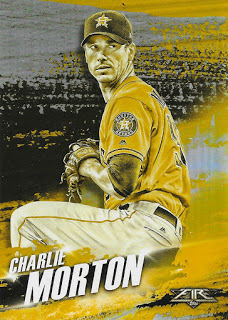 There were some newer Astros as well, including these lovely “Gold Minted” parallels from 2018 Fire. Yummy. Both of these guys have moved on from the team now. 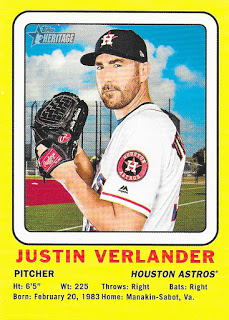 What’s more, there were a couple Hall of Famers! Well, one recent selection and one presumptive selection. I think Verlander qualifies (also, you’re not fooling me with these “Collector Cards” Topps, I know they’re Transograms), especially having picked up the World Series, his 2500th strikeout, and 200th win. With another pair of quality seasons, he should be a consensus no-brainer. 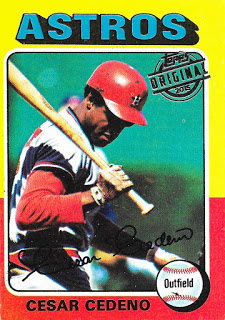 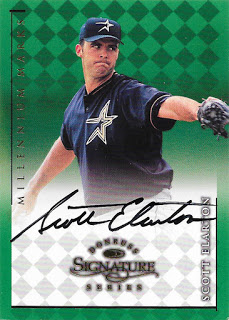 The most magnificent cards in the package were these last two. I mean, the guy who loves the 1975 set so much that he is building what I believe is a third run of it (set, minis, and now buybacks), sent me one of his spare buybacks! THIS IS SO COOL!
The Elarton is phenomenal not only because it’s a late-90’s pack-pulled autograph, but also because Scott was one of the guys that 14 year-old me used to chat with down at the bullpen in the ‘Dome. He was very kind to me, and I’ve probably got a dozen cards that he signed for me at the time, but he would also just talk with me, which was really neat. This puppy was totally unexpected and brought a gigantic smile to my face.
Yesterday was printing day, and now I have some time to sit down and trim my customs, which I finally finished early this week. Tomorrow, though, is card show day! There are two big shows in Houston each year, thanks to Tri-Star Productions (they of the “Great Card Chase” repacks and that Obak set) – one in February and one in July/August. I’m typically a Saturday show guy (Commishbob is there today and it pains me that I won’t be able to hang with him for a bit), but they put all the baseball autograph appearances on Sunday, and I really wanted to get Tony Kemp while I could. So, I’ve secured myself several hours of “me time” tomorrow to go find some more cool stuff. Here’s my tentative plan of action:
Other than that, the plan is the same as usual: come home with new Bagwells, other Astros, and hopefully a couple signatures of Astros who have passed or aren’t good TTM. And, of course, to just find some cool random stuff, whether that’s vintage or crazy 90s cards. Don’t worry, there will be a full report to come.

0 Replies to “A Deadline Deal”