It’s kind of amazing that this blog has been around for five years (as of last month), and within the past couple months I’ve made my first trades with two of the mainstays of this realm. Back in November I shipped off a pile that I’d been putting together for him, and he hit me back with a powerful little package in mid-December. Sure, it was only nine cards, but what a selection of cards! Without further ado, let’s take a look at what he sent.

First, we’ll start with the low men on the totem pole. That Taubensee may not look like much, but it conquered my 1992 Select needs. The Billy Wagner, though! I sure am glad that I finally now own one of the forty-five thousand copies of this card.

I told you this was a power-packed punch of cards. I suppose I shouldn’t be too surprised that some spare Kellogg’s found their way to me, in light of Mark’s recent-ish purchase of several full sets. These are superb! 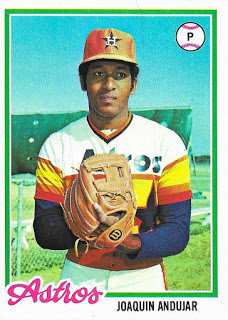 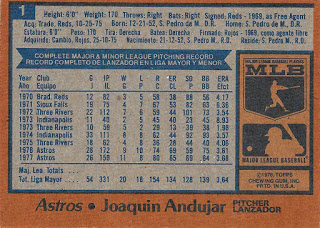 This ain’t no ordinary 1978 Topps Joaquin Andujar, either! This is a Topps Zest. Check out that dual language back! 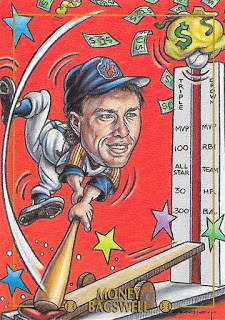 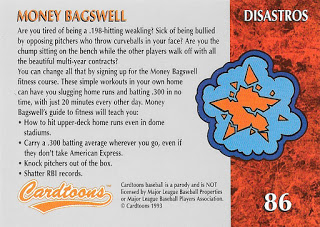 New Bagwell – er Bagswell card! This is the second of two Disastros cards in the 1993 Cardtoons set (the other is Doug Drawback). It’s a set-killer and a hilarious addition to the Bagwell binders. 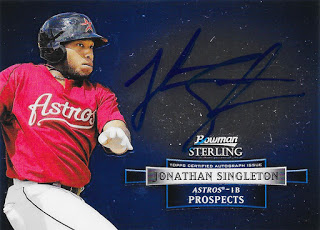 The last three cards that Fuji sent were all prospect autographs, and were all complete surprises when I opened the envelope. A sweet Jon Homerton autograph, and a Big Joe Musgrove were two excellent finds.
But it was this last prospect auto that really made my jaw drop. 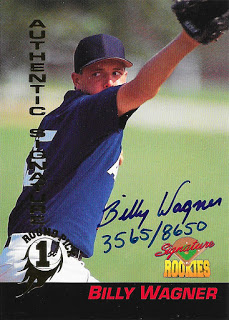 Whaaaaaaaat? A hand-numbered Billy Wagner rookie autograph? I don’t care that it has some absurdly high number – this is awesome! Billy has always had a great signature, by the way, and I don’t know how it still looks that good after thirty-five hundred of them, either. But an amazing rookie auto of one of my absolute favorite Astros? Holy heck Fuji, that’s some killer mojo. I was not expecting something of this magnitude. Thank you so much!