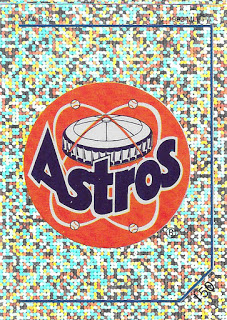 This place is going to be trade post central for a while, now that the Starchives set is finished and has been printed. I’ve still got just over a dozen to post that came in last year, and I’ve already been quite active as a trader this year. The trusty trades spreadsheet says that I’ve already sent out over 2000 cards in 2019, and it’s only mid-February. All of a sudden that 10,000 card stretch goal for the year isn’t looking out of reach. There are a couple Twitter sales, the recent card show, and a fall trip to a not-so-local card shop to break up the monotony, but it’ll be mostly trade posts until I can get done.
I’ve raved about it here plenty, but the Transaction feature at Trading Card Database certainly makes swapping a bit easier. Sure, blind trades offer a bit more fun and surprise, but when you can send a guy 200 assorted base cards and pick up 120 Panini stickers in one swoop? Well that’s fun.
Of course, all 120 stickers were not for me – you’ve probably already seen that I doled out most of them in trades. I did, however, pick up a full Astros team set (and several other full team sets) from the 1992 Panini Stickers issue, thanks to this swap with Mark G., who is HookedSince68 at TCDB. I still have a few strays hanging out around here to send. Who was it that started up a John Olerud collection? I have a few to send you, including this Panini sticker. 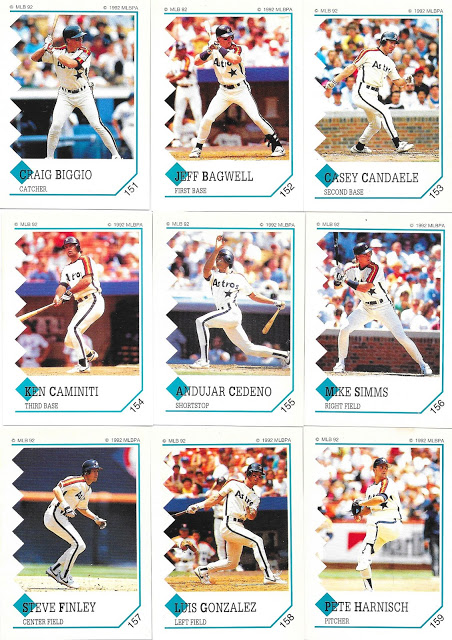 Each team in the 1992 Panini set gets a shiny prismatic logo sticker – which is (a) totally awesome and (b) reminds me of the 1995 Pacific Prism cards – along with 9 players, so this is the full team set. Some teams also have an All-Star or two – I didn’t check, but I think it corresponds to the starters for each league. Houston did not get an All-Star in the set, so this here is your full Astros run: Biggio, Bagwell, my man Casey Candaele, Cami, Andujar Cedeño, Mike Simms, Steve Finley, Gonzo, and Pete Harnisch. If I had to pick a favorite on looks, I think it’s honestly the Harnisch. 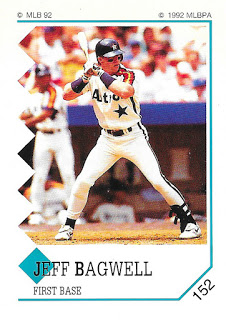 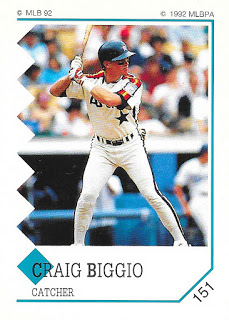 Here are individual scans of the two big names. This is a really fun design! Sure, the positioning of that blue diamond could be improved, but as far as stickers go these are neat. Oh, and they’re on a nice heavier weight backing, unlike the flimsy stickers Topps issues now. 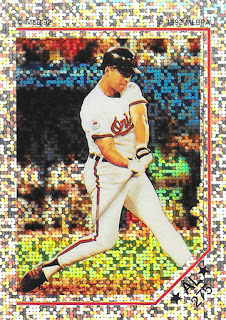 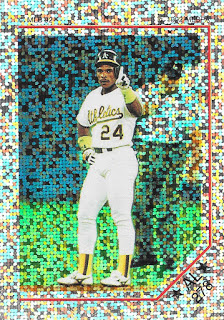 Thanks for the swap, Mark! You made me and several other collectors happy in the process.

0 Replies to “Stuck On You”