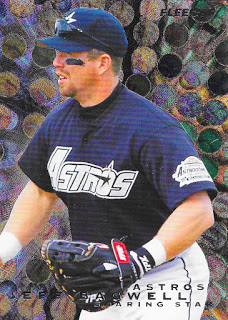 New Bagwell Alert! Just look at this oh-so-nineties card here. This is a Soaring Stars insert from 1996 Fleer – although I’m not sure how that bubbly background depicts soaring, but who cares?

This one’s another TCDB trade from back in November, and these cards came to me from LaLoosh, who’s real name is Dave. I was able to help him out with a stack of 2018 Chrome and Chrome Update, and in return he sent several new Astros for the collection. This was one of two new cards of Jeff, you’ll have to make it to the end to see the other.

So what else did Dave send? 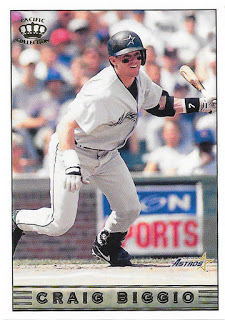 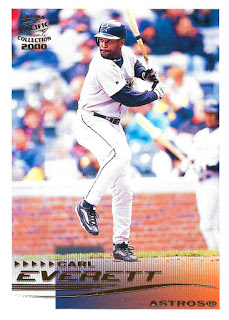 Some positively perfect Pacific cards – specifically some Crown Collection cards from 1999 and 2000. 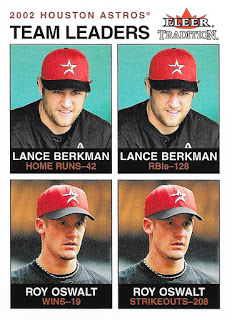 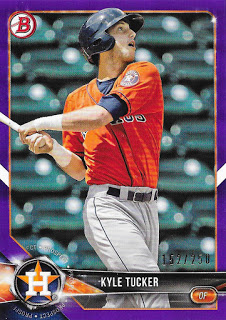 A couple of superb numbered parallels. The 2003 Tradition team leaders card is a glossy parallel, #26/100. That Kyle Tucker purple bordered rookie from 2018 Bowman is #152/250 and was a very nice pickup indeed. We’ll see how “Ted” does and whether he’s able to make the major league adjustment this year.

Minis galore! I was able to land five new 2018 Ginter minis. The McCannonball is an A&G back. 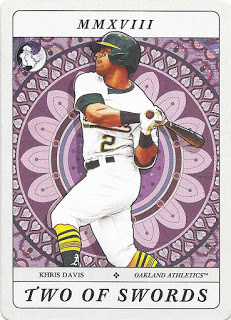 And some non-Astros. I thought these were kind of silly when I first heard about them, but after ripping some Gypsy Queen last year and pulling a couple of these, I came to really enjoy them and decided to build the whole insert set. 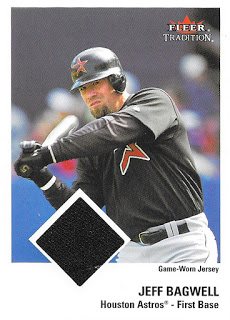 Oh, and that last Bagwell that I picked up? Well, it was something special as well.

Woo-hoo! It’s a lovely relic card from 2003 Tradition, and it utilizes the position diamond as the swatch location. I can get behind that for sure. This guy’s not numbered, but supposedly the print run on these was just 100. It’s always a good day when I can add a new Bagwell relic to the collection.

Thanks for the trade, Dave! I’ll check those want lists again soon.