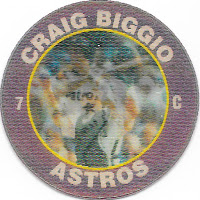 My writing spree is starting to pay off, as this post closes the book (scan folders?) on November. That means for at least another week I will be no less than three months behind on these trade posts. Perhaps I’ll get crazy and knock out the five December trades in that span as well, but we’ll just see. I still need to post about the recent card show and all my loot, so that will probably be next.

But, back to the trade at hand. This one came in from another Matt over at TCDB, MattnMiller. I found a heaping pile of 90 cards to help him out with some set builds, and picked up a delightful assortment of cards, including some oddballs like this 1991 7-11 coin of Craig Biggio. 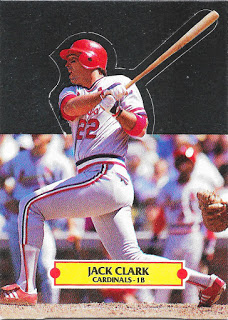 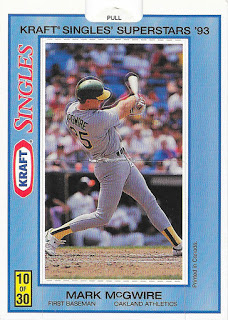 Like I’ve said recently, I’m a sucker for these pop-up cards, so these were easy additions to my incoming loot. The Clark is still intact, but the McGwire has been pulled before, as you can tell by the heavy crease in the middle of the photo. 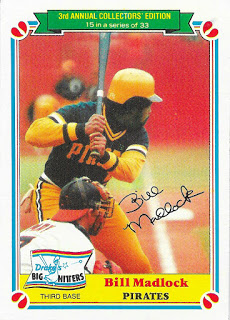 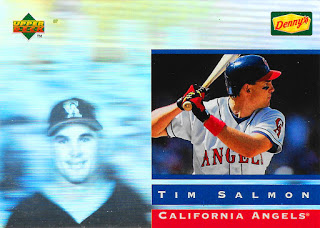 The other pair of non-Astros in the package were these two food issue cards: a Tim Salmon from the 1995 Denny’s holograms set and a bodacious Bill Madlock from the 1983 Drake’s Big Hitters set. 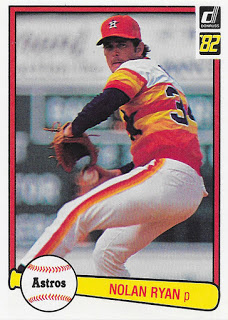 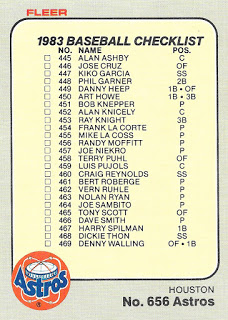 These two early 80’s cards helped me come close to closing out a pair of team sets. The ’82 Donruss Nolan leaves me needing just a copy of the Phil Garner reversed negative, and the ’83 Fleer checklist left me wanting #463 Nolan Ryan, which I’ve since picked up. 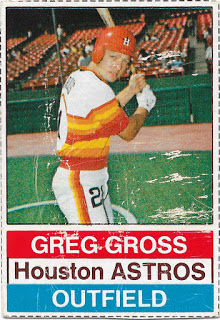 There were Astros oddballs of all sizes! Here’s a well-worn ’76 Hostess Greg Gross that I’ll upgrade someday, but for now he’s resting happily in the vintage Astros binder. The “Steve Carell” card here is from the 1987 Donruss All-Stars supersized set. I had totally overlooked that they put his full first name on the front until I was doing some reorganizing last night. 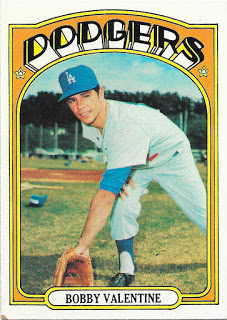 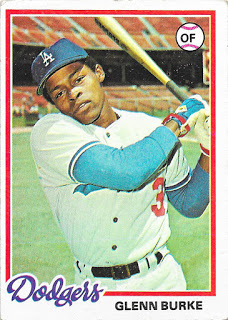 What’s this? Dodger cards? Yessiree, thanks to sending out a sizable stack of cards, I was able to rope in a few vintage gems. The Bobby Valentine went towards my very long ’72 set build, and the Burke was just too cool to pass up. I mean, the dude invented the high five. 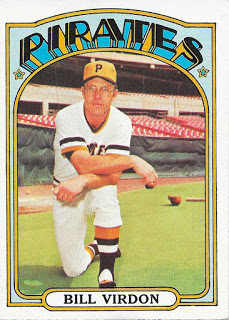 The final piece of the trade was another pair of downright beautiful cards from the 1972 Topps set. Both were easy choices, with Virdon being in the middle of my collecting Venn Diagram: vintage Pirate / set build card / prominent Astro, and No-Neck being, well awesome, and getting his start with Houston as a Colt .45. Side note: this might be the most neck that Williams has ever shown on a card.
Thanks for the cards, Matt! I know we’ll do it again before too long.

0 Replies to “Trader’s Backlog: A Little of Everything from Matt”