by MarcPosted onMarch 24, 2019July 8, 2019
I’ve got one more super-quick trade post today. These came from Adam over at Cardboard Clubhouse – I’d laid claim to a card on his blog a while back, and sent a pile to him recently. I turned around last week, and a PWE had hit my doorstep! 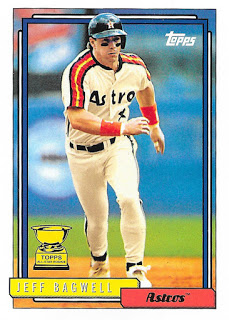 There were several Astros packed inside. While most of them were dupes at this point, they will be put to good use filling up team bags which I will be giving out to kids at the ballpark this year. I’ve got to clear out a monster-box worth of dupes somehow, after all, and that seems like the best way to go about it. Sure, there’s a row worth of junk wax to sprinkle throughout them, but cards like this Altuve are sure to make kiddos happy, right? The Bagwell here, however, is not his 1992 Topps card, which I’ve had for ages – it’s from last year’s All-Rookie Cup inserts, and the one which spurred this whole swap. 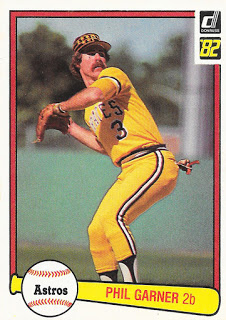 It was THIS Phil Garner, the delightful error version featuring a reversed negative! Not only did I need this, but also it was the final 1982 Donruss on my want list. Adam, you killed a team set! Thanks so much for the cards!

0 Replies to “Cards From The Clubhouse”