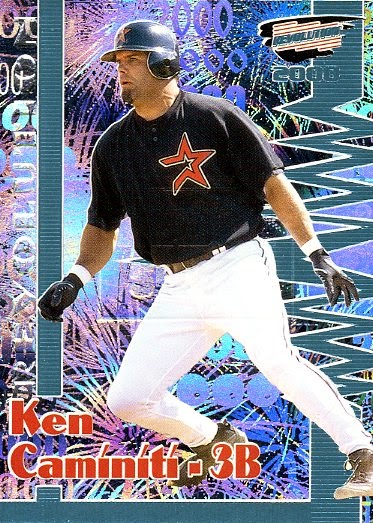 I have so much to post about, but so many other things to do. I spent a good chunk of my downtime this weekend trying to put a dent in the backlog of posts from all your wonderful card blogs. It’s been my goal to knock out at least two days of posts for every day that goes by, and I’ve done pretty well. So if you see any comments on your older posts, there’s your answer as to why it’s so delayed.

The cardboard gods have blessed me with a boatload of new treasures, from a few trades (including the bombs Wes and Pat sent my way) to a couple stops at the card shop, the oh-so-rare local card show, and a visit to my favorite shop away from home, Cards-R-Fun in Nashville. 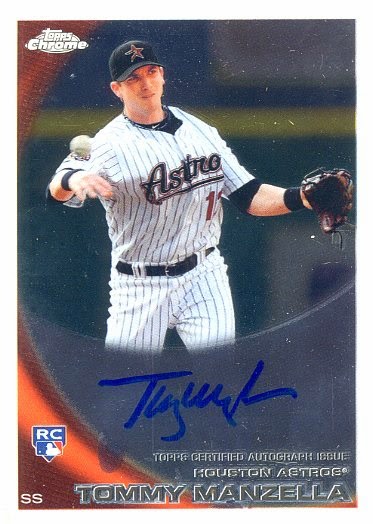 Phew! That’s a doozy just to think about. Let’s start with a recent trade, featuring five stupendous cards from Matt of Bob Walk The Plank.

I’ve seen trade posts from many of you featuring cards going back and forth with Matt, so I know that I won’t have to say much to attest to the quality of his trades. You ought to be plenty familiar with the sort of goodness that he supplies, and if you aren’t trading with him yet, you’re crazy to wait.

Matt had been bombing my comments section, letting me know that he had some Astros ready for me, and here I’d been, just swamped in daily duties and looking for a moment to actually propose something. Eventually I just said something to the effect of “I’ll send something, you send something, and we’ll keep it going.” That might be one of the best decisions I’ve made since starting this blog.

For starters, we have that 2000 Pacific Revolution Ken Caminiti up there. That’s not any card of my favorite third baseman to don the shooting star, but a parallel numbered 45/99. It’s a little faint in the scan, but you can faintly see the embossed “Shadow Series” designation. I have a gold foil Moises Alou, so I’m guessing the blue foil was parallel-specific as well.

This Tommy Manzella Rookie Autograph from 2010 Topps Chrome was a nice surprise as well, as it checks a name off the Astros all-time autograph roster. 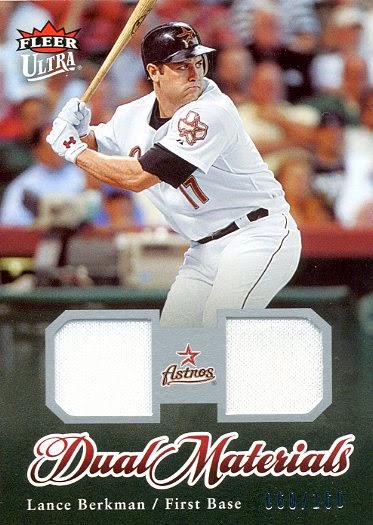 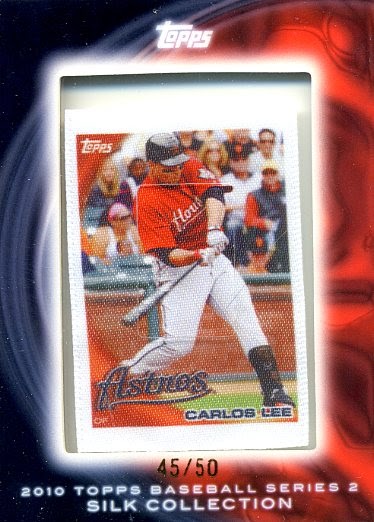 Matt snuck some fabric into the package, with this dual jersey card (I suppose it’s a top and pants) of Lance Berkman, numbered 60/160. The Carlos Lee isn’t a “relic” but I think it’s almost even cooler, practically a clothes-tag version of his 2010 Topps card layered between two cuts of Lucite and numbered 45/50. I can’t show that one to my wife, though – she hates clothing tags, and it’d probably freak her out. 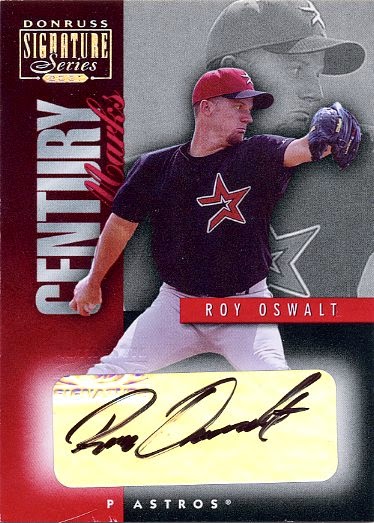 Finally, we come to the piece de resistance of this compact but excellent trade – a certified Roy Oswalt autograph from 2001 Donruss Signature Series. Roy was another name I can now check off from my list – and one of the larger ones at that. I’ll probably still try to hunt down an on-card auto – hopefully someone will book him for a signing around here before too long, or maybe the Astros will rope him in for an appearance.

Thanks again for the fabulous trade, Matt! Everyone else – make sure you hit up Bob Walk The Plank and strike up a trade.

0 Replies to “Trade Or Walk The Plank”