Some time back around a month ago I got a wonderful package in the mail from Brad and his eponymous Phillies Blog. I’d spotted some delicious potential trade bait on a couple of his posts and made an inquiry as to their availability. Fortunately for me, he had responded with a resounding yes, so I dug up a pile of vintage Phillies and relics and sent them his way.

So what was in this glorious little pack of Astros? How about the two best first basemen in club history, Jeff Bagwell and Lance Berkman. That seemed like a pretty great way to get things started. Say what you will about Ionix and HoloGrFX, but I just love those sets. Maybe it’s because it was the middle of my collecting heyday, but the crazy sets in the later half of the 90’s are right in my collecting wheelhouse. Gimme that shiny. 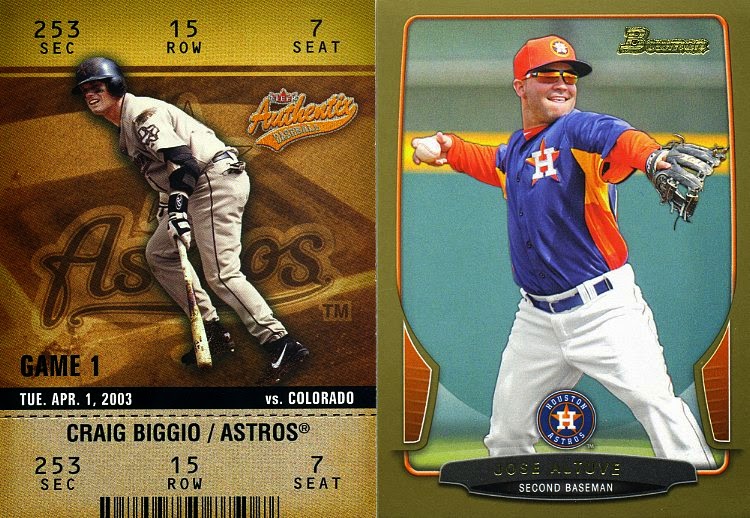 Moving around the diamond, we get two excellent second basemen on some more great cards. Altuve looks pretty fantastic with that gold border around him. 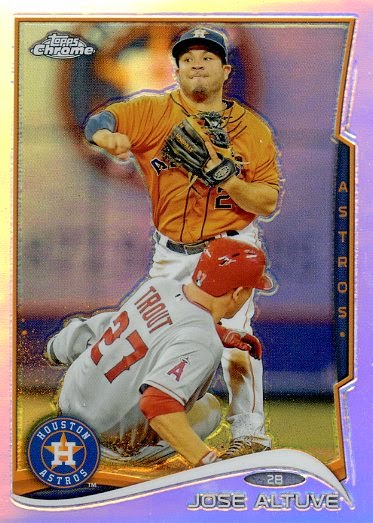 Brad had just finished up cracking open some Topps Chrome, and he was kind enough to pass along the shiny benefits. I was pretty floored to see this stuff in my envelope! First we have Altuve in both Refractor and X-Fractor form.

Brad followed that up with a Refractor and X-Fractor of my new favorite ‘Stro, George Springer. 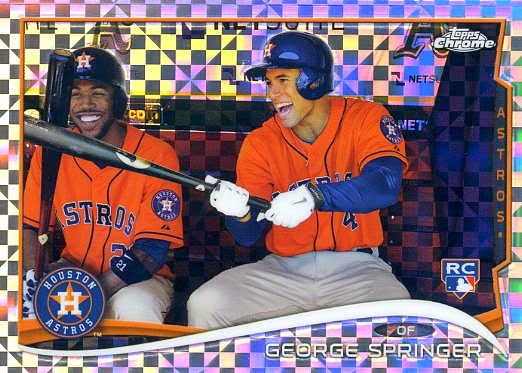 Gotta love that shot of him hamming it up in the dugout with Dexter Fowler. 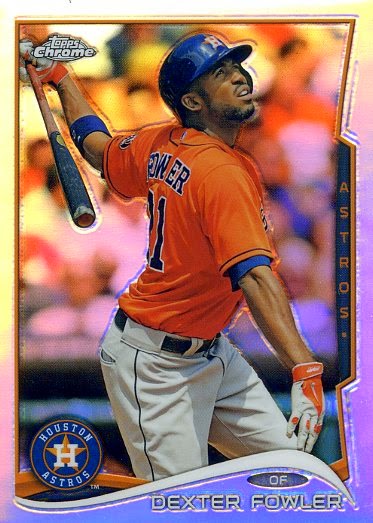 Speaking of Dexter, Brad sent along a Refractor of him as well. To round out the shiny cards, there was a nice looking Bowman Platinum of Delino DeShields. 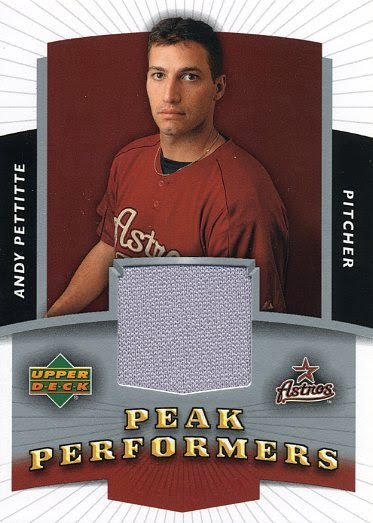 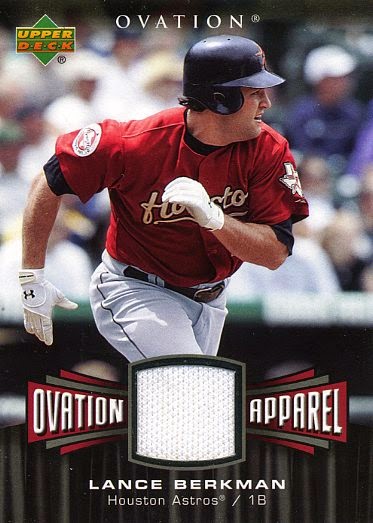 As I mentioned earlier, Brad and I started this trade dialogue based around some relics. Let’s start off with the laundry. There’s a somewhat strange shot of Andy Pettitte. I think it’s the lack of hat – and expression – that makes this one weird, but I’m happy to check it off my list. The Ovation has a really nice vignette effect, and even though the swatch is smaller I think it has some really nice pop overall on the card. 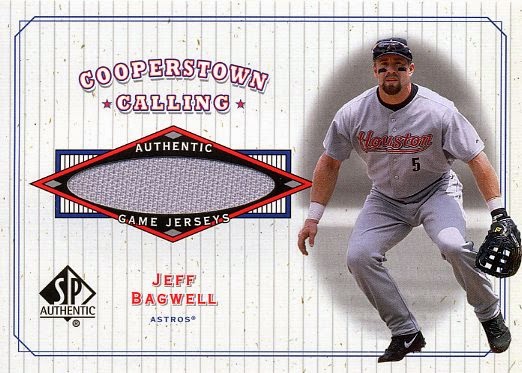 Baggy! I sure do hope that Cooperstown comes calling for him soon. 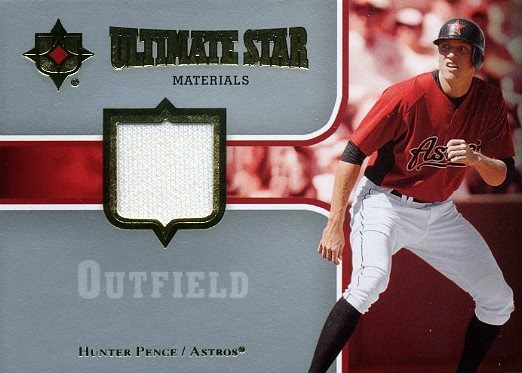 Pence is a kid I really miss. I understand that baseball is a business, but losing him really hurt around here. I actually got to meet him when the local sports radio dudes were hosting their show at a bar. I knew it was happening nearby and ran out to grab a ball, then stopped by and had him sign it after his appearance. Sometime in the future I’ll have to show that one off on the blog. I’ll always love watching Pence play, even if it means seeing other teams succeed. 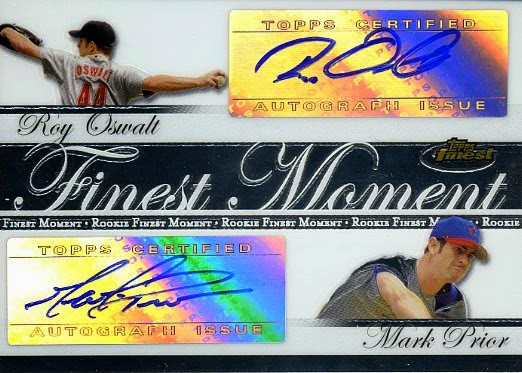 This puppy was a pretty big surprise – I’m not sure it was in Brad’s trade bait, and if it was I definitely missed it. This one makes for my second Oswalt autograph, and looks incredible in person. Thanks Brad!

The last bit of this trade was just a flimsy piece of paper, with no player on it, no picture at all even. That’s because Brad had pulled this fantastic redemption card out of Topps Chrome, and the second I saw it I knew I needed to at least ask if it was available. Thankfully he let me pry it away from him in the trade.

Voila! A George Springer autograph is coming my way!

Ok, so technically it’s already here. But I’m trying to catch up on posts, and I wanted to tease you all before showing it off on the blog.

You’ll have to check back in to see what it looks like in a future post. Thanks again for the phenomenal trade Brad! If you folks haven’t ever traded with him, be sure to check out his blog and shoot him a line.