by MarcPosted onJanuary 4, 2015July 12, 2019
One of my favorite people to trade with in our blogging community doesn’t even have his own blog. Fortunately for him, however, Dad is more than willing to run the show. I’m talking about Doug, the young card-collecting progeny of Jim from The Phillies Room.
You should all trade with Doug, because he and kids like him are the future of card collecting. Honestly, they are what card collecting should be about, no matter how much we want the card companies to design products according to our blog-centric whims. But mostly you should trade with Doug because he’s a kid, and I’m sure we can all remember the crazy thrill associated with getting new cards when we were young. Heck, that’s why we still do this, or came back to it, right?
At any rate, this thank-you post is long overdue. I’d sent a few small batches of cards to Doug, helping him out with some Topps and the 2013 Archives set. I didn’t expect anything back, I just wanted him to enjoy the cards, and it let me clear out a small amount of space for more Astros. That’s why I was overjoyed a few months ago when an envelope showed up in my mailbox and this note was inside. 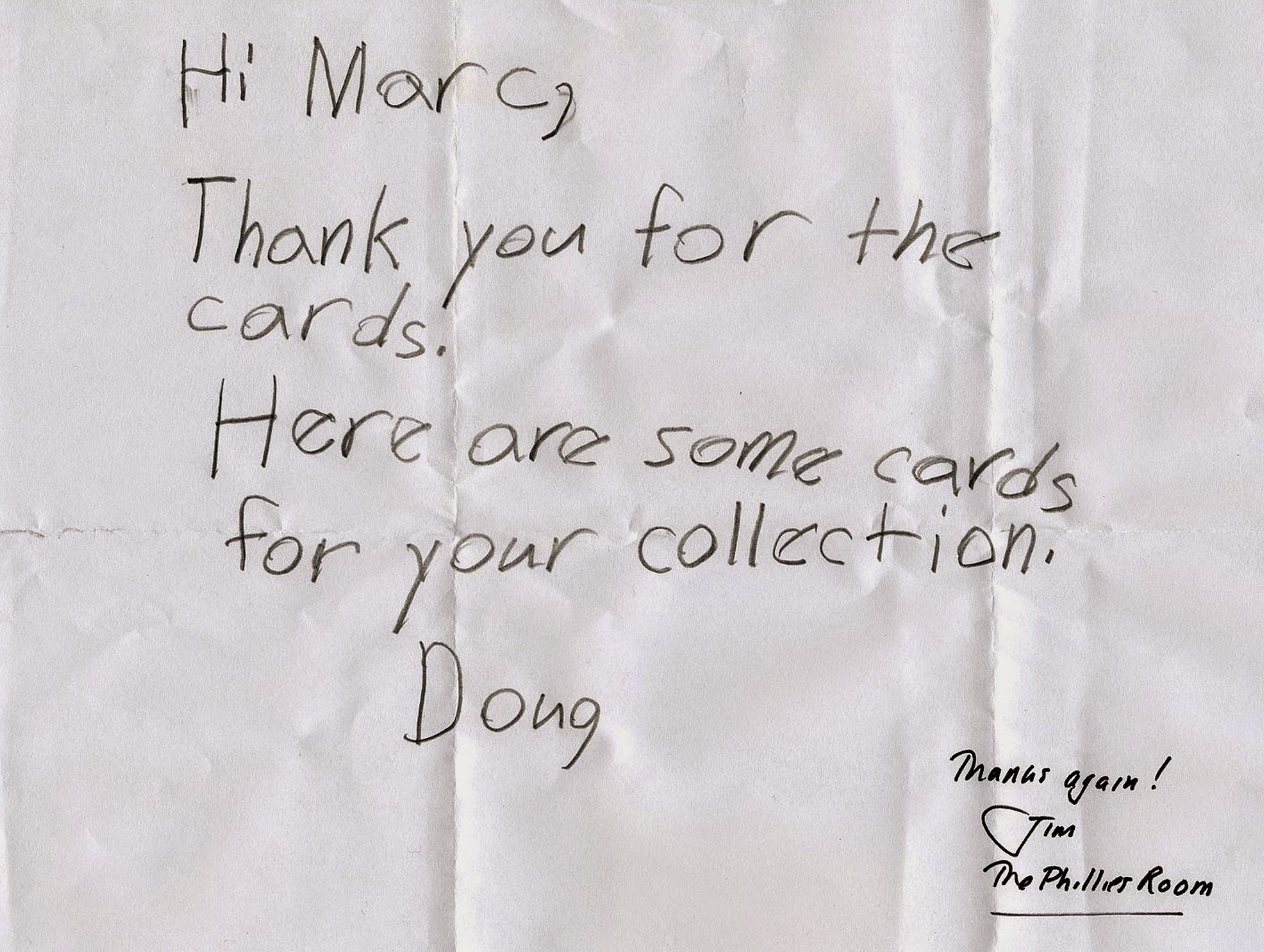 Given that it’s a brand new year, I’m going to go ahead and call this envelope one of my coolest moments of collecting in 2014. Sure, there were other, bigger hauls, cool autographs, and the like, but seeing this note just felt amazing. For any other trade, this would probably fall in as just another PWE, but I knew that this one was special. If you read Jim’s blog, you know that Doug turned eight not too long ago, so this was a seven year-old willing to send me cards, and that’s almost mind-blowing. 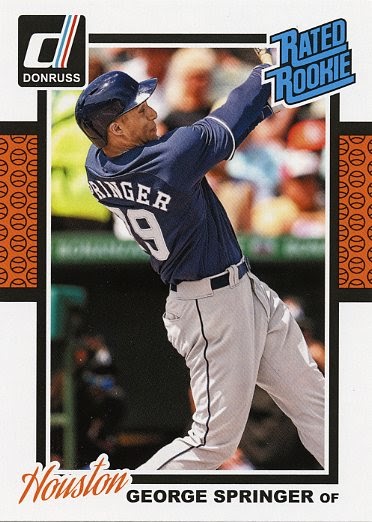 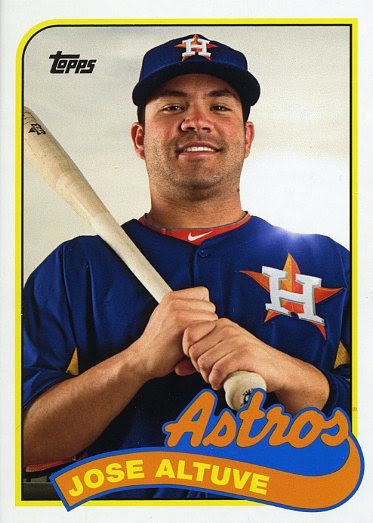 Doug sent along some fantastic cards of my two favorite current Astros, including a SP George Springer Rated Rookie from 2014 Donruss. 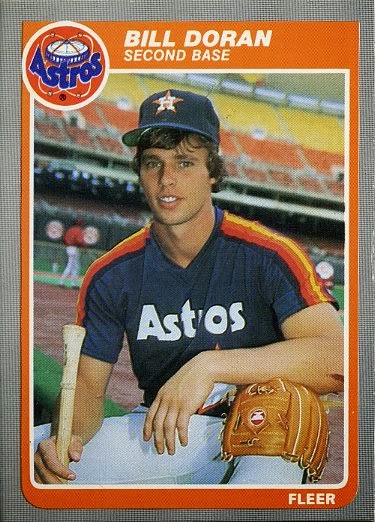 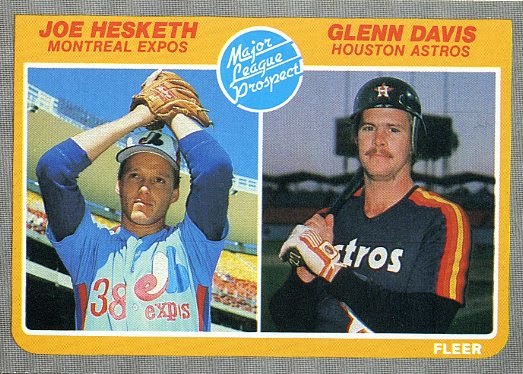 He also dropped in a couple old Fleers, featuring another deft Astros second baseman and an old prospector, Glenn Davis. 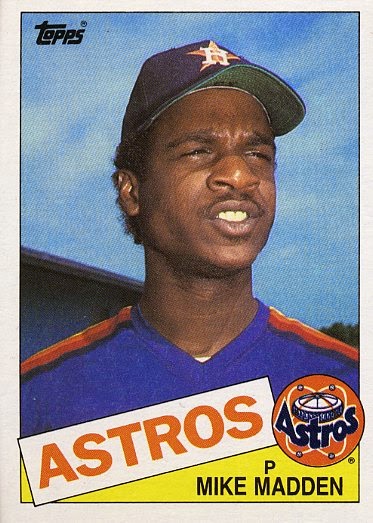 Finally, Doug finished off the pack with a some mid-80s Topps, including our resident member of the big league fish club, Kevin Bass.

Doug, thank you so much for the cards! I’m sorry it took me so long to post about them, but I want you to know that I really appreciate them.

To the rest of you – strike up a trade with Doug. I’m sure you’ve got some of his set needs laying around. You can find his lists on the left-hand side of Jim’s blog.

0 Replies to “Cards from Doug”