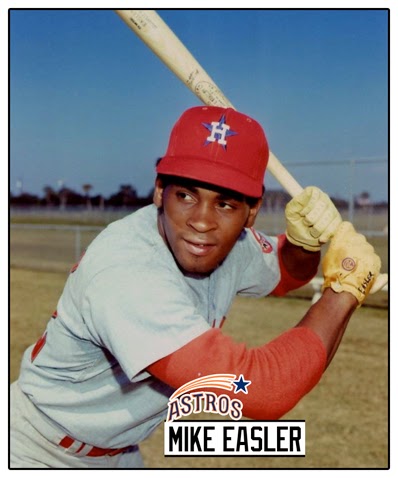 I’ve gotten back into making some custom cards. Thanks to Mark over at Battlin’ Bucs, I’ve gotten comfortable with printing them out (and I think I may even have a solution for the backs eventually), which has given me a bit of a renewed vigor.

The main point of making my own customs has always been to provide my self with some cards to get signed for my Houston team autograph collection. Today’s entry is a Mike Easler card, which I based off the 1951 Bowman football design and increased to normal card size. I suppose given that I’ve taken my printing tutorials from a Pirates fan, it’s fitting that I feature a player most known for his Pittsburgh days.

I love the old-school batting gloves that he has on, they don’t even look like they are supposed to be used for baseball.

Let me know what you think! I’d be happy to provide a photoshop template, too.