by MarcPosted onJune 22, 2015July 14, 2019
I had to make a stop at Target this week (Father’s Day card, dog treats, some other sundry items), so of course I stopped by the card section to see if I wanted to grab anything. Well, I just so happened to get lucky and spot a fresh tray of discounted blasters hanging out on the bottom shelf – and there were actually baseball cards down there!
I snagged four cheapo blasters, including some 2013 Panini Cooperstown, 2014 Topps Archives, and this 2014 Allen & Ginter box, the spoils of which are displayed below. I’ll show off the others in some upcoming posts. 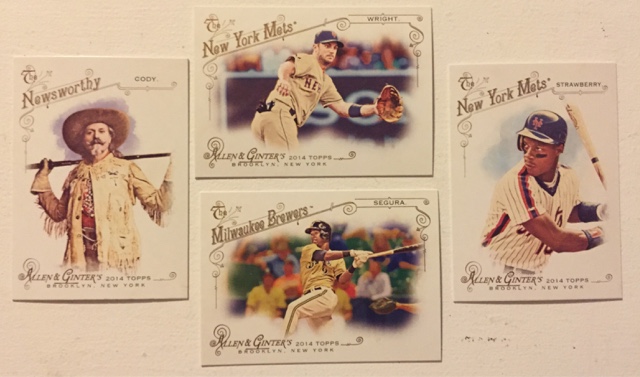 At some point last year I decided I liked 2014 Ginter enough to try and put it together. Well, I got about 150 cards in, and then tailed off. Because of that, I was particularly excited about this box, hoping that it would advance my set a fair bit. Unfortunately, I only netted around a dozen new cards, including a gunslinger, a frightened David Wright, a sweet-swinging Jean Segura, and a piece of fruit, er a Mets slugger with some substance abuse issues that took away chunks of what could have been an extremely productive career. 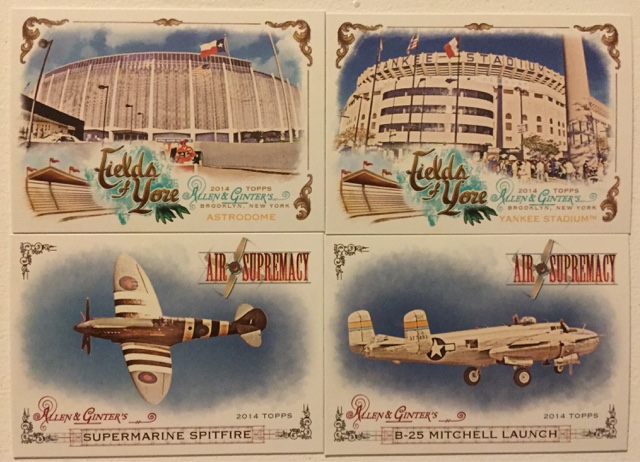 Oh, and were there inserts! I finally found that Astrodome card from the Fields of Yore set. I’m not sure if I want to put the insert set together, but I’m not attached to that Yankee Stadium card if anyone wants it. The Spitfire and B-52 brought me a little closer to the Air Supremacy set, though, one which I am putting together. 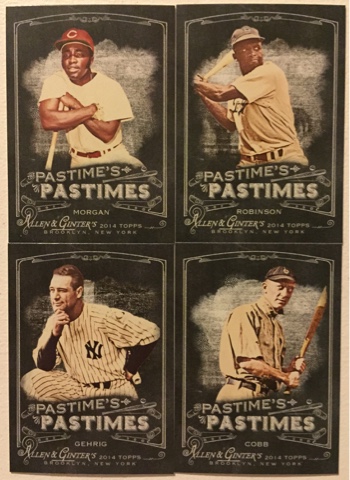 I’m also crazy enough to like these Pastime’s Pastimes cards a bunch – so much so that I do want to complete all 100 cards of it someday. These four Hall of Famers brought my total up to 24 cards. I’ll get a want list up sometime, I suppose. 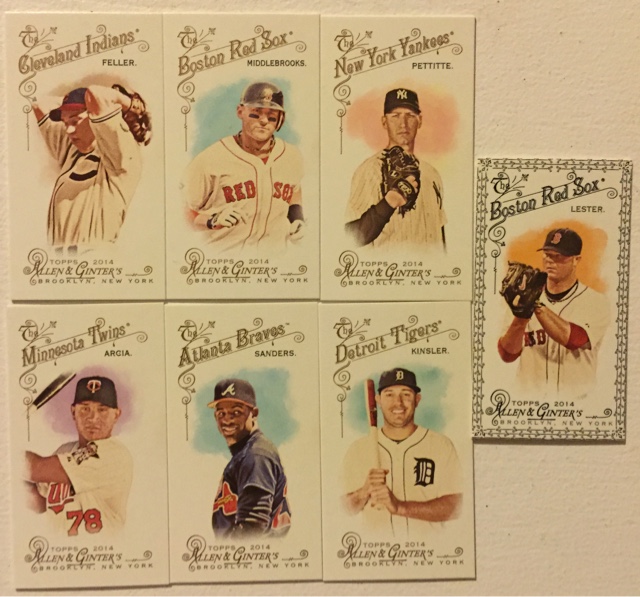 Can’t forget the minis, either! The top row are A&G backs, the bottom are regular minis, and the Lester is a black border. I’ll hang onto the feller and Neon Deion, but the rest are available if anyone needs them. 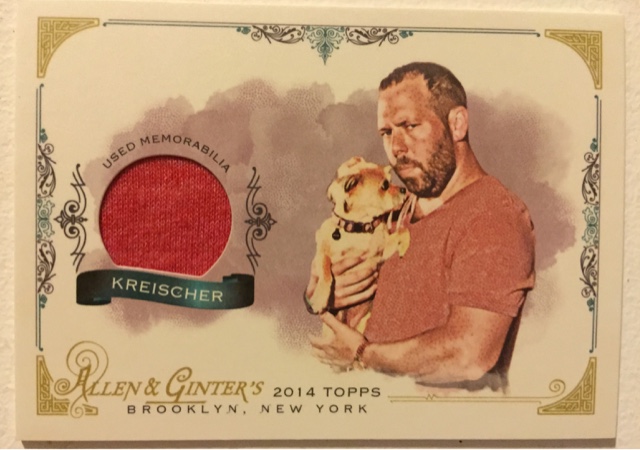 I got a hit, too! Some “comedian / actor” dude I’ve never heard of and don’t care about. I’d have been much happier with a Judah Friedlander swatch. This puppy is up for grabs as well.
So, not the greatest results, but not a total bust.
– Bru

0 Replies to “A Discounter 2014 Ginter Blaster”