by MarcPosted onSeptember 4, 2015July 15, 2019
This might be the most overdue post in my queue at the moment, as it dates back to sometime in March if I’m correct. I’m so sorry JBF! I meant to post about this one ages ago.
Those of you familiar with those initials should already know that this is going to be a pretty swell post – JBF translating to he of the infamous JayBarkerFan’s Junk. There was a fat stack of cards within this package, so let’s hit some highlights. 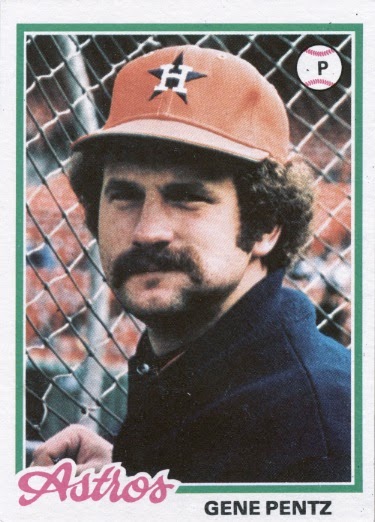 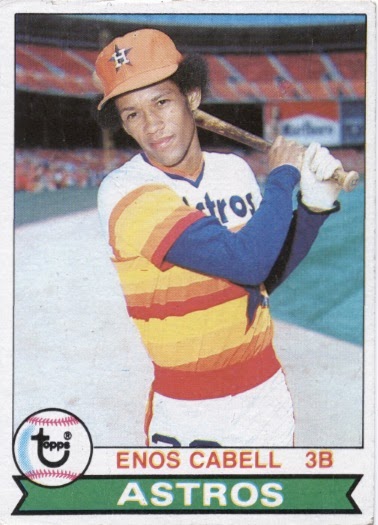 There was a little bit of Astros vintage, with ‘stache-tastic Gene Pentz and a young Enos Cabell leading the way. 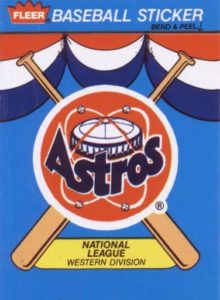 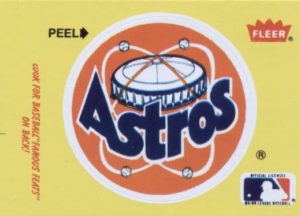 Stickers! Who doesn’t love those? 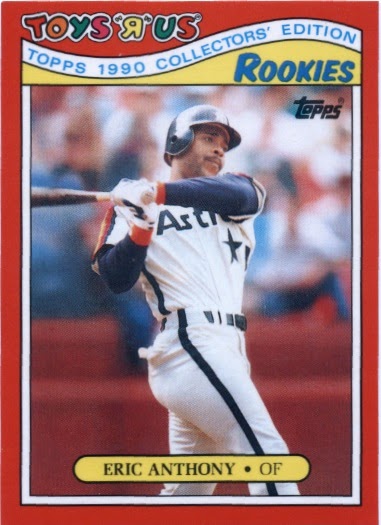 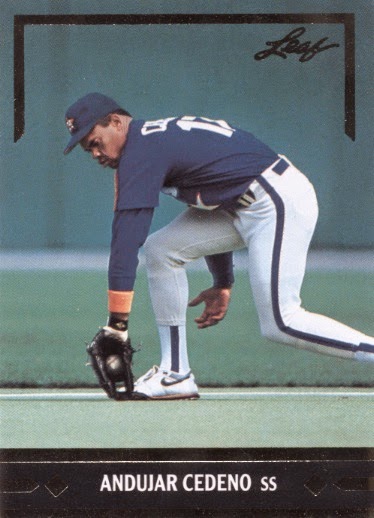 Some early 90’s rookies, including a great Toys ‘R’ Us oddball of Eric Anthony and a Gold Leaf rookie featuring Andujar Cedeno. 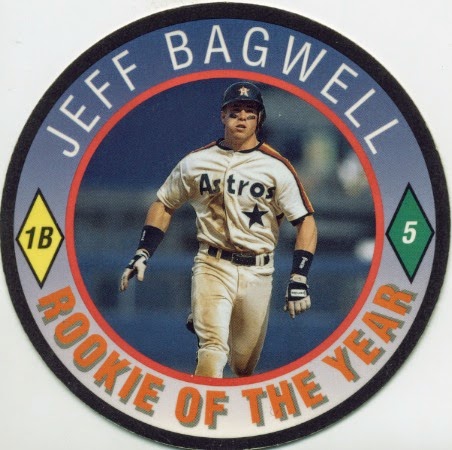 Speaking of rookies and oddballs, this gem was in the pack as well. Now if I could only get him into a binder page… 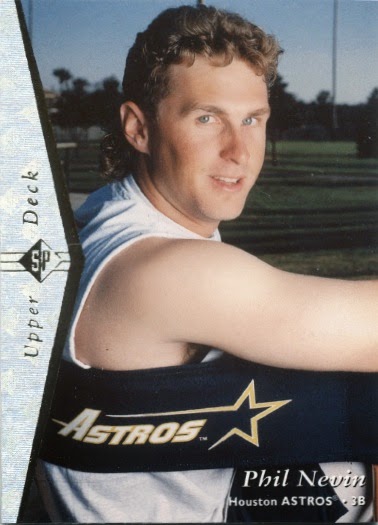 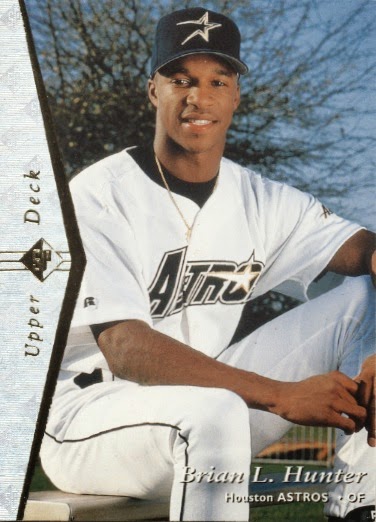 You want more rookies? How about rookie parallels? These are ’95 SP Spectrafoil parallels. I know what you’re thinking, “those are called Electric Diamonds!” Nope. Check the packaging if you see one in the wild, and they’re listed as Spectrafoil. That’s more fun to say anyway. 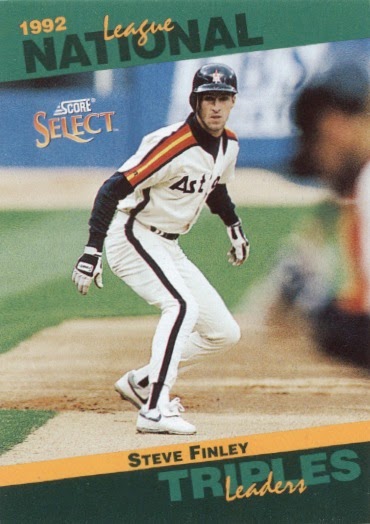 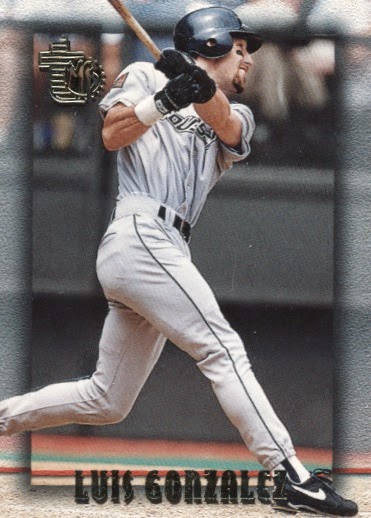 Some fan (and personal) favorites from the outfield – Steve Finley and an embossed Gonzo. 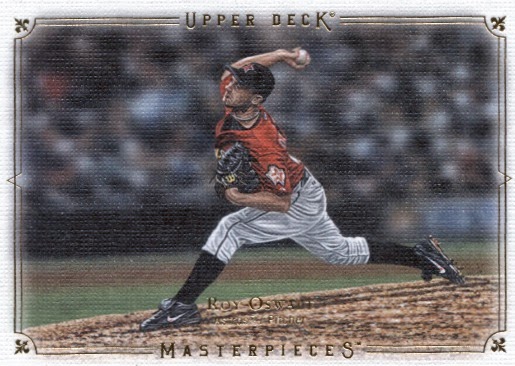 Another one of these cool 2008 (I think) UD Masterpieces, with its nice faux-canvas stock. This is a pretty great looking Oswalt. 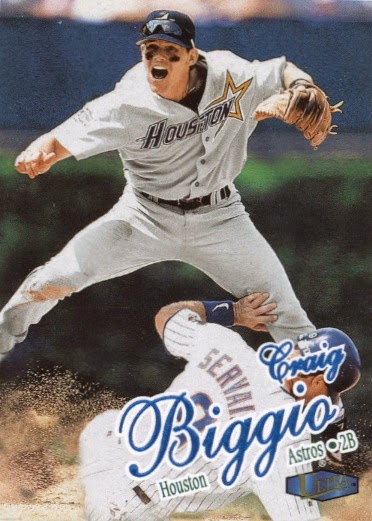 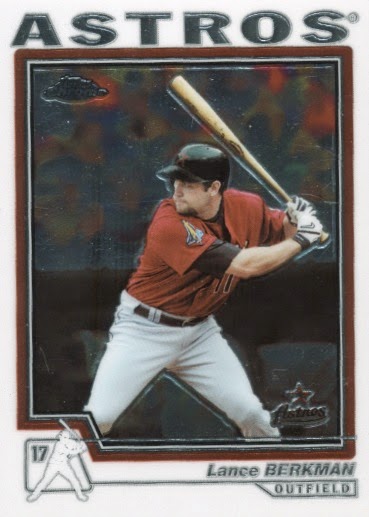 More fan favorites, including a ’98 Ultra of Biggio, which happens to be one of my favorite sets, and a shiny Berkman. 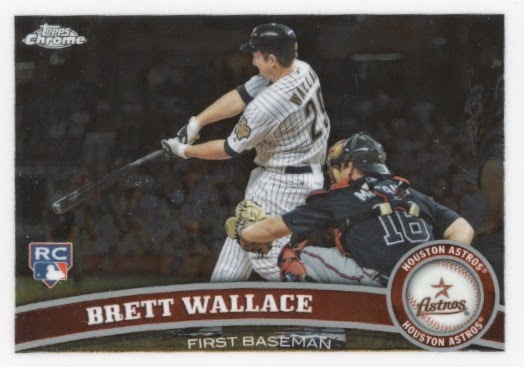 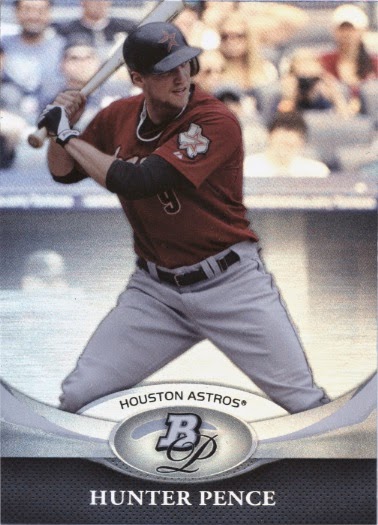 Let’s keep the shiny train a-rolling, shall we? A Hunter Pence Bowman Platinum and a swell-looking chrome Brett Wallace. I wish Brett had been able to stick at the big-league level. Unfortunately, it looks like we’ve been cursed with a string of quad-A guys recently. May the future be bright with A.J. Reed.
That’s not all that was in the package though, because JBF is a beast when it comes to trading. First, a pair of relics. 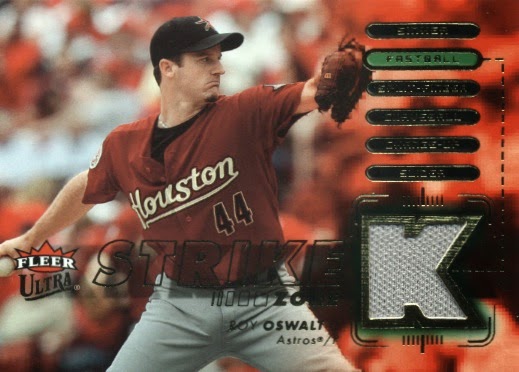 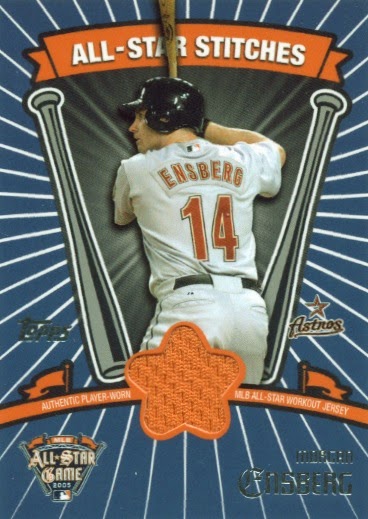 That’s not all that was in the package though, because JBF is a beast when it comes to trading. First, a pair of relics. The Ensberg All-Star swatch is pretty darn neat, and while the Oswalt is a plain gray, at least it looks pretty cool. Thanks for two more great entries into the relics binder, JBF!

It doesn’t stop there, though, as JBF managed to knock one off of my most-wanted list: 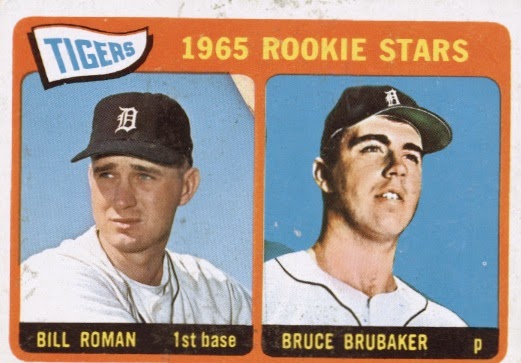 That’s right, a 1965 Topps #493, featuring then-Tigers prospect Bruce Brubaker. Why in the world is this on my list? Well, aside from Bill Brubaker of the early 1900s Pirates, Bruce is the only other Brubaker that’s cracked major league baseball and has cards to show for it. Two cards, to be precise. And in case you’ve ever wondered why I always sign my posts Bru, I’ll give you a hint – Bruce and I share the same last name. 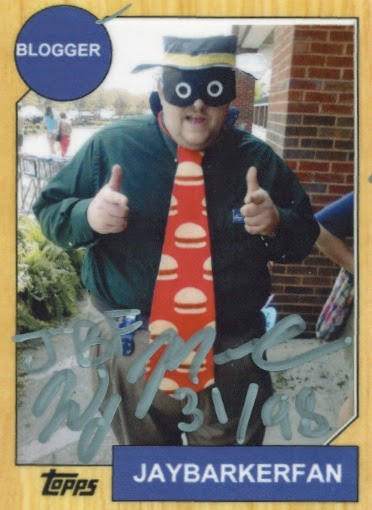 So thanks for the stellar trade, JBF! Sorry it took me so long to post, but this trade definitely deserves two thumbs up. Here, I’ll let you handle that, with the last card from the package – a fantastic custom job of JBF himself.