Back to some trade catchup! This one was from last March – we’ve made it all the way to March already, I’m gonna get this done! – from TCDB member Jayson (redlegs_baseball). Contrary to what you might think, I did not actually send any Reds, but rather some set needs. In return, Jayson sent over some big-time Astros needs. 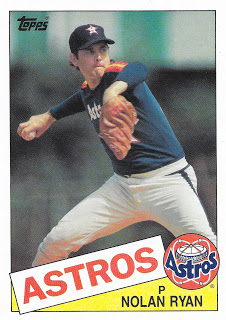 No, seriously, he sent big cards! That’s a 1980 Superstar Photos Gray Back of J.R. Richard on the left, and a 1985 Topps Super of Nolan Ryan. If only the ‘Stros would have given J.R. a bit more leeway with his recovery, we might have had an insane 100 mph strikeout duo in the rotation for the bulk of the 80s. Awesome cards! 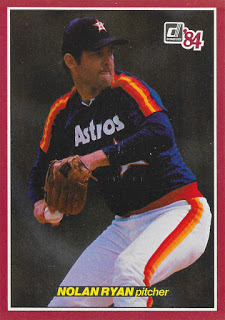 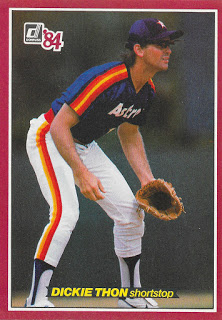 The next ones up knocked out my needs from the ’84 Donruss Action All-Stars set, oversized goodness featuring Nolan Ryan and the unfortunate Dickie Thon. To put Thon’s then-promising in perspective, imagine if Carlos Correa got hit in the face early next season and was never the same. That’s the type of travesty we’re talking about here – a consensus potential Hall of Fame shortstop in the beginning of his career cut down. 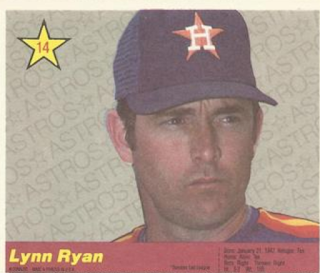 Fun tidbit (forgive the screenshot stolen from TCDB here): The card back doesn’t feature Ryan’s middle name, but has him listed as Lynn Ryan. That’s the first time I’ve seen that. 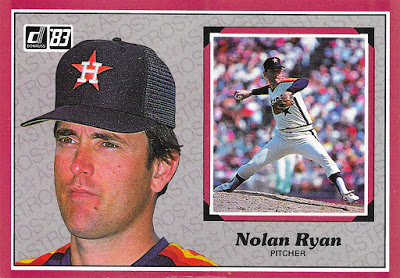 Here’s the last oversize card from the package, the 1983 Donruss Action All-Stars card of Nolan Ryan. Three big Nolan cards in one trade! This knocked another set off my list, as I already had the other Astros card, which features Joe Niekro. 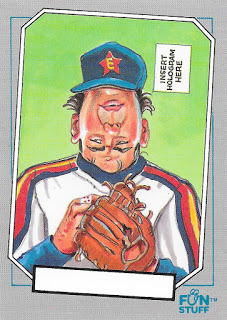 And here’s the only non-oversized card from the trade: A “Confex Baseball Enquirer” card of Ken Caminiti. The back has some goofy spoof dialogue between Cami and the supposed cardmaker about all the errors on it, and how the manufacturer is doing it on purpose.
Thanks again for the trade Jayson! We’ll have to tackle another one soon. I’ll be more punctual this time.
– Marc