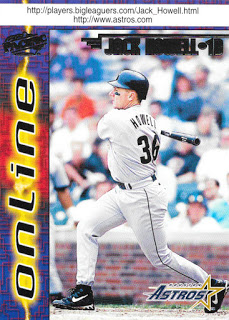 More trades from ages ago, y’all! We’re gonna be in March 2017 for the next week, judging from the scan folders I have. These delightful cards came from a relatively new blogger, Jason, of Hoarding Cardboard. Back when we cobbled together this trade, his blog didn’t have more than a dozen posts or that spiffy name.

This card swap was pretty cool, because I was just trying to unload some things and gift a new blogger some cards, much in the same manner that you all welcomed me some four/five years ago. Only a few of these cards were actually in the transaction we put together on TCDB, and Jason actually went over to COMC and nabbed a few of the cards that used to be on the Ten Most Wanted List over in the sidebar.* This slightly horrendous 1999 Pacific Online Jack Howell was one of those cards. I say slightly horrendous because were it not for those terrible URLs, this would actually be a pretty nice card. This – aside from it’s parallels, is Howell’s only Astros card outside the 1999 Nabisco Albertson’s giveaway set.

*This is going to split into two lists soon, once the blog is caught up. One will be White Whale focused, the other much less so. 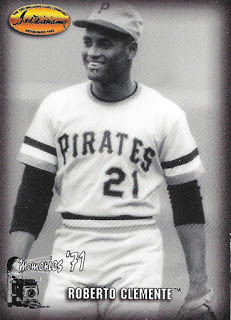 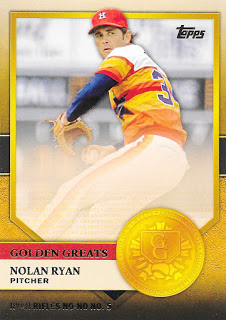 These two beauties were part of the original trade. Not a bad pair! 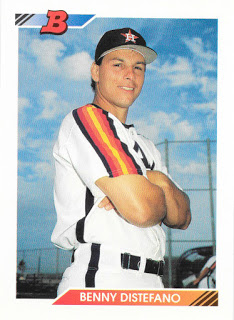 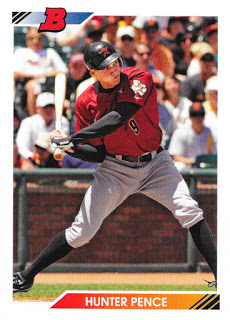 These two, however, were not. The Distefano was on the Most Wanted list – it’s his only Astros card, and I needed a spare to send to him. It has since collected some ink. The Pence was a nice throw-in from some spare ‘Stros Jason came across. Kinda neat to see the old ’92 Bowman up against the 2010 rehash. I do wish Topps would stop rebooting sets multiple times though – at least let them air out a bit. 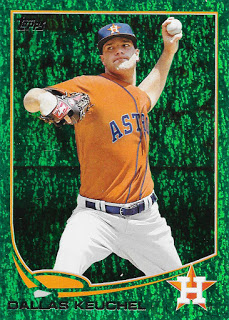 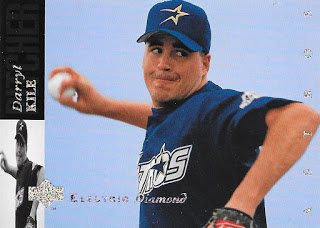 Woohoo, sparkly pitcher parallels! How weird is it for you to see Keuchel without a beard now? 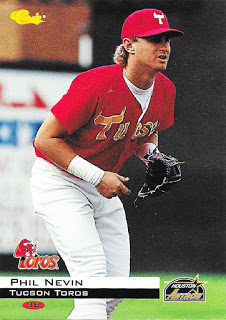 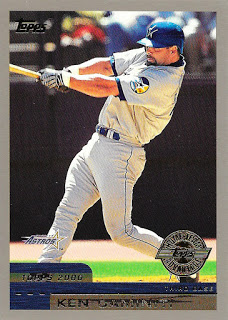 Here we have a pair of third sackers. Nevin was supposed to be the future at the hot corner for Houston after winning the Golden Spikes award and being selected 1-1 in the 1992 draft. He only played in 18 games for the club before being traded to Detroit for reliever Mike Henneman, and went on to have a pretty decent career. The Padres would wind up trading for him after losing the other guy, Ken Caminiti back to the Astros via free agency in November 1998. That’s a “Home Team Advantage” parallel, from a special factory set only released to hobby stores that were part of the HTA program. Hold on a minute though – something looks off here.
Zoom. Enhance. Enhance. Enhance.
Ok, all we did was zoom and crop. But check this out: 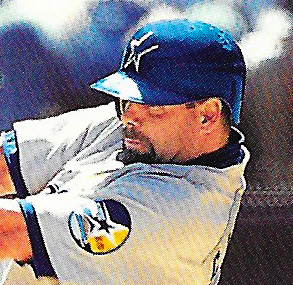 What in Charlie Brown’s good grief is going on with this batting helmet? This is either an atrocious airbrush job or some serious tomfoolery by the equipment managers. I hadn’t noticed it before scanning this card. The shooting star ought to look like the one on his shoulder patch, in case you’re wondering. 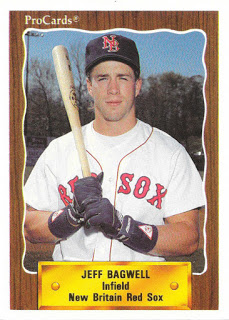 Oooooh, a Bagwell XRC from 1990 ProCards! I have one of these already, but I certainly wouldn’t turn down another – Bagwell only has about a dozen minor league cards out there.
“But why would Jason include this?” I thought. “It’s not on any of my want lists.”
Turns out I was wrong, and Jason was indeed very, very right. All the while I’d been thinking that this was the 1990 ProCards #1324, a lovely minor league card of Jeff that I’ve had a copy of in my collection for two decades and then some. Then I went over to TCDB to log it in my collection, only to discover – wait, someone put the wrong scan in for this card! It doesn’t look like this at all! No. No, what’s this? Wait, let me check it from the Bagwell page… 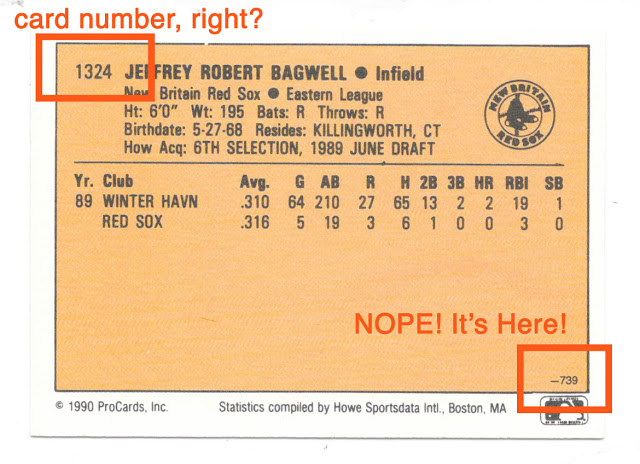 This is indeed NOT from the ProCards set, and not card number 1324 – I mean, why would anyone ever think either of those things? It’s not like it features the brand name conspicuously on the front or has a different number in the traditional spot. Nah, it’s card # 739 from the 1990 CMC set, of course! I mean, sure – why not? This is from the non-AAA portion of the CMC set, which looks almost exactly like the 1990 ProCards set, just with different photos and a slightly different card back – with oh yes, the most obvious of numbers added. Right, sure, whatever.
Turns out that I’ve thought this was the wrong card for two decades, and whenever I first logged my other copy in TCDB there was no scan, so I’d had it listed wrong. Now I need to find a copy of the one from the actual ProCards set.
Jeez, that sounds like a big downer – I’m still thrilled to get this card Jason! Just frustrated to discover my error, that’s all.
Let’s close with one more delicious piece of cardboard, and certainly another unexpected extra that was thrown into the mix.

Yeaaaaaaaaaahhhhhh, that’s a 1964 Topps Chris Zachary! Tasty, tasty vintage! Oh man, Jason you really outdid it on this one.

This post is only ten months late, so I’m sure you’ve all figured out that Jason is a great blogger and trader – and if you haven’t, well then what the hell are you waiting for?!? Send him some Buster Posey and Shawn Green cards already, or maybe start knocking out his Reds needs.

Thanks again Jason! Let’s have another swap soon.

0 Replies to “Trader’s Backlog: Jason Hoards Cardboard, And So Do I”