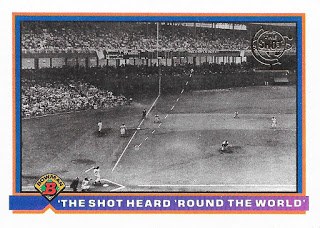 Nothing crazy today, just a few more random cards from the big lot I got last year when Trevor unloaded his collection and I was the beneficiary.
I went through the Astros cards fairly immediately when I came into this big lot, but there were a few more big boxes of primarily junk wax that aside from a quick flip, I pretty much shelved for later. I’ve been making an effort to getting the bulk of them listed for trade over at TCDB, while pulling out a handful of keepers.
Given Trevor’s kindness, I don’t want to just let all these cards go unposted, so I’m going to be tossing up some seemingly random posts from time to time to show off some of the cards. I ran into a stack of ’91 Bowman (let me know if you’re building it, I’ll be happy to help) the other night, so that’s what you’ll see today. First off is “The Shot Heard Round The World” highlight card. I mean, of course I’m keeping that one. 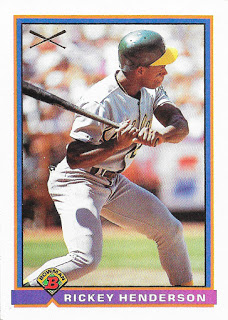 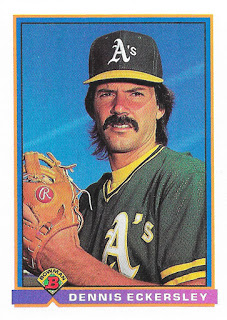 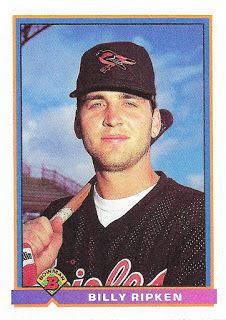 A couple birds that I enjoy. I’m not passing up a Mussina RC, and I PC ol’ Billy Ripken if only because I think it’s fun to have a page or two full of The Other Ripken after my collection of Cal. 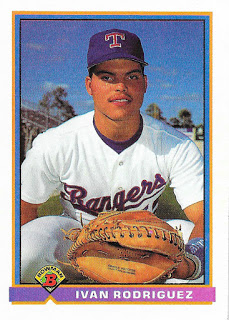 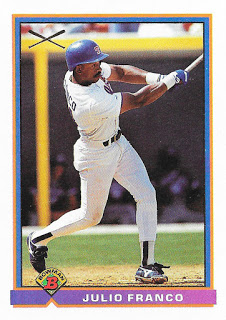 Speaking of rookie cards, here’s a very young and not so pudgy Pudge Rodriguez. There’s a dupe if you need it. I love Julio Franco and his crazy cocked batting stance and the fact that he is still playing in his 50s in Japan. There’s another pair of Silver Slugger bats. 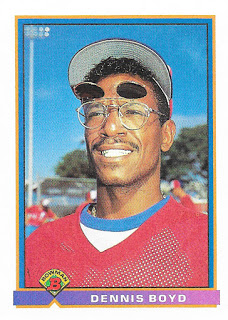 Finally, we’ve got a fabulous shot of Oil Can Boyd, with some glorious flip-up shades. This one is cardboard glory, right here. It’s not Oscar Gamble’s ‘fro, but I think this one deserves some recognition.

0 Replies to “Some Random Keepers From Trevor”