by MarcPosted onFebruary 6, 2018July 9, 2019
It’s time for the monthly TTM report. I had a pretty light month as my request rate tapered off late last year, but January saw a few solid returns. 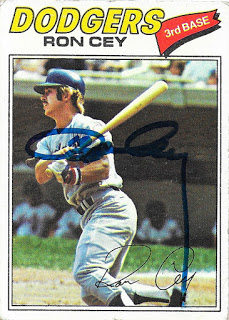 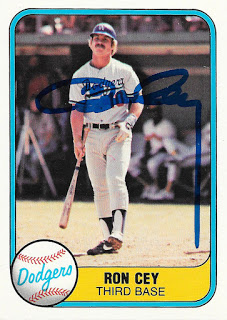 I’m sure this entry will please Night Owl and gcrl a bunch. This was my second return from the Penguin. Last time I sent over an ’83 Topps and a ’13 Hometown Heroes. This time around I went with the ’81 Fleer for my set and a ’77 Topps I picked up in dime box dig. Ron got back to me super quick as well, returning my cards in just 10 days. I stumbled across an 8×10 of Cey in the Motherlode lot, so I may give it one more go in a while. 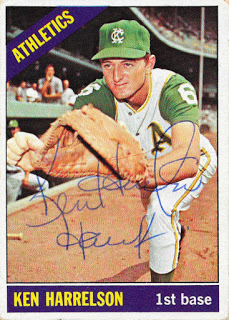 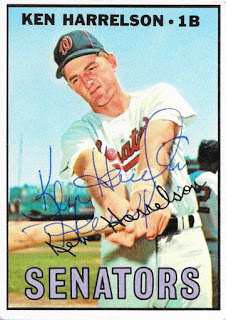 This one was the result of Ken being featured in the Pacific Legends set. Since I’d seen successes from him, I dug up this pair of vintage cards – I think one from my LCS and one was a Sportlots throw-in. Ken kept the Pacific Legends card, but he did signed an index card as well, adding his “Hawk” inscription to everything. 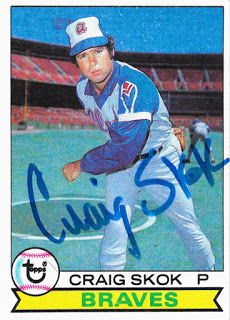 Alright everyone, call up Dick Pole and Rusty Kuntz, because ol’ Craig here deserves to be in the funny name files too. In fact, that’s pretty much the sole reason I sent this one off for some ink. I’m planning on starting a small set of funny/unfortunate names among my autograph collection – or I guess I’ve begun now. Craig pitched in 107 games across parts of four seasons, but this is his only piece of major league cardboard. His final two years in Atlanta saw him go 4-5 with a 4.18 ERA (98 ERA+) across 87 games as the lefty out of the Braves pen. Craig, Ken, and Ron’s cards all went out on the same day in early January, so these all came back in quick succession. 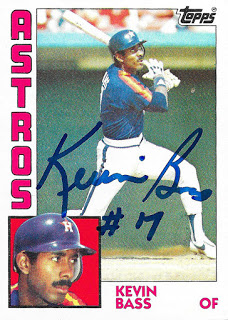 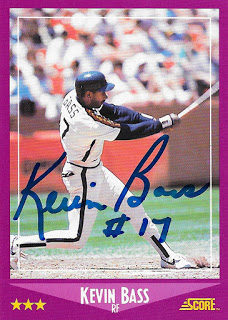 Finally, we close out January’s returns with an Astro. I’ve gotten Kevin previously – both in person during his playing days as well as a few years ago TTM. He’s got some really great cards out there, though, and a really nice signature, so I dashed off another letter. 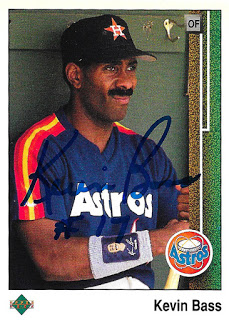 Oh, and let’s not forget Kevin’s 80-grade mustache. Poor Billy Hatcher, there’s no way he can possibly compete with that rug on Bass’ upper lip. I’m keeping an eye on Billy’s returns, because I’d love to get this one finished. I’ll probably send it off to Spring Training via the Reds, where I’ve gotten him before.

Not a bad month, considering I haven’t been too active in the letter writing department.