by MarcPosted onApril 8, 2018July 9, 2019
I was going back through the old scan folders in hopes of someday catching up on this blog, and stumbled across a small set of images back from when our pal at Johnny’s Trading Spot held an installment of ye olde Big Fun Game. I think a few people did variations of it last year. 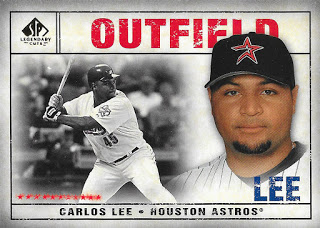 Alas, I got snaked a few times in the course of the game, and wound up with some Star Wars cards, something that I don’t particularly collect (if you’d like them, raise your hand and they’ll happily go in my next outgoing mail shipment). Fortunately, Johnny threw in a nice stack of Astros to round out the package – if I recall, there was a nice team bag full of stuff. What’s more, he sent me another bubble mailer in December which I’ll be highlighting in my next post. This Carlos Lee from 2008 SP Legendary Cuts was one such bonus card. I’d originally thought the Legendary Cuts cards were a relic insert of SP, but nope! They’re an entire different set, and this is just a wacky base card. I didn’t have any of these before. 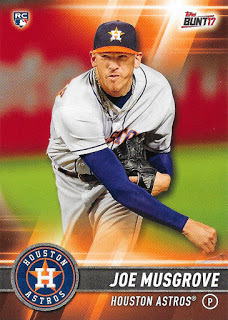 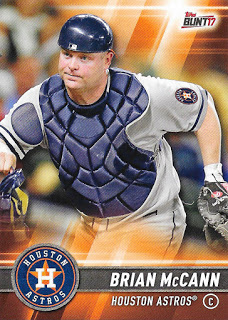 Johnny obviously cracked a bunch of 2017 Bunt, because I think I came away with just about the entire team set thanks to him. Joe’s since moved on to the Pirates, and I think this was the first card of McCann as an Astro aside from Opening Day (which uses the same photo). 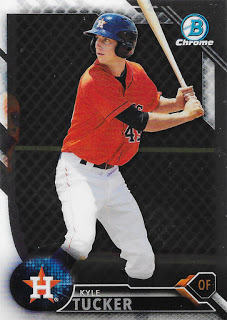 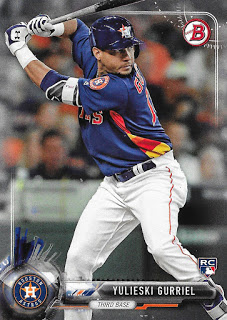 There was even a nice little stack of Bowman to round out some recent needs, including a Yuli Gurriel rookie card (he should be due back any day now) and Kyle “Ted” Tucker, who absolutely crushed the ball in spring training this year. If he has a good start in AAA this year, it’s going to be hard keeping him from seeing the major league roster soon. 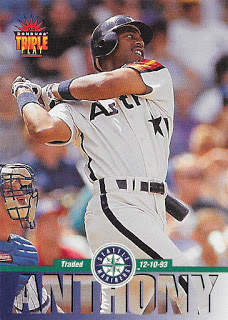 Finally, we’ll close with a Sneaky ‘Stro that Johnny found for me, – an Eric Anthony from 1994 Triple Play, just the sort of card which would have previously escaped my want lists. I love it when someone has the presence of mind to drop one of these traded Astros cards in a package for me.