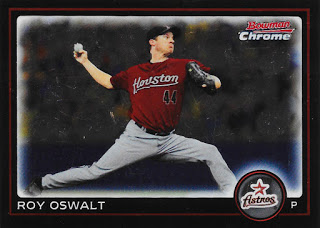 As the Greg’s note in yesterday’s post read, “there’s more to come.” Well here’s the more! Another package from our friendly neighborhood Night Owl showed up this weekend, which was only fitting as I had mailed one to him as well. This one was heavy on the shiny stuff, like this Roy Oswalt from 2010 Bowman Chrome. I have to say, out of all of the post-2000 Bowman sets which generally run together, I think the simplicity of this design makes it one of my favorites. 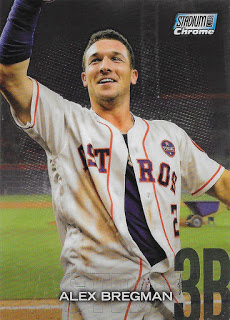 Most of what Greg sent over in this package was new stuff, like these two Chrome-alicious Bregmans. The Stadium Club is a photo of Alex after his Game 5 walk-off in the World Series last year. I’m sure Greg was happy to move that one out of the house. I think the photographer in the red takes this photo somewhere shortly after the 1:45 mark in this clip. It has to be just a bit after they cut back to the replay, given that he appears to have crossed the first base line. The Topps Chrome is a lovely refractor version. 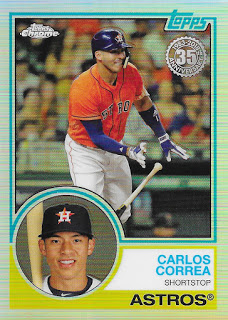 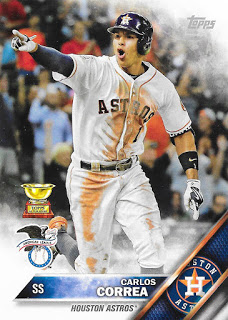 Speaking of refractors, Greg sent this 1983 Throwback refractor of Correa, along with a decidedly less shiny card of the young shortstop. Wait a minute – this one doesn’t have any shiny at all! That’s a grey Topps logo! This is one of the cards from the 2016 AL stars blister packs. Great! 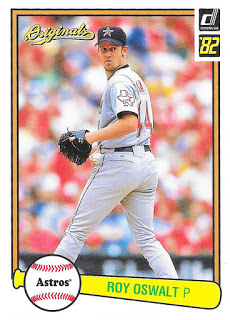 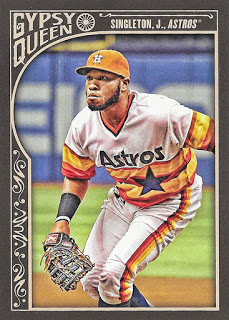 That wasn’t the only 80’s throwback, though. Here’s another throwback design, with Donruss shooting it all the way back to 1982 with this Roy Oswalt card from the 2002 Donruss Originals set. I had this Singleton already – the only card he sent that was already in my collection, but I just love that tequila stripe jersey too much not to show it off here. 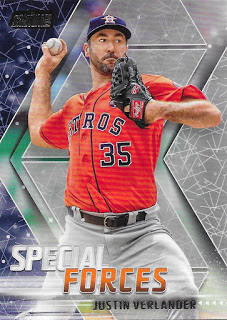 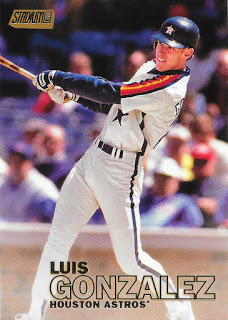 Ooh, some fancy Stadium Club cards! The Justin Verlander completes the trio of Astros I needed from this year’s Special Forces inserts. It’s hard to see on the nameplate foil, but if you check the logo mark on the 2016 Luis Gonzalez you can tell that it’s a Gold Foil parallel. Hooray! 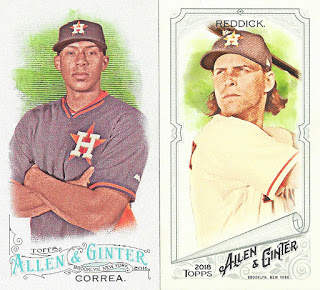 As always, it just wouldn’t feel like a Night Owl package without a mini or two in tow. I don’t come across to many of these and haven’t been actively hunting them down, so the 2016 Correa and 2018 Reddick are much appreciated. Oh, and there’s something else, too – 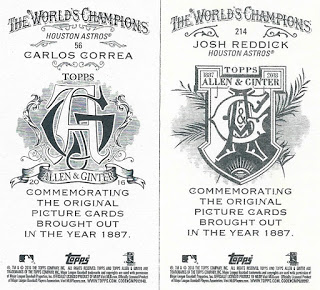 They’re A&G backs! I have to say, I like the 2016 design a bit more than the 2018 shield graphic. Hm, has anyone out there written about the evolution of these A&G backs? I bet I know a guy that could take on a topic like that…

0 Replies to “Return of the Night Owl”