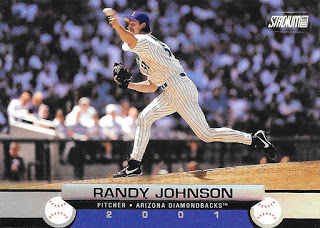 As we I mentioned at the beginning of yesterday’s post, Nick is an absolute Dime Box legend. We all know this, surely, but were you aware that he’s a trading legend as well? Not only did he send me a lovely bunch of Astros which I documented yesterday, but also he managed to hit up several other guys I collect and even dropped several more Buccos in my lap.

Let’s start big – Big Unit that is. Stadium Club’s late 90’s issues are probably my favorites, but the 2000 and even 2001 sets are still very strong. This one gets it perfect. 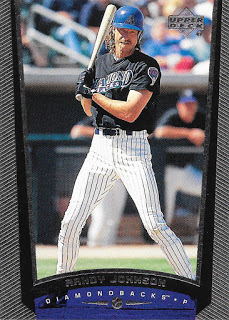 Nick even sent me a card of Randy with a bat in his hands! I’ve got to admit, a pitchers batting mini-collection has often crossed my mind. I try not to let it linger there, though – I’ve got enough going on here. There was some fantastic Pudge Rodriguez content in this package as well, including this action shot. 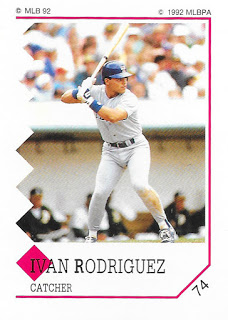 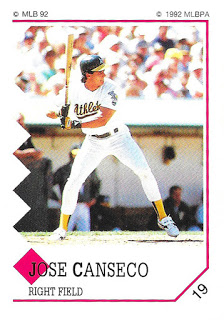 And also this Panini sticker from 1992! Nick even snuck some Cansecos into this package. I kind of let that collection loose once I decided to pare down a bit, but stickers are rad and this one is a keeper. 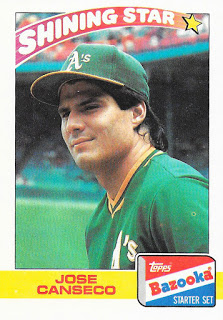 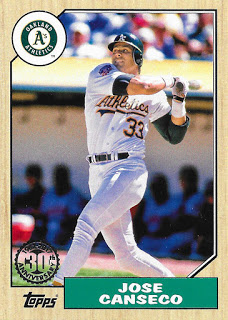 As are these two – because one is a food issue, and another is a very nicely done 1987 Throwback that just feels really good in hand. 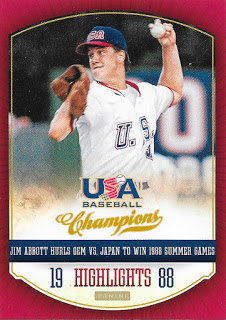 Here’s another guy who I’m not chasing anymore, but can definitely appreciate some solid cardboard of when I come across it. Skybox E-XL from 1996 is one of my favorite 90’s sets – and possibly the first paper framed cards to come out. I’m not entirely certain, but they’re certainly the first ones I can recall. I love the USA highlight card from the 2013 Panini USA Champions set. That’d be another good one to send off for an autograph. 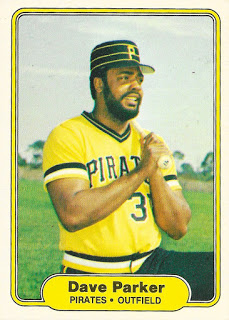 As promised, there was plenty of good Pirates content in this grouping as well – in fact, that’s going to be the rest of the post, so strap in, and crank up Sly & The Family Stone. Cobra’s in the house! It’s another Kellogg’s card too! 1981 Fleer is certainly a superior design, but something in me really loves the simplicity of the 1982 Fleer set.

Oh man, what’s this? An absolutely delightful oddball of Roy Face, the Baron of the Bullpen? Yes please! This was an exciting find. 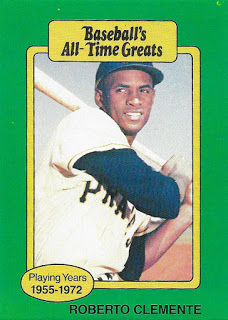 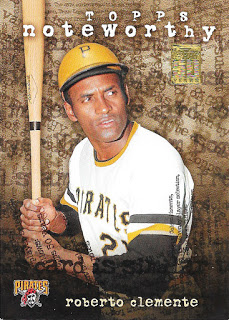 Nick also found me a great pair of Great Ones, including the 1987 Hygrade issue. The Pirates uniforms are so classic looking. I just love them. 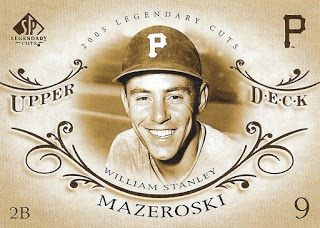 But the thing that really put a big smile on my face was this – new Mazeroski cards! Thee’s a lot going on here on the front of this 2005 SP Legendary Cuts base card. Set logo, team logo, position, uniform number, full name, Upper Deck, stylized filigree – I mean a lot going on here. I dig it though – maybe it’s just Maz’s beaming young smile sucking me in. I’d love to see this set reworked with a little of the noise removed, though. Hmmmmm. *files this away in custom cards notes* 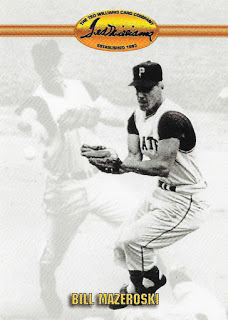 There was not one, but six new Mazeroski issues awaiting me in the envelope. You’re going to see them all, including this 1994 Ted Williams, which I’m a tad bit surprised I hadn’t picked up yet. 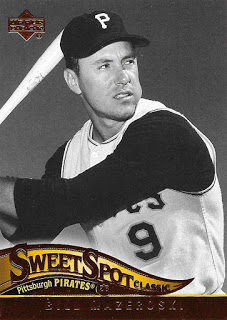 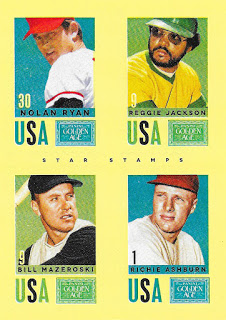 Oooh, here’s an issue of photo re-use by different brands! That’s a mid-aughts Upper Deck Sweet Spot Classic card on the left – and a rather nice looking card it is, I must say. On the right, we have one of the four-up Star Stamps stickers from 2014 Panini Golden Age. This goes into the Maz binder, and not the Nolan collection because, well, priorities. That’s also Nolan with the Angels, so I don’t need to sweat tracking down another copy. 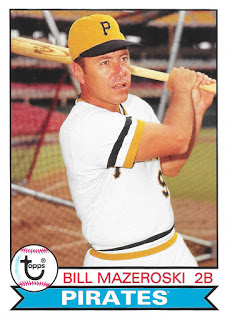 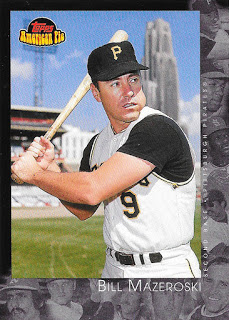 Here’s a pair of Topps cards to round out the six-pack. One is a recent Archives issue, the other comes from the 2001 American Pie set, taken somewhere down the first base line at Forbes Field – if the stands weren’t enough for you, the Cathedral of Learning towering in the background should have been a dead giveaway. Rollie Fingers, Roger Maris, Billy Martin, Nolan Ryan, Yogi Berra, Reggie Jackson, Bob Gibson, Frank Robinson, and Maz himself make cameo appearances in the border. At least I think that’s Billy between Roger and Nolan.

The Mazeroski cards were far from the only thing to smile about, though. The thing that brought the biggest beam to my face was this last card: 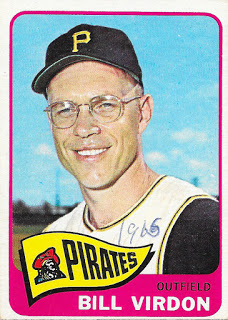 A gently-loved 1965 Bill Virdon! In case you didn’t know the set by the design, someone has helpfully scrawled some assistance on Bill’s left shoulder. That doesn’t bother me, though – it’s an excellent card of this former ROY, outstanding outfielder, and (still) winningest skipper in Astros history! Aside from the addition, it’s in pretty nice shape as well.

Thank you so much for the excellent package, Nick! Sorry it took me so long to post about it, but know that these were most appreciated.