Alright, you know what time it is: time to crush that backlog of trades that have gone unblogged. This delightful package came from the esteemed Kerry at Cards on Cards, and arrived at the end of September. I’d sent a handful of fun Cardinals his direction, and in return was blessed with a very neat package of Astros. Kerry, sorry for not posting these sooner!

Right off the bat, I knew this little mailer would be special – there was a Carlos Correa coin from Archives sitting on top of it! I don’t know why I keep trying to scan these instead of just photographing them, but I do. The Astros oddball collection kindly accepts your donation, Kerry. 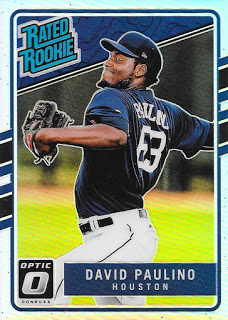 There was all manner of fun stuff in this package, including some shiny Donruss Optic cards. The Correa is a pink parallel of course, but you may have missed that the Paulino is a holo parallel. 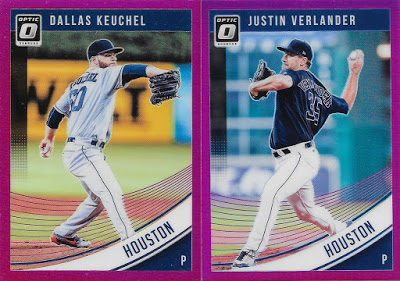 More pink stuff from 2018. Some people gave this design grief, but I thought it was a nice nod to the ’84 design without a full mimicry (yes, I know those were the higher numbers in the set).

MOAR PARALLELS. This package was straight out of a parallel universe. Here’s Kyle’s older brother showing up on a blue 2013 Bowman. 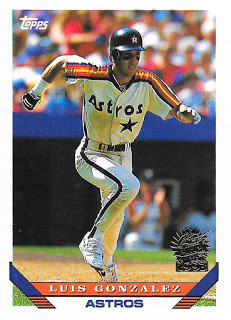 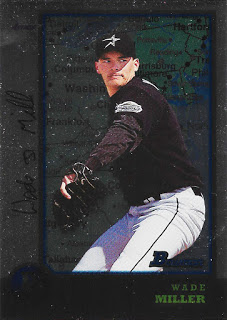 NINETIES PARALLELS! Oh dang, Kerry really hit the jackpot on this one. The inaugural Marlins parallels from 1993 Topps aren’t easy to come by, so that is very appreciated. The Wade Miller is a hometown parallel of a player I really enjoyed watching here in Houston, so that’s nice as well. 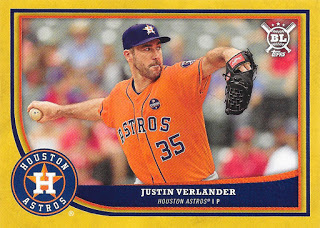 The parallel madness continues with this superb “gold” Verlander from 2018 Big League. Some would argue that the Bregman is also a parallel, but as the player’s weekend nickname cards only correspond to a couple dozen cards in the set, I’d say they’re more of an SP variation type. Potato, potahto, it’s a nice pickup even with those hideous baby blue sleeves. 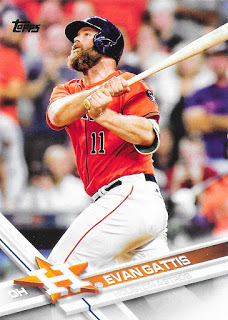 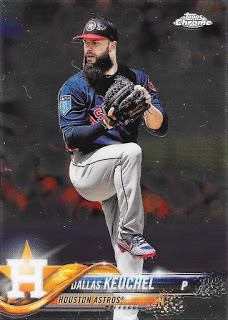 A couple guys who (most likely) won’t be with the club come Opening Day. There’s still an outside shot they re-sign Keuchel. The Gattis knocked out my 2017 flagship needs. I like that Topps used different photos in Chrome this year, but did they really have to go with ST photos for a midseason set? I mean, at least airbrush those suckers and get rid of the hideous patches. 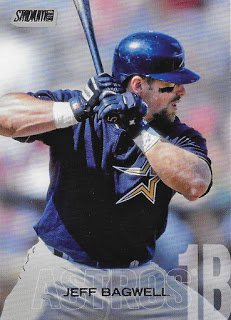 Oh hot damn, Kerry sent me the 2018 Stadium Club Bagwell! This design has really grown on me, too. Sure, the position designation is wayyyyy too big, but it’s a very good Stadium Club set.
Hmm, this makes me think about doing customs that are slight design revisions and “fixing” card designs. That might not be out of the question this year.

Finally, Kerry sent along this great jersey card of current Astros prospect Brady Rodgers! He’s got potential, and should be back after missing last year with Tommy John. It’ll be interesting to see his return and if he returns to form.

Thanks for the cards, Kerry!